Prepare For Change
Home Article Exit From The Matrix: Individual vs Controllers 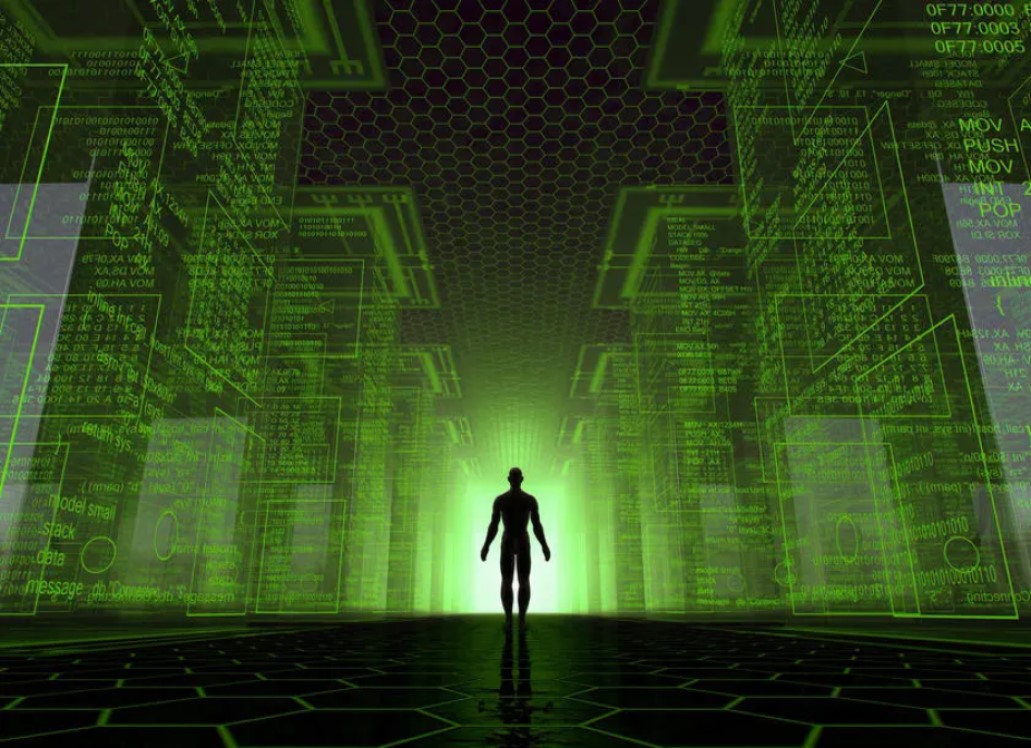 Everything I’m writing in this piece is bolstered and backed up in spades by my collection, Exit From The Matrix, which is all about the individual reclaiming his creative power. The collection contains many exercises designed for that purpose.

I cannot tell you how many times I have seen individuals achieve success through their own efforts—only to turn around and say:

“From my new position, my new point of view, I see what all of us together should do to usher in a better world…”

And in that superficially agreeable statement, they are implicitly denying the right to other individuals to achieve their own success.

They are slamming the door shut.

This IS what Globalism is all about.

Back far enough away from this Globalist world, and you’re looking at science fiction made real.

Author Philip K Dick: “Because today we live in a society in which spurious realities are manufactured by the media, by governments, by big corporations, by religious groups, political groups…So I ask, in my writing, What is real? Because unceasingly we are bombarded with pseudo-realities manufactured by very sophisticated people using very sophisticated electronic mechanisms…it is an astonishing power: that of creating whole universes, universes of the mind. I ought to know. I do the same thing.”

In this Globalist world, the individual is considered to be a cipher, a person without status or meaning. It is the mass, the group that counts.

The notion that the individual, within himself, has the power to affect the course of events seems absurd.

Yet it is exactly this juxtaposition that can give birth to extraordinary and unforeseen possibilities. The juxtaposition of: the rebel against the colossus.

The journey to discover one’s own authentic power is what is called for.

In 1974, Frank Herbert, the author of Dune, wrote this: “The current utopian ideal being touted by people as politically diverse (on the surface, but not underneath) as President Richard M. Nixon and Senator Edward M. Kennedy goes as follows — no deeds of passion allowed, no geniuses, no criminals, no imaginative creators of the new. Satisfaction may be gained only in carefully limited social interactions, in living off the great works of the past. There must be limits to any excitement. Drug yourself into a placid ‘norm.’ Moderation is the key word…”

The “utopian ideal” is sameness. It is promoted. It is propagandized. It is bought and sold. Underneath that illusion, what still lives? 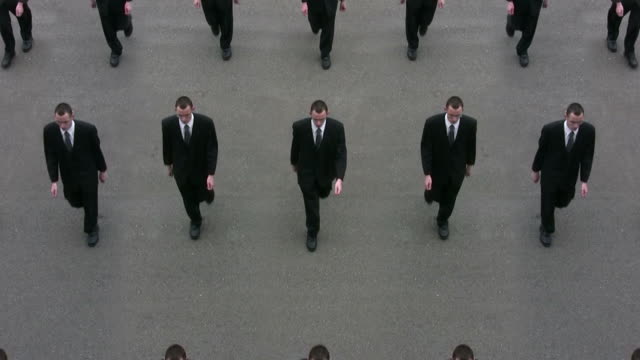 The individual and his power.

This is the dormant force that, even at this late date in history, remains to be explored.

Part of that exploration is weeding out and disposing of cynical philosophical exploitations such as: “all power is evil.”

Not when you’re talking about the voyage of the individual as he discovers what is within himself.

I keep saying that, and I’ll keep on saying it.

The utopian ideal of Globalism is not only an illusion and a deception, it’s an impossibility—which is to say, all projections of a uniform society based on a group-outcome, in which we agree on an image of what we strive for…there is no freedom in that. There is no actual harmony in that. There is no passion in that.

The society to hope for and work for is an open one. And that means individuals, self-empowered, imagine and independently invent their own greatest multiple futures and realities simultaneously.

And for that to happen, individuals have to discover what their own power is.

Let me put it this way. The Globalists are painting a gigantic mural, which they call Reality. They want us to look at it, be hypnotized by it, and walk into it, to take up residence there.

Freedom is not uniformity. It never was.

The overthrow of the machine of control eventually comes back to this: how many individuals are awake and alive to their own power, their own power to invent the future they most profoundly desire?

Then, the energy shows up in abundance.

Excuses for not doing what I’m alluding to here are endless. People make them up by the ton. Postponement Inc. and Distraction Inc. are always flourishing.

It’s even fashionable to be confused, and then parlay that into a solid story of irreversible victimhood. But,…

“At the core of every true talent there is an awareness of the difficulties inherent in any achievement, and the confidence that by persistence and patience something worthwhile will be realized. Thus talent is a species of vigor.” –Eric Hoffer

“Don’t loaf and invite inspiration; light out after it with a club, and if you don’t get it you will nonetheless get something that looks remarkably like it.” –Jack London 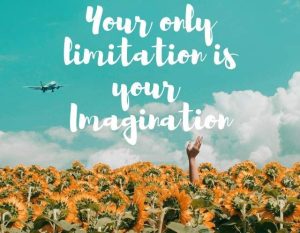 CREATE is a word that should be oceanic. It should shake and blow apart the pillars of the smug boredom of the soul. CREATE is what the individual does when he is on fire. It’s about what the individual invents when he has thrown off the false front that is slowly strangling him. CREATE is about the end of mindless postponement. It’s about what happens when you burn up the pretty and petty little obsessions. It’s about emerging from the empty suit and empty machine of society that goes around and around and sucks away the vital bloodstream.

Exit From The Matrix is the realization of those clues, fleshed out, clarified, and embedded in techniques and exercises anyone can do on a daily basis. 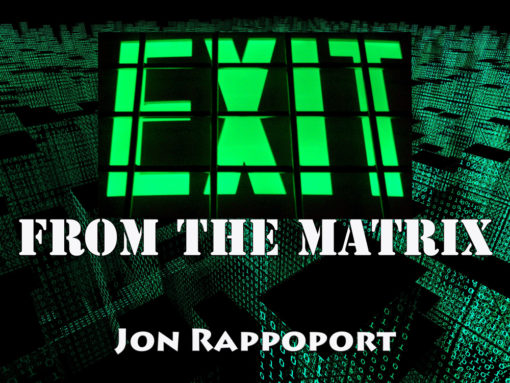 Jon Rappoport talks about his Mega-Collection, Exit From The Matrix

Click the image to explore Jon’s complete series of how to exit the Matrix.