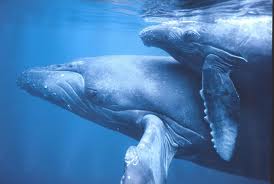 Not only have whales been showing up dead with dozens of pounds of toxic, plastic waste inside their stomachs, the U.S Navy plans to raise the death toll by conducting underwater testing of explosive weapons and sonar devices. Tests will be and are taking place in the Atlantic and Pacific oceans, including the Gulf of Mexico. These events are set to commence and take place from 2014 through 2019. The title is not an exaggeration, depending on the vicinity of the animals detonating these explosives underwater, it will kill whales and dolphin and injure many,according to two environmental impact statements released by the military.(1)(2)(3)(4)(5)(6)(7)(8)

Keep in mind, these events have been occurring for a number of years, and are responsible for the death of large amounts of marine life. (9)

The Navy is not denying these facts. They have admitted that most of the deaths would come from detonation of explosives, sonar testing or animals being hit by ships. Although I do not trust Navy estimates, according to their computer models this activity could kill hundreds of whales. The Navy said it developed the estimates by totaling the hours it will test and practice with sonar, torpedoes, missiles, explosives and other equipment for five years.  This testing will be (and already has been) responsible for the death of thousands.

Take action by sending an email to The Honorable Charles T. Hagel, U.S. Secretary of Defense. You can email him at [email protected]  Feel free to use this sample letter provided by PETA. Sign a petition here as well as here.

According to Green Peace, government estimates are calculated at 138,500 whales and dolphins will be injured or killed.(2) There are also corporate interests here, exploration companies are allowed to use dangerous blasts of noise to search for offshore oil and gas. The U.S. Department of the Interior is considering allowing geophysical companies that work for the oil and gas corporations to use these techniques in the Atlantic Ocean, from Delaware to Florida.(2)

“There are no noise-cancelling headphones to stop the U.S. Navy’s 235-decibel pressure waves of unbearable pinging and metallic shrieking. At 200Db, the vibrations can rupture your lungs, and above 210 Db, the lethal noise can bore straight through your brain until it hemorrhages that delicate tissue. If you’re not deaf after this devastating sonar blast, you’re dead. This is the real life of marine mammals destroyed by the U.S. Navy’s all-out acoustic war on the world’s oceans. The collateral damage of this high intensity military sonar is shocking. But because all these millions of dying whales or dolphins are too often out of human sight, they’re also out of mind” (8)