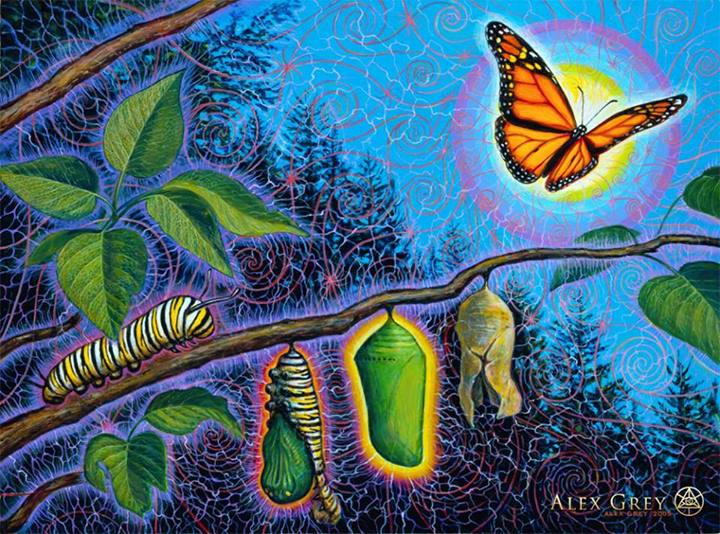 “I believe that unarmed truth and unconditional Love will have the final word in reality”. – Dr. Martin Luther King Jr. (1929-1968) 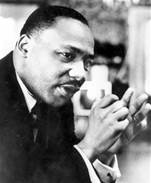 We at Prepare for Change believe Dr. King.

We are discovering that the current system has failed.   We need a new one. And we are getting one.

There is nothing to be afraid of, because we will move from a society of lack and scarcity to one based on abundance, prosperity, cooperation and unconditional love.

In truth, we are all having a crisis of consciousness.    We have forgotten the symbiotic relationship that exists within all of us but we are starting to remember that our integrity interdepends on everything else in our world.

“We are now to awaken from the illusion of our separateness.” – Thich Nhat Hanh

Let’s rejoice!  The coming changes are all positive!  The unveiling is happening now. We ask for your support and cooperation to help all of us make this sudden and radical change into a world where despair and darkness will no longer exist.

It has been decreed by the heavens that it is time to forgive ourselves for allowing our great nation to be overrun with evil. The evil took away our unalienable rights and freedoms. America will once again be a great example and a shining light of truth to the world.

We will stand together against lies and darkness until all “darkness” ceases to exist. We will create a sustainable global society where everyone is taken care of and everyone is truly free! We will become a place where no secrets lie under darkness, where truth will be out in the open.

We have become slaves of the global corporate elite and the banking families that rule the world. They have controlled and destroyed everything and everyone who opposed them.

We have been living in a violent, brutal, aggressive, conflict-ridden, destructive system, permanently maintained in a constant state of crisis. But no longer.  It’s over. 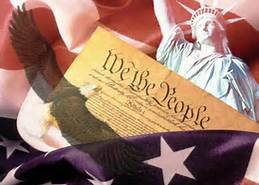 It is time to reinstate the United States Constitution from 1789 and reestablish our Bill of Rights. We will return to the Supreme Law of the Land and set an example of freedom for the rest of the world.   It is time for us to again become one world under “God” with Liberty and Justice for all.

We will become an example to the world for peace, freedom, justice, truth, wisdom, and kindness.  The  current systems are corrupt and do not support life and therefore we need those systems to peacefully dissolve, as they are no longer needed.

The corrupt, selfish systems and institutions, which serve only a tiny few, such capitalism, socialism, fascism, and communism will give way to a peaceful transition into a new Earth. Those institutions will be replaced with what is truly real:  Love and only Love.  “Love one another as you would love yourselves.” 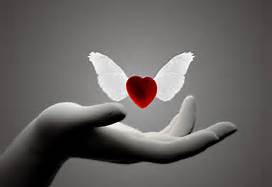 Together we can dictate every thought, word, deed, and action so that a new reality is manifested for all humanity. This is God’s Divine Plan, to engineer heaven on earth.  “There is no religion bigger than Love.”

It is time to end the enslavement plan designed by the global elite.   This tiny group of people runs a syndicate of money and markets that only benefits their own tiny group.  It is time to eliminate these corrupt institutions:  the United States Congress, the Federal Reserve banking system, the Bilderberg group, the Committee of 300, Skull and Bones, the military arm of the Jesuits, the European black nobility and other so-called nobilities (who certainly are not noble in spirit), and all the public and private institutions of the world that care nothing for people.

Here are more names: Goldman Sachs, Bank of America, Wells Fargo, HSBC.  Then we have The Vatican banking system, alphabet agencies, such as NSA, NORAD, CIA, FBI, MI5, MI6.  Overseas, but really under the same tiny group of people are Mossad and Al-Qaeda and Daesh.

All the other terrorist, military and paramilitary organizations and other secret societies and institutions  enslave humanity through the abuse of power, consolidation of wealth, social stratification, technological paralysis and labor abuse. These impressive-sounding organizations with their big powerful structures are each simply a cover for dictatorship by the ruling elite. 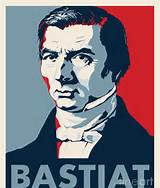 “When plunder becomes a way of life for a group of men living together in society, they create for themselves, in the course of time, a legal system that authorizes it and a moral code that glorifies it” – Frederic Bastiat

It is time to end the rigged insider’s game in where the rich get richer and the poor get poorer.   We have been so heavily indoctrinated to accept this system, because we are always denied the tools to do critical thinking on how to successfully solve real problems.  This is going to change!

It is time to end the system that denied basic medical care to its citizens, that made subprime loans to poor people, then collateralized them, then raised their rates, and then evicted the owners in order to keep citizens properties in a never-ending, one-sided profit machine.

It is time to close the scam of insurance companies.

It is time to end the illegal wars that go on and on.    There  is World War One,  World War Two, Korea, Vietnam, Central America, Africa, Afghanistan, Iraq, Libya, Syria.   And what has come of these wars other than death and destruction?  In truth, with each war,  citizens rights go away,  martial law rises, prison camps are built, patriots are murdered. 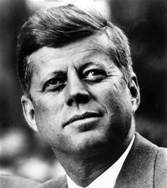 “Mankind must put an end to war before war puts an end to mankind”. – John F. Kennedy

It is time to bring to justice everyone who designed viruses such AIDS, SARS, avian flu, swine flu, cancers and other fabricated flus, super resistant bacteria among many other diseases.

Some of these are racially specific and vaccines whose only purpose was to sicken even further the entire world population while spread disease and kill in the name of responsible “population control,” which really equals depopulating the globe.

It is time to end the Big Pharma poisoning and murdering of patients through the use of toxic, lethal drugs in order to keep them sick, while creating huge profits, and buying and hiding all patents of affordable and effective remedies and cures that would rid our world of so many diseases.

It is time to inform the world that most illnesses that plague our world, such cancer, among many others are curable.

But these same cures are being purposely being kept away from any public access.  This is going to end!

It is time to end all GMO (Genetically Modified Organisms) production and not just label it, but completely remove it from the shelves and remove it from all crop fields around the world.

It is time to end the poisoning of our public water supplies that are purposely polluted with highly toxic chlorine, fluoride and harmful heavy metals to keep the general populace dumbed out, compliant, sick and controllable.

It is time to bring to justice those who sprayed our skies with chemtrails,  causing sickness and death from toxic and harmful chemicals and heavy metals. 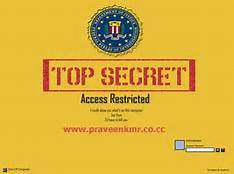 It is also time to bring to justice those who murdered inventors. They were the ones who discovered how to make cars run on water, provided free-energy devices, and created safe, efficient and non-polluting public transportation vehicles such as the Maglev magnet propulsion technology  (no wheels, 4,000 miles per hour, and travels on land and under water from France to China in under 2 hours!).

And what about the highly advance star travel space machinery and technology that creates abundance?

It is time to inform the world about how we have been kept ignorant through “black budgets and secret projects”  from the knowledge of the populated solar system, galaxy and universe. It is time to let everyone know we have created a secret space service fleet called “Solar Warden” with advanced Aurora type space ships that can reach distant planets and star systems.

We have colonized the moon and Mars since the 1970s or before!

It is time to open for public scrutiny of the many E.T. races that frequently visit our planet.  What about the 1947 Roswell incident?   It was real, folks.

It is time to open up the areas of secret research.   What about those back-engineered miracles gained from downed space craft and the secret treaties put in place for exchange of technologies for research with the extraterrestial Greys, among other E.T. races, who have visited our planet for hundreds of thousands of years?   They kept this information and its records secret from public history and knowledge!

It is time to stop the pursuit of a Third World War with Syria, Iran, Russia, Korea, or China!   These wars are simply methods to depopulate our Earth.

It is time to end all the illegal, horrible, detaining dungeons (Guantanamo, anyone?)  scattered around the world.

Understand that most people in prisons are uneducated, and come from low-income families.

America, the “civilized nation,” has the highest prison population in the world!

Terrible home conditions, and unhealthy living situations lure people into criminal and violent behavior while the more affluent parts of our society looks the other way.

Our legal system also ignores the root cause of this behavior. Imprisonment has become a completely failed social experiment that does not work except for the private corporations who have rigged government contracts to serve them only.

Our current governments spent budget of billions of dollars every year in prisons and police but only a small fraction of that budget is spent on programs to abate poverty that would prevent these sad situations. 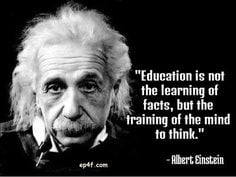 “We cannot solve problems with the same level of consciousness that created them” – Albert Einstein.

It is time to stop the use and development of HAARP (High-Frequency Active Auroral Research Program) and to stop engineering these huge Frankenstorms that cause or amplify earthquakes and hurricanes (including Katrina and Sandy), killing hundreds of thousands along the way, destroying homes and a lifetimes of work.

It is time to stop the speculation of currencies that bring down national economies around the world. It is time to end the shark loans to third-world countries.

It is time to put an end to a public world media system that never educates but serves to brain wash unsuspected masses of viewers to perpetuate the current slave system. 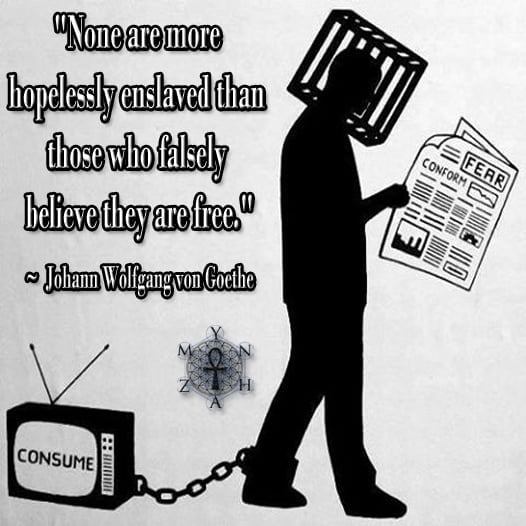 “None are more hopelessly enslave than those who falsely believe they are free.” – Johann Wolfgang Von Goethe (1749-1832)

It is time we stop supporting the current slave system. The only way this slave-system establishment will end is if we refuse to participate. 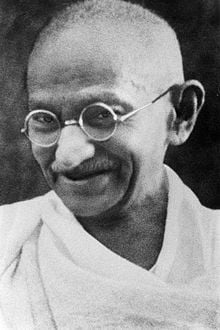 ”Be the change you want to be in the world”. – Mahatma Gandhi

It is time to step into who you are going to be and into your I Am. See yourself as God sees you; perfect, whole, beautiful and shining brightly!

Educate yourselves!   Education is now the most important factor for humanity at this point. 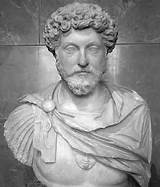 “Only the educated are truly Free”. – Epictetus.

17 thoughts on “It Is Time For Change”