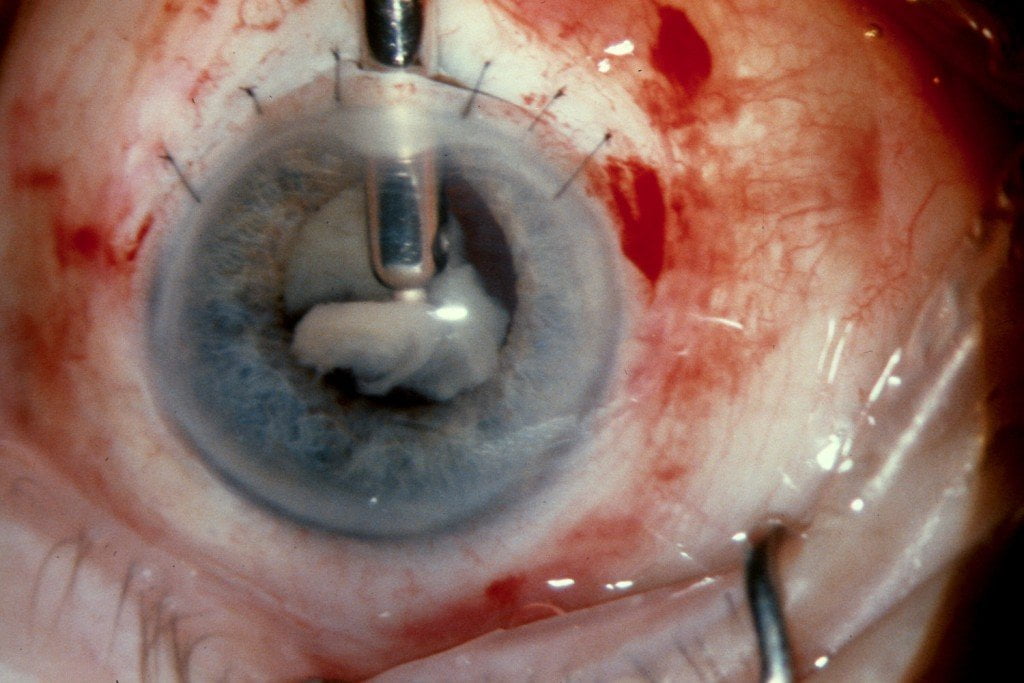 Facebook
Twitter
Pinterest
WhatsApp
ReddIt
Linkedin
VK
Email
Telegram
Viber
Print
LINE
Tumblr
Mix
Digg
Naver
Cataracts cloud the eyes of tens of millions of people worldwide today, the cause of which scientists still don’t entirely understand. Currently, the only treatment is surgery—lasers or scalpels cut away the molecular grout that builds in the eye as cataracts develop, and surgeons sometimes replace the lens. But now, a team of scientists and ophthalmologists has tested a solution in dogs that may be able to dissolve the cataract right out of the eye’s lensthrough the use of steroid drops.

The current theory of cataract formation states that the condition has something to do with lens proteins, called crystallins, clumping together irregularly and forming a foggy layer that obscures a person’s vision.

For years, scientists have been working diligently to study the clumping patterns of crystallins in efforts to find a solution, and just recently researchers at University of California (UC), San Diego made some exciting strides.

Lead researcher and molecular biologist, Ling Zhao, and her team proposed a steroid eye drop solution after finding that children with a genetically inherited form of cataracts shared a mutation that stopped the production of lanosterol, a widely produced endogenous terpene. The team’s proposition was further supported when they found that the children’s parents who did not have the same mutations produced lanosterol and had no cataracts.

The team tested a lanosterol-laden solution in three separate experiments. First, they used human lens cells to test how effectively lanosterol shrank lab models of cataracts. They saw a significant decrease. Then, they progressed to rabbits suffering from cataracts. At the end of the 6-day experiment, 11 of 13 rabbits had gone from having severe or significant cataracts to mild cataracts or no cataracts at all.

Finally, the team moved on to dogs, using a group of seven, including black Labs, Queensland Heelers, and Miniature Pinschers with naturally occurring cataracts. The dogs responded just as the researchers hoped to the lanosterol solution, which was given in the form of both eye injections and eye drops. The dogs’ lenses showed the same type of dissolving pattern as the human and rabbit lens cells.

While the exact mechanism of how lanosterol manages to disperse the mass of proteins remains unknown, scientists involved in cataract research are thrilled by the new advancement.

“This is a really comprehensive and compelling paper—the strongest I’ve seen of its kind in a decade,” says Jonathan King, a molecular biologist at Massachusetts Institute of Technology in Cambridge, not affiliated with the study. He has been investigating cataract proteins since 2000. “They discovered the phenomena and then followed with all of the experiments that you should do—that’s as biologically relevant as you can get.”

Zhao says that human trials are the next step in the team’s research.