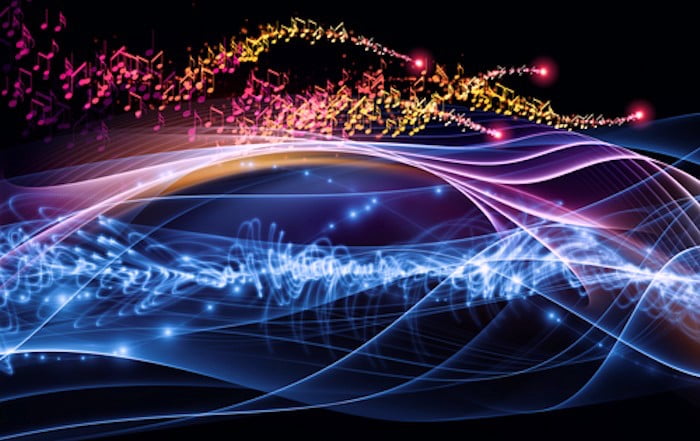 The most common and widely accepted definition of music includes three main elements: rhythm (timing), timbre (nuance) and pitch (height). Secondary elements might be added, to account for various uses of music by different cultures. All of these define and govern derived and associated concepts, and if this is the first time you hear about them, you don’t need to worry about what they mean.

Traditional music theory has been concerned with breaking down and analyzing these elements, giving definitions to established musical practices through them, and using them as basis for theoretical contrivances meant to standardize practice.

This research goes the opposite way: it looks at the core, the source of all musical elements common to all cultures and explores what music is by tracing direct correlations to it, without layering concepts or giving circular references. The What Music Really Is study shows how all the music in the world, from all time periods in recorded history, have as common basis only one element: The Harmonic Series.

It is a fact that all musical elements come from The Harmonic Series. For example:

Therefore, The Harmonic Series is the only element that can naturally define music. However, if we were to take one last back step in order to see the complete picture, another mysterious element should be taken into consideration: Silence.

As such, the only two elements that can truly define music are Silence and The Harmonic Series:

Every musician should be aware of the Harmonic Series, since it is the very foundation of the musical arts. That’s why the What Music Really Is study makes Nature’s Harmonic Series its primary objective.

What Harmonics and the Harmonic Series Really Are

The actual physics of light diffraction
might not be accurately depicted

The sounds within one sound are called harmonics. (Actually, they’re called “overtones”, “harmonics” being their purest form. We’ll come back to this thought later.) The totality of these sounds forms a progression called harmonic series or harmonic spectra. In this particular case the harmonics come from a single utterance of the human voice: the perfect musical instrument.

Depicted above is the vocal “A” toned constantly by a male for about 12 seconds. The frequency is not steady; the fundamental varies constantly around 99 and 101 cycles per second (Hz), while all other harmonics follow it accordingly. Even an experienced singer would have trouble maintaining a tone at a perfectly constant frequency. It’s nature’s nature to naturally fluctuate.

The relative spacings between the simple sounds making up one complex sound [with regular harmonic structure] are the basis of all music in written history, from everywhere and at anytime. The numbers that quantify the relation of the fundamental frequency (bottom) to all other sound components (above it) can be accurately determined mathematically.

Although it is only in the past decades that we have been able to do such measurements, the principles they use have been instinctively employed from the beginning of time in music (and all other arts, sciences and disciplines). Technology allows us to confirm and understand our preference for harmony.

The picture above — or better yet, a live example with your own voice — is key in understanding what music really is. This entire research has as purpose the study of the perfect relations between naturally occurring harmonics like those depicted.

The perfect and natural unfoldment of successive energy levels, where each is a scaled reiteration of the first, follows the simplest and purest mathematical progression: 1, 2, 3, and so on. It is the precise relationship between these that has been used, for as long as we know music, for the arrangement of tones in modes (or tuning scales) of different pitches. With other words, the perfection of the sounds within one sound is where “musical notes”, rhythms, as well as all other elements found in music come from.

The Tool for Understanding Music as a Matter of Course

Visual perception is the most absorbed method of understanding. Same information, in same conditions is learned:

Therefore, the tool that makes music self-evident and turns the process of understanding it into a matter-of-course is a visual tool.

In order to accurately represent the differences between sounds, a graphic system must be used that takes into account the way humans perceive these differences.

What interests us is the grid in the background, and the precise way in which harmonics are spaced relative to one another. The background picture is the same from above. Emphasize is placed on the word relativebecause, as we shall see, no matter how the voice might drift up or down in pitch, the (sonic) distances between harmonics are always the same in relation to one another.

There are many ways of representing the sounds within one sound. Different parameters may change, like for instance horizontal vs. vertical, but the content — the relative spacing of harmonics — remains unchanged.

This simple sonic number line is the basic concept used throughout this work to convey the meaning of different musical elements. Every tick on the line represents a harmonic; the distance between harmonics reflects the way we hear them.

For example, the sonic distance between harmonics 2 and 3 as emphasized in the pictures above, inspired all cultures to tune according to the model described by it. Yet the source of this relation is not in all cases obvious.

Following are a few examples from across the world. The terms used are for demonstration purposes only; they do not constitute the subject of this work, nor are they used in this form herein.

Western music theory calls this sonic space “perfect fifth”, but rarely mentions that in practice this “interval” is mistuned through tempering. Western musicians also refer to it as the “note G” in some countries, “Sol” in others, or “the interval C—G”, respectively “Do—Sol”, whose function is that of “dominant”. It is measured in a peculiar unit called “cent”, having the value 700 (if properly tuned, its correct value would be 701,955000865387… “cents”), and the fixed frequency of 391,995435981749… Hz. These numbers are not considered natural relative to one another, since they have never-ending and non-repeating pattern of decimals.

In Indian music this is a “śruti” called “Pañcama” or simply “Pa”. It has no fixed value in Hertz because it is relative to the first “śruti” of the scale, “Sa”, which is tuned differently for different occasions, while keeping this “Sa—Pa” distance the same at all times.

In Byzantine Psaltic Chant it is called “Κε (Ke)” and consists of 42 “parts” or “moria” from “Πα (Pa)”, when the errorneous “72 moria” system of aurally equal parts is used (if properly measured, its correct value would be 42,117300051923… “moria”). Although identically titled, this “Πα (Pa)” is different from the one used in Indian music; the homonymy is a mere coincidence with no common points.

All these examples, through their use of culturally-specific terms and nomenclature, convey little if nothing to the innocent music lover or to the musician trained in another system. Therefore, their used throughout this work is completely avoided, except maybe for the Examples chapter where they get listed as peculiarities.

While the Western (Occidental) tradition is the only one to make practical use of an out-of-tune approximation of the 2|3 sonic entity, while misleadingly calling it perfect, the Byzantine music sings it pure in practice, while defining it in theory books through an out-of-tune approximation. Indian, Arabian, Persian and Turkish, Chinese, Japanese and all other Eastern (Oriental) traditions make use of it, as well as all other sonic entities, in their pure and natural harmonic form, while the definitions tend towards the mystical.

That’s because when musicians discuss music, they employ symbols for different musical elements in the form of names, measuring units and graphical notes, just like in the examples above. But the innocent music lover a.k.a. “the musical illiterate” does not understand these symbols, and does not know they are simply accidents of human history and culture, just like the music systems they represent, and not the (definition of) music itself.

The most overlooked fact among domesticated musicians is that all the symbols they use are names given to numbers and represent number-relations. They are oblivious to the numerical essence of musical entities coming not from convention, but from the very nature of sound.

I have found the following representation to be excellent in conveying all the above, without the confusion and frustration. I call this a sonic number line, where what you see is how you hear.

The numbres, the ratios, are not important at this point. They are used simply for pointing out sonic entities and distances on the number line. Most humans with an inclination for the fine arts — me included — experience a sort of repulsion towards numerical definitions and math. I am, and always was, mathematically impaired, so rest assured: if I could figure all this out by myself, you too will find it easy understanding it. This is the power music has.

If some of this sounds strange, it will start making sense as this study progresses.

This article was originally published on WhatMusicReallyIs.com under the title “Where All Music Comes From”.