Prepare For Change
Home Disclosure Scientists Have Figured Out How To Delete And Edit Memories, But Are... 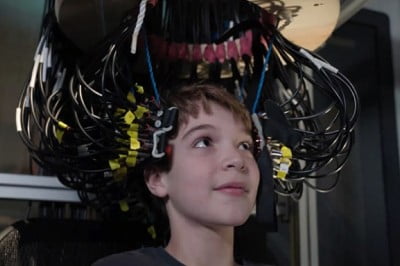 Memory is the most important part of a person’s identity, so it’s baffling that today there is still so little we understand about how human memory works. In PBS’ “Memory Hackers,” scientists from around the world let us in on their research into how to manipulate our memories in order to forget or even create new ones. The hour-long documentary interviews cognitive scientists and neurobiologists as well as their subjects to gain more insight into how these fascinating processes work and what the amazing results are.

The documentary’s producers explain the premise and motivation behind making this film by saying that,

For much of human history, memory has been seen as a tape recorder that faithfully registers information and replays it intact, but now, researchers are discovering that memory is far more malleable, always being written and rewritten, not just by us but by others. We are discovering the precise mechanisms that can explain and even control our memories.

If you’re thinking about how these studies might relate to the movie Eternal Sunshine of the Spotless Mind, you’re not far off. Among the subjects the film studies, the research of Karim Nader is explored. Nader discovered that the human memory may not be permanent but may, instead, be vulnerable to alteration each time a memory is recalled. This discovery led to hundreds of other studies around the world that were rooted in this theory, and is rumored to be an inspiration for the well-known independent movie.

One of the patients in the film is Jake Hausler, a 12-year-old boy with a fascinating and rare ability to remember everything he has ever experienced since he was 8. Jake is the youngest person to ever be diagnosed with Highly Superior Autobiographical Memory, a mental ability that allows him to recall everything he’s ever done but makes it difficult to distinguish between important and trivial memories and events. Researchers from the Washington University School of Medicine are mapping Jake’s brain to understand what makes his memory so strong and to see if this leads to new insights about how memory works.

Professor Julia Shaw, who is a researcher that the film follows as well, is an expert on false memory and the implantation of memories. Her research, which has a 70% success rate for convincing people that they committed a crime that they actually were not involved in, reveals the flaws in the criminal justice system and prisoners who were convicted purely based on eyewitness testimonythat was likely faulty.

While Shaw is researching the implantation of memories, another scientist, André Fenton, is studying the science of forgetting memories. He believes that, “Forgetting is probably one of the most important things that brains will do,” and that it’s possible that an injection could erase a painful memory. His hopes are that his research will one day help those suffering with dementia and Alzheimer’s by having a better understanding of how our brain works to remove memories.

Merel Kindt has also discovered that medication can help to remove negative associations of some memories. In her research, she was able to cure patients who suffered from severe cases of arachnophobia, which is the fear of spiders. This could lead to breakthroughs in reducing anxieties and fears in those who find daily functions intimidating, as well as help with a range of other anxiety-related issues like eating disorders.

Though this research may be fascinating and innovative, it raises the question of whether or not humans are ready for these kinds of breakthroughs. Just as the abuse of implanting memories can be dangerous for important aspects of society like being an eyewitness to a crime, forgetting memories could be hazardous for people’s personal lives and individual development. When the research turns into concrete medication or treatments available to the public, we will have to ask ourselves if we are prepared for such unknown consequences.

Watch the trailer for “Memory Hackers” below and tell us what you think in the comments!

This article (Scientists Have Figured Out How To Delete And Edit Memories, But Are We Ready?) is free and open source. You have permission to republish this article under a Creative Commons license with attribution to the author and TrueActivist.com