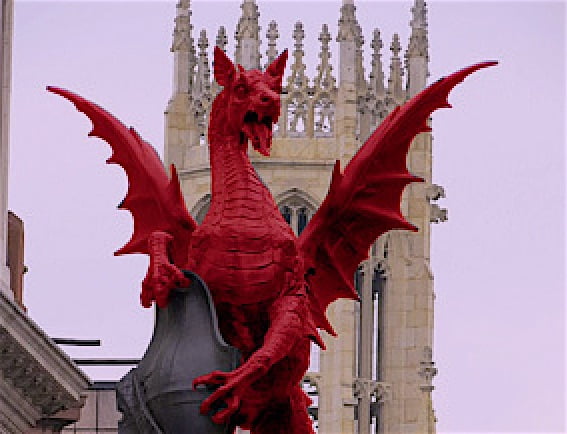 America is now under the control of a Secret Empire that is Evil beyond imagination and which threatens the well-being and survival of every common American and the whole world. An empire is a hierarchy, that is, a pyramid type military structure that is controlled at the top by a unitary command structure. This command structure is typically comprised of one person who functions as a King, that is, a complete dictator with several key “generals” surrounding him.

This secret structure is actually a hidden leftover of the European system of Kings and Queens but for the most part it has remained hidden in plain view from all those except those who are in its top circles.

Those who live under this Hierarchy of Pyramid of Control (POC) and its authority usually do not understand the specifics of this Hierarchy or who actually serves as the top ruler of the Hierarchy and runs this system, but they are nonetheless controlled by it and recognize that if they go against the rules they will fall from grace and pay a stiff price.

The Talking Heads of the Establishment’s News Cartel mind-kontrol the masses that consume their lies, false-narratives and establishment propaganda.

This is why the “Talking Heads” of the Controlled Major Mass Media (CMMM) refuse to tell the whole truth and nothing but the truth on any current news story. Instead they parrot the Establishment prescribed narrative. To do otherwise would result in their immediate job loss and being blacklisted from any place in the hierarchy every again at the same level of success, with one key exception.

This one key exception is the crafty practice of the Top Policy-Makers within the Hierarchy to allow some truth to be told by certain select Talking Heads in order to create a public sense of realism, that the Talking Heads are actually free to report what they want. 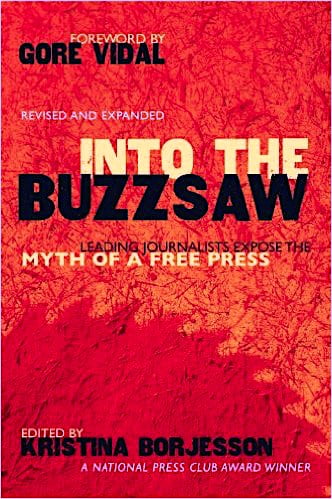 The idea here is that since these positions are always laid out as minority or divergent positions, the common frequent usual positions expressed by the rest of the Talking heads must be true because they have formed a consensus.

This couldn’t be further from the truth. The minority infrequent positions never entail the whole truth, but are best called Fractional Truth or Limited Hangout.

Sometimes these minority positions are used to deliver sanctions in order to discredit or punish those who have fallen into disfavor like Dan Rather did by reporting the Bush2 military problems. This whole process is well detailed in the excellent book Into the Buzzsaw.

Immediate and serious sanctions illustrate the Establishment’s reach and power into everyday lives.

If a Talking Head from the Controlled Major Mass Media (CMMM) ever told the whole truth, they would be immediate smeared, fired, sanctioned, seriously punished and usually blacklisted. If that is insufficient to adequately discredit what they have disclosed, then they often are “arkensided”.

Due to the instant access of information that the worldwide Internet allows, a new norm in information gathering and processing is emerging. This is the practice of astute, intelligent web-users taking all the various fractional or part-truths and connecting these dots into a greater whole that transcends anyone website or alternative news source.

In order to keep the public fooled, all top policymakers and governmental officials must have the ability to be sociopathically two-faced; that is, to present an innocent-appearing, socially desirable front to the public, coupled with a deep sociopathic evil and perverse inner nature. 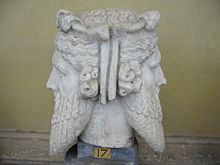 Without gaining the ability to be two-faced like this one cannot rise up in the Hierarchy.

Special initiation rites must be participated in and passed in order to be promoted to the next higher level in the Hierarchy and each level is increasingly perverse and evil than the lower one before it.

In order to neutralize this, the Evil Establishment’s Generals have provided technology and creature comforts to the masses, such as large flat screen TVs, popular music and culture, sports, hobbies. These serve as ways to keep them occupied and distracted in numerous different fractional ways so they can never address the key problems oppressing them, nor organize into masses opposing the Establishment’s secret King System and bring out the pitchforks if necessary to impose serious regime change.

It’s hard to take on the root cause of a problem which is this hidden King System that controls a near worldwide Establishment Hierarchy of Evil and pure anti-humanism and keeps the masses controlled and victimized in lockstep.

The Hierarchy’s Top Generals enact the edicts of the King according to his will and set policies.

Tradition is often important here and the King usually tries to keep using age old practices which have well served the Hierarchy.

These “Top Generals” enact the King’s edicts upon the whole Hierarchy from the top down, using a well organized system of subordinates, Cutouts, sellouts and stooges, all who cooperate in order to gain access to taxpayers money much like pigs at a trough at a pig farm.

Authority is distributed from the top down with more and more at each higher level until you reach the hidden, secret King who functions as an Evil Dictator.

Traditionally in England during the Mid-evil times, lack of compliance with a King’s edicts resulted in an immediate sentence of death. This is similar to a Top General during wartime betraying a direct order. The ramifications are unforgivable and certain once one so falls from grace of the King or the Hierarchy (the Establishment).

The King like in any Kingdom has reach all the way down to his lowest subjects through his command Hierarchy.

The Command Structure of this Evil Hierarchy reaches all the way down into every community, every major corporation and employer, every police department in America. The result, if you violate the edicts and prescribed norms of the Hierarchy anywhere, especially at the top levels, there is reach all the way down to your local police.

They can be ordered to harass you and will do so as the order is passed down. Often they will be given a false-narrative that justifies it in their minds such as this person is a highly dangerous domestic terrorist when such is clearly a lie.

America just happens to be part of a worldwide Empire of Evil which becomes recognizable to top Corporate leaders, Talking Heads and Government Officials and politicians as the “Establishment”. This has been historically called the Blue-bloods or the Eastern Establishment. The Top Generals and Top Policy-Makers of this Evil Establishment Empire use the Secret Societies as cover.

These secret Societies although they seem separate are actually organized into the Hierarchy structure. And the Top Generals, the King and those in the highest positions of the Hierarchy are actually deeply involved in Pedophilia, child sacrifice and human vivisection. Until the Franklin Credit Union Coverup, the Finders, the Marc Dutroux (Butcher of Belgium) affair, and Jimmy Saville, this was largely unknown.

In Belgium, the Dutroux butchery of Children was so covered up by the CMMM and the government that thousands of people rioted in the streets and forced the arrest of Dutroux. But the case was limited; there are the facts he was providing kids for kings and princes to hunt on Royal hunting lodges, pedophile and then sacrifice them; this was well-suppressed. If the people of the world only were able to hear the truth and then integrate it and take mass action…

By the way, as things are right now, this evil is so incredible to the people’s mind-kontrolled mindset that it would never fit into their heads unless christened by the official CMMM and top USG officials in lockstep.

As George Orwell once said, in a time of universal deceit truth is revolutionary.

The Internet and its Alternative News Media are making this mainstream at a rapid rate and the Establishment knows it must institute their Globalist NWO System soon or their cover will be blown and the peasants will amass with pitchforks.

The best most realistic description is perhaps the designation that this secret, hidden Empire of Evil is the private Anglo-American Banking System run out of the City of London by the leaders of the Khazarian Mafia (KM).

It is this system that creates counterfeit script and lends it out at pernicious usury to those who should really be the original owners. The overall purpose of such a system is to impose a secret means to transfer of earned and accrued wealth of the people of the world to those who own and control this private Counterfeiting, financial fraud system.

This of course is designed to create a secret worldwide debt-slavery upon the common man, a system which can be used to impose the will of the few and produce any world events they desire.

The current secret Kingdom or Hierarchy we as Americans now live under actually is that of the Khazarian Mafia (KM), an occult-based system which dates back to the time of Napoleon when Rothschild infiltrated and hijacked England and the City of London and took control of the English Fiat Banking System.

As the British Empire waned, the KM Banksters took this Empire of Evil covert, and gave up most of their colonies but kept their monetary system in place. The US Petro Dollar today is the vestige of this Rothschild City of London System characterized by the Khazarian Mafia, representing a worldwide system of debt-slavery, tyranny, false-flag terror attacks, imposed disease, war, mass death and destruction — all for financial gain for the KM Hierarchy and in order to maintain their control over the people they presently enslave.

The Endgame to all this?

There is an end-game to all this, and that is the roll-out and attainment of a Globalist NWO System of war, mass-death, destruction and Hell on Earth in order to produce a one-world Satanic regime that they control. In the last 20 years, they have suffered delays and obstructions and are becoming more desperate. They know their time is short, as the US Petro Dollar is eroded daily. So, everyday their options become more limited.

Will they collapse the world economy to impose their Globalist NWO System and cash-free monetary system, or will they start a full scale nuclear war with Russia and/or China while they hide in deep Underground Bases and wait to build their new Phoenix system designed to rise from the ashes?