Prepare For Change
Home Awakening Mainstream Media Is In Freefall Collapse! Don’t You Love It? 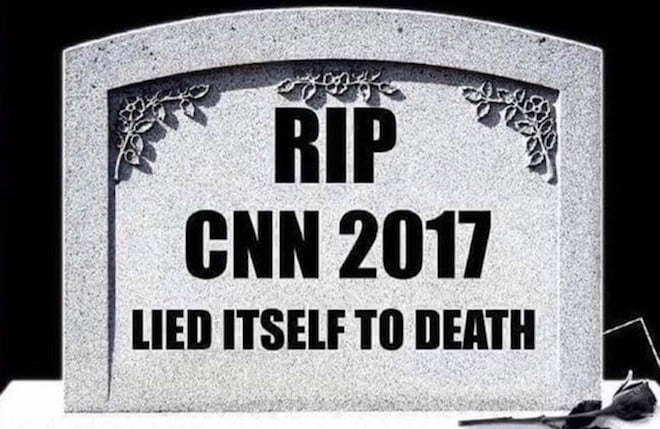 There was a time once when news anchors wielded an outsized influence over the American public. Distinguished names such as Walter Cronkite, Dan Rather, and John Daly, with their smooth blend of on air charisma and authority could effortlessly push the mainstream narrative into the unsuspecting minds of the American public. Not anymore; the new breed of anchors cannot hold a candle to their predecessors, contributing to the continued decline of the mainstream media’s influence.

Jon Rappoport at State of the Nation reports:

There are many reasons why viewers are deserting mainstream news. This article is about one reason that has been overlooked. One vital reason…

Elite television news anchors are absolutely essential to the hypnotic delivery of fake news. They have always been a mainstay of the mind control operation.

From the early days of television, there has been a parade of anchors/actors with know-how—the right intonation, the right edge of authority, the parental feel, the ability to execute seamless blends from one piece of deception to the next:

Now we have Lester Holt, David Muir, and an as-yet unannounced permanent replacement for Scott Pelley. Muir and Holt are decidedly junior varsity; they couldn’t sell water in the desert.

Lester Holt is a cadaverous timid presence on-air, whose major journalistic achievement thus far is interrupting Donald Trump 41 times during a presidential debate; and David Muir has the gravitas of a Sears underwear model.

The networks have no authoritative anchor-fathers waiting in the wings. They don’t breed them and bring them up in the minor leagues anymore.

Instead, armies of little Globalists and ideologues who don’t realize they’re working for the Globalists have been infiltrating the news business. At best, they’re incompetent.

This is one reason why mainstream news has been imploding.

And lately, things have gotten even worse for the mainstream. Their ceaseless attacks on Trump are backfiring. More members of the public are seeing through the puerile throw-ANYTHING-at-the-wall-and-see-what-sticks approach; and more important, the style of these attacks is breaking the time-honored rhythms and pace of traditional news presentation, and thus are failing to put the viewing audience into passive brain-states.

Fundamental and tested means for trance-induction are going out the window. When you add in rude and contentious interviews and thinly disguised editorializing by “news reporters”who have no business being within a mile of a broadcast studio, who spout random shots of venom, the news-production techniques that enable an ongoing illusion of oceanic authority collapse like magnetic fields that have been suddenly switched off.

The selective mood lighting, the restful blue colors on the set, the inter-cutting of graphics and B-roll footage, the flawless shifts to reporters in far-flung places…it’s as if all these supporting features have suddenly been overcome by actors in a stage play who are abruptly stepping out of character. The spell is broken.

Humpty-Dumpty is off the wall and lying in pieces on the floor.

Elite mainstream news is committing suicide. And in a fatuous attempt to save themselves, they are trying a democratic approach. Anchors are sharing more on-air minutes with other reporters. But this is counter-productive in the extreme. The News has always meant one face and one authority and one voice and one tying-together of all broadcast elements. It’s as if, in a hypnotherapist’s office, the therapist decides to bring in colleagues to help render the patient into an alpha-state.

Network news executives are clueless. News directors are clueless. The whole lot of them are too young and too foolish to remember what once made news dominate the public mind.

Plus they are swimming in shark-infested waters. The sharks are independent media.

This is a cause for celebration.

The movie called fake reality is packaged rolls of footage in the back of a very large truck moving slowly toward a graveyard.

The elite standard has always been: can we hypnotize the viewing audience and keep them hypnotized? And now the answer is leaning further toward NO on both counts.

Information mind control, as delivered by elite television news, depends entirely on the elite anchor. His modulated voice and presence and delivery are the glue that holds the illusion together. If by some miracle, the news bosses could raise Walter Cronkite, “the father of our country,” from the dead and put him back in the chair, they might have an outside chance of re-establishing their dominance. But too many years have gone by; years of unaccomplished anchors. Humpty-Dumpty is in pieces on the floor, the horse is out of the barn, the cat is out of the bag.

This is why major news outlets have been appealing to the new king: social media. Facebook, Google, Twitter, and You Tube are, in various ways, trying to shape the news the public receives and doesn’t receive. But their desperate attempt is failing, too.

It is crashing on the rocks of vast, uneven, open decentralization of information.

One veteran news director told me several years ago, “We’re losing the war. We don’t have the stars [elite anchors] anymore. The star system is dead. The same thing happened to Hollywood. Now it’s happening to us. You could comb all the local news outlets in America, and you wouldn’t find one face and voice who could really carry the freight. They’ve vanished. The up and coming people are lame and weak. We’ve made them that way. It’s some cockeyed standard of equality we’ve internalized. And now we’re paying the price.”

They’ve punched holes in their own ship.