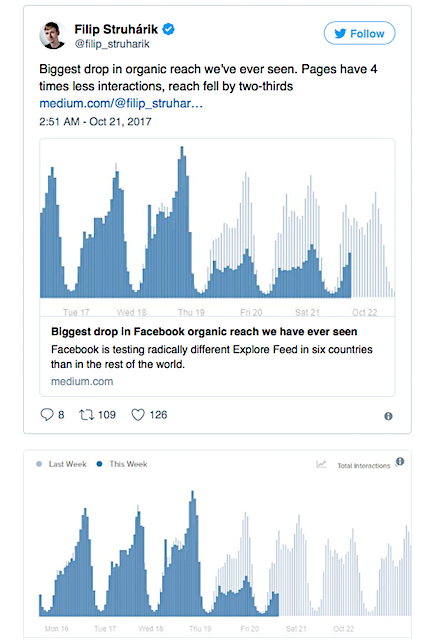 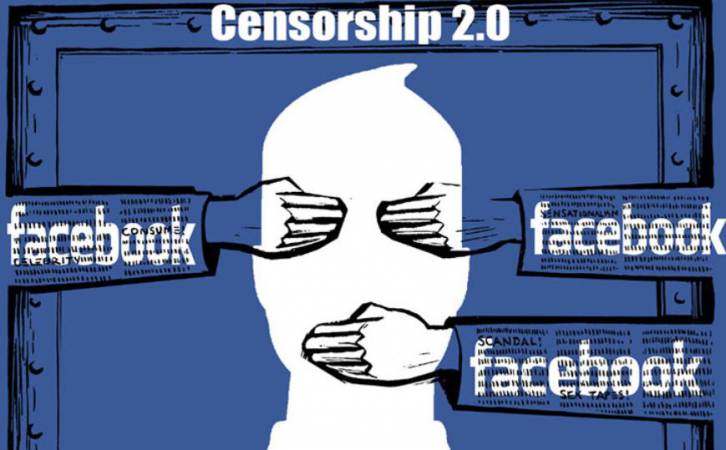 Ever since the defeat of Hillary Clinton in 2016, Silicon Valley firms like Google and Facebook – all of who backed Hillary Clinton and ploughed huge sums of money into her losing campaign – have been on a mission to try and marginalise and disappear alternative news content which runs counter to the mainstream party line. 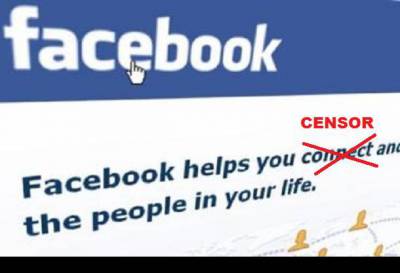 Now Facebook wants to charge publishers and businesses who want their content to be visible in the site’s News Feed section.

This latest move by Facebook is a continuation of a pattern of corporate-fascist behaviour designed to kill-off dissent and alternative sources of information. This also raises a few important questions:

Q: Doesn’t this amount to censorship?
A: Yes. This is a clear case of corporate censorship by stealth. If Facebook is allowed to pull this off, then only large corporations, start-up and foundation-funded media outlets will be able to afford to pay to be seen

Q: Has Facebook done this before?
A: Yes. When FB introduced its ‘Boost’ feature on fan pages in 2015, organisations like 21WIRE were then forced to pay Facebook money per post in order for that post to be seen by people who ‘liked’ our 21WIRE Facebook page. Even though we have over 30,000 organic likes, we must pay Facebook a minimum of $10 per post for our content to be seen by roughly 1,500 to 2,000 fans of our page. So essentially, it’s been quietly running a pay-to-play swindle for years now.

In this way, Facebook is able to pull increased revenue from corporations and foundations, while simultaneously burying independent media and bloggers in the process – a double win for the obsessive controllers of the Silicon Valley.

Facebook is testing out a change to their network in six markets. As a result, posts from some publishers and businesses will be removed from the site’s News Feed section. The change has caused a dramatic drop in referral traffic to news outlets.

The posts will now only be shown in a separate tab called ‘Explore Feed,’ which was officially unveiled last week. The test is only active for people in Sri Lanka, Bolivia, Slovakia, Serbia, Guatemala, and Cambodia. Facebook confirmed the test on Monday, which was first spotted by Slovakian journalist Filip Struharik.

Some of the top Facebook pages in Slovakia lost as much as two-thirds to three-fourths of their reach due to the change, according to Facebook-owned analytics tool CrowdTangle.

Stories from publishers and businesses are being transferred from the main feed to the Explore Feed, while the main feed is reserved for posts from friends and family.

It may end up with publishers having to pay Facebook to promote their stories so that people can see them.

Facebook’s News Feed VP Adam Mosseri wrote about the test, saying: “We currently have no plans to roll this test out further.”

Mosseri also tweeted about the length of time the test will take.

“The goal of this test is to understand if people prefer to have separate places for personal and public content. We will hear what people say about the experience to understand if it’s an idea worth pursuing any further… As with all tests we run, we may learn new things that lead to additional tests in the coming months so we can better understand what works best for people and publishers.” 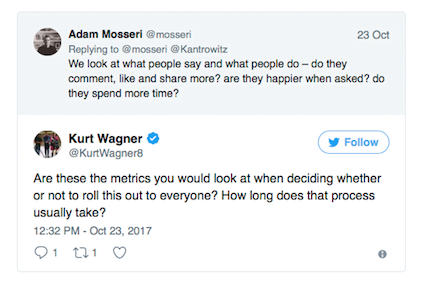 Facebook has been known to make dramatic changes in their algorithms that affect referral traffic and reach for publishers. Just last year, it changed how the News Feed works, prioritizing posts shared by family and friends over content shared by publishers.