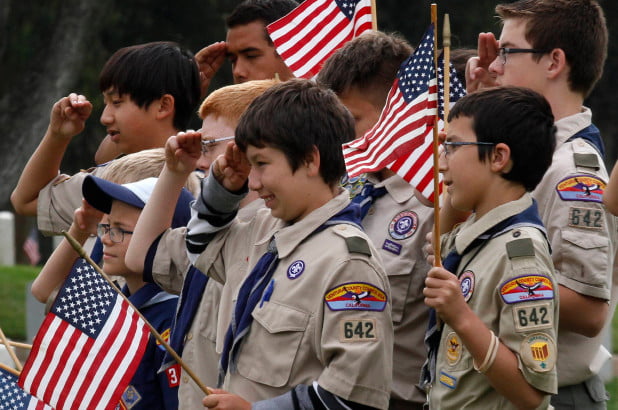 Rocked by abuse scandals and a controversy over their decision to allow girls to join, the Boy Scouts of America now face dwindling membership and may be seeking to declare bankruptcy.

The BSA currently is defending several lawsuits over abuse allegations, some dating back to the 1960s, according to a Wall Street Journal article.

But if claims of pedophilia weren’t damaging enough for the once revered civic institution, the group has done little to help its case, seeming to embrace politicization and sexual deviancy as the latest informal additions to the Scout code.

It first raised eyebrows in 2013 with a decision to take a formal position supporting homosexuality in its ranks. In 2015, it also lifted a ban on gay men and lesbians serving in leadership roles, said the Wall Street Journal.

Despite the objections of some religious groups—including a longtime partner, the Church of Latter-Day Saints, which announced the withdrawal of teen members this year with plans to develop its own program—that controversy alone, prompted by legal challenges, may have been surmountable for the Scouts.

But as the Left pressed on with its cultural warfare against middle-American values, the BSA seemed all too willing to follow suit. After widely criticized announcements recently that it would allow first transgender Scouts, then females, and then that it would provide condoms at BSA events, the transformation seemed a bridge too far for many.

In May, the organization announced that effective in February 2019, it would cease to call itself the Boy Scouts, removing the “Boy” part in favor of the more gender-ambiguous “Scouts BSA.”

“We wanted to land on something that evokes the past but also conveys the inclusive nature of the program going forward,” Chief Scout Executive Mike Surbaugh told The Telegraph. “We’re trying to find the right way to say we’re here for both young men and young women.”

The BSA currently includes about 2.3 million youth members, but the withdrawal of its Mormon members alone, set to be formalized in 2020, could account for an 18.5 percent membership drop, according to the Associated Press.

In addition to its legal bills, costing millions of dollars to defend against both the liberals’ gender-neutrality warfare and the sexual-abuse cases, the BSA also now faces a lawsuit from the Girl Scouts of the USA, which says its marketing to new female members constitutes a trademark infringement, according to the Journal.