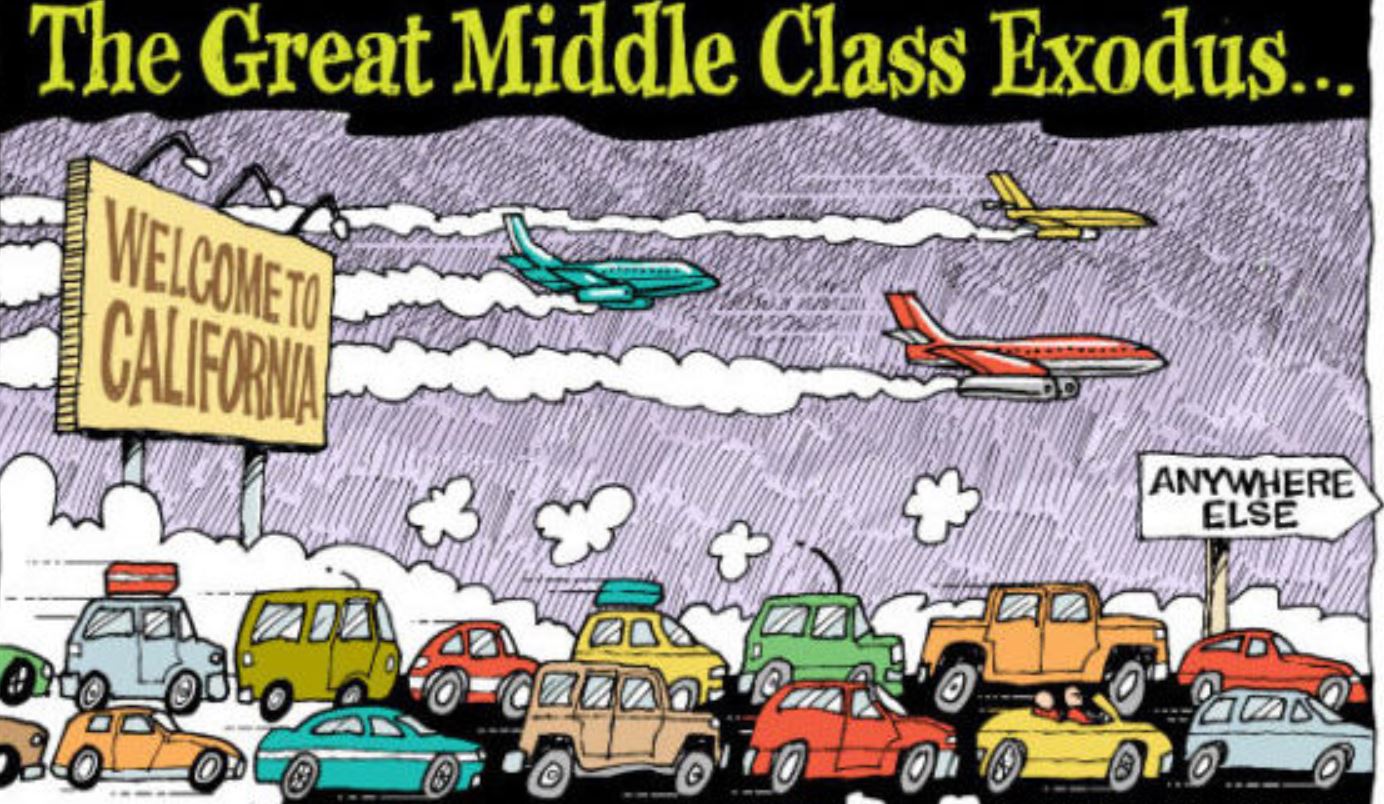 Californians are fleeing the state in droves to avoid the massive tax burden and oppressing business policies of the totalitarian state. Of the 700,000 who fled California last year, 10% ended up in Texas, which is a much more business-friendly state.

And it isn’t just individuals who are leaving.  As Zerohedge reported, the influx of Californians should come as no surprise, as businesses have been migrating out of the high-tax, high-crime, heavily regulated state for cheaper pastures.

Last month, we reported that Charles Schwab’s relocation of their headquarters from San Francisco to Dallas, a move they expect to complete in the second half of 2020. Announced following the company’s $26 billion acquisition of TD Ameritrade, their new 70-acre Dallas-Fort Worth campus will cost around $100 million, and provide 500,000 square-feet of office space.

Chairman and founder Charles Schwab noted that one of the drivers behind the move from California was that “the costs of doing business here are so much higher than some other place.” – Zerohedge

Schwab is not the only business to pack up and move. Some 660 companies have moved 765 facilities out of California over the last 24 months, according to a new report.

“Obviously a lot of them are going to Texas,” Vranich said in an interview with the Dallas Business Journal. “It just makes sense.”

The Wall Street Journal reported last month that “The Lone Star State imposes a 0.75% franchise tax on business margins (total revenue minus compensation), which is substantially less than the corporate tax rates in California (8.84%)and Nebraska (7.81%), where TD Ameritrade is currently headquartered. The city of San Francisco also imposes a 0.38% payroll tax and a 0.6% gross receipts tax on financial service companies.”  That made the move for Charles Schwab an easy decision.

Another problem with California policies is the overbearing requirements when it comes to hiring workers. One law cited in the exodus requires companies to hire workers as employees, not independent contractors, with limited exceptions. Aimed at giving basic labor rights and benefits to hundreds of thousands of people working for Uber, Lyft, Doordash, and similar companies, the companies affected say it’s not feasible.

“I don’t know how companies can continue to deal with this brutal assault that is on them,” said Joe Vranch, adding “Most of the municipalities in Texas are easier to get along with, and that’s a benefit in addition to things like no income tax and an easier regulatory environment.”