Prepare For Change
Home Awakening How COVID-19 was made 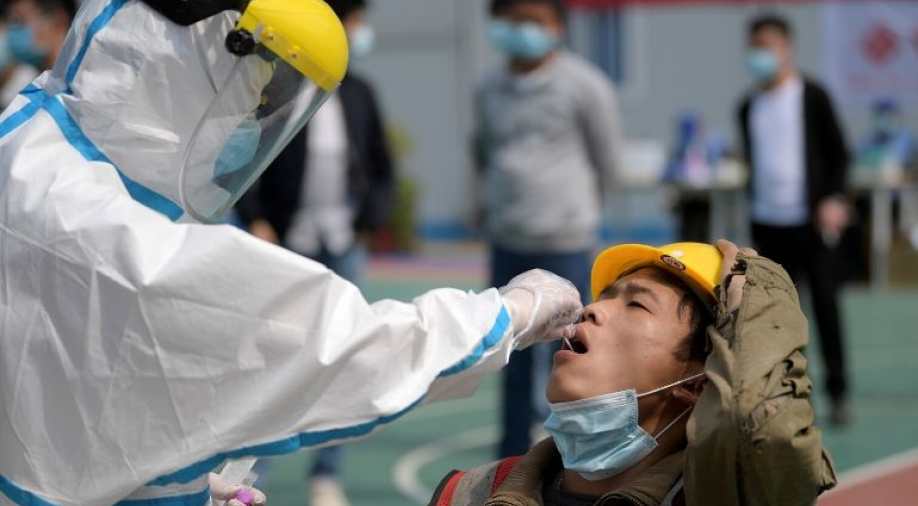 By Lawrence Sellin, Ph.D. from dcclothesline.com:

There is ongoing censorship, even in the scientific literature, to restrict publication of information contrary to the accepted narrative that COVID-19 is naturally-occurring.

What follows is not an analysis of motivations or an indictment meant to assign blame, but a history of scientific investigation that eventually led to COVID-19.

A recent news articlepublished in the scientific journal Nature noted, that while it is important to find the origin of COVID-19 to prevent reinfection, it has been difficult pinpointing the source.

“It is quite possible we won’t find it. In fact, it would be exceptionally lucky if we land on something,” said Lucy van Dorp, a geneticist from University College London.

It may indeed be impossible to identify a natural source, if COVID-19 was the product of bioengineering.

Although there are hundreds of scientific publications on coronavirus, a few relevant to the present discussion will be highlighted.

Coronavirus research did not begin with the severe acute respiratory syndrome coronavirus (SARS, SARS-CoV or SARS-CoV-1) epidemic of 2002-2004, but it was certainly accelerated by it.

Much of the scientific inquiry related to those two diseases has centered on a particular component of coronaviruses called the spike glycoprotein, which carries the ability for the virus to attach itself to a human cell and gain entry.

Obviously, understanding and interfering with the processes initiated by the spike glycoprotein could have prophylactic or therapeutic value.

Most of that research effort focused on the cascade of events regulated by the protein part of the spike glycoprotein, or S-protein, which has two sections, S1, primarily responsible for binding to the human cell and S2, driving fusion with the cell membrane and entry.

The S1 section contains a sequence of amino acids, the building blocks of proteins, called the receptor binding domain (RBD), which defines the coronavirus’ ability to bind to specific receptors, whether they be human or animal.

Sequence mutations occur frequently in coronaviruses, which can, gradually over time, produce a new RBD structure capable of transmission between different animals or between animals and humans.

That has been the consensus scientific opinion both for SARS and MERS, that it may have originated in bats, traveled through an intermediate animal host, civets and camels, respectively, and, along the way, acquired the ability to infect humans.

If such a contention is scientifically valid, then it is initially logical to presume that COVID-19 “jumped” from animals to humans in a similar fashion.

That notion was not lost on investigators of the initial SARS epidemic, who focused on the RBD within the S1 section of the spike glycoprotein in order to understand better the origin of the outbreak.

In 2003, the human attachment point for the SARS RBD was found to be the receptor for angiotensin converting enzyme-2 (ACE2), present in the lungs, kidneys, intestines and blood vessels.

As stated earlier, SARS may have originated in a bat population, but it was not the direct source.

In a 2008 bioengineering study designed to elucidate the origin of SARS, scientists “spliced” the SARS RBD onto a non-human-infecting bat coronavirus, thereby, producing a new viral entity of bat origin capable of infecting humans.

In a 2014 publication subsequent to the 2012 MERS outbreak “to understand how bat coronaviruses transmit to humans,” scientists discovered that not only was S1 binding important for human infection, but a “cleavage” or slicing of the S protein at the S1/S2 junction was an important event in the S2-mediated membrane fusion and cell entry process.

That is, the cascade of receptor binding, cleavage and membrane fusion determined by the structure of S protein are important factors regulating human transmissibility and pathogenesis.

It is now known that COVID-19, like SARS, uses ACE2 as its receptor and has a cleavage site at the S1/S2 junction.

According to the present conventional wisdom, a COVID-19 precursor, while circulating in a bat population mutated, acquiring the ability to infect humans, perhaps through an intermediate host, which was then transmitted to people either visiting or working in the Wuhan Seafood Market.

That conclusion is not as scientifically solid as some would like you to believe.

It was already known by the end of January 2020, that the initial patients hospitalized between December 1-10, 2019 had not visited the market and bats were not sold there.

The Nature article, “The proximal origin of SARS-CoV-2,” widely cited to support the theory that COVID-19 is naturally-occurring also raises some not so widely cited doubts:

“Given the similarity of SARS-CoV-2 to bat SARS-CoV-like coronaviruses, it is likely that bats serve as reservoir hosts for its progenitor. Although RaTG13, sampled from a Rhinolophus affinis bat, is about 96% identical overall to SARS-CoV-2, its spike diverges in the RBD, which suggests that it may not bind efficiently to human ACE2.”

In fact, COVID-19’s RBD is nearly identical to that of pangolins (scaly anteater), not bats, but pangolins have been ruled out as the intermediate host for COVID-19.

One could be forgiven for concluding that COVID-19 has a bat structural “backbone,” but a pangolin-like RBD, something so far inexplicable according to the naturally-occurring theory.

Furthermore, COVID-19’s S1/S2 furin polybasic cleavage site, a distinctive feature widely known for its ability to enhance pathogenicity and transmissibility in coronaviruses, does not appear in any of 45 bat, 5 human SARS, 2 civet, 1 pangolin and 1 racoon dog coronaviruses, that have S1/S2 junction structures otherwise identical or nearly identical to COVID-19.

That same study noting the absence of the S1/S2 cleavage site in other related coronaviruses compared to COVID-19 also clearly describes the techniques for inserting cleavage sites artificially.

The fact that no natural source of COVID-19 has been identified, that scientific evidence exists suggesting bioengineering and the clear ability to do so, all demand an expanded investigation as to its origin.

(Disclaimer: The opinions expressed above are the personal views of the author and do not reflect the views of ZMCL)

Lawrence Sellin is a retired US Army Colonel.