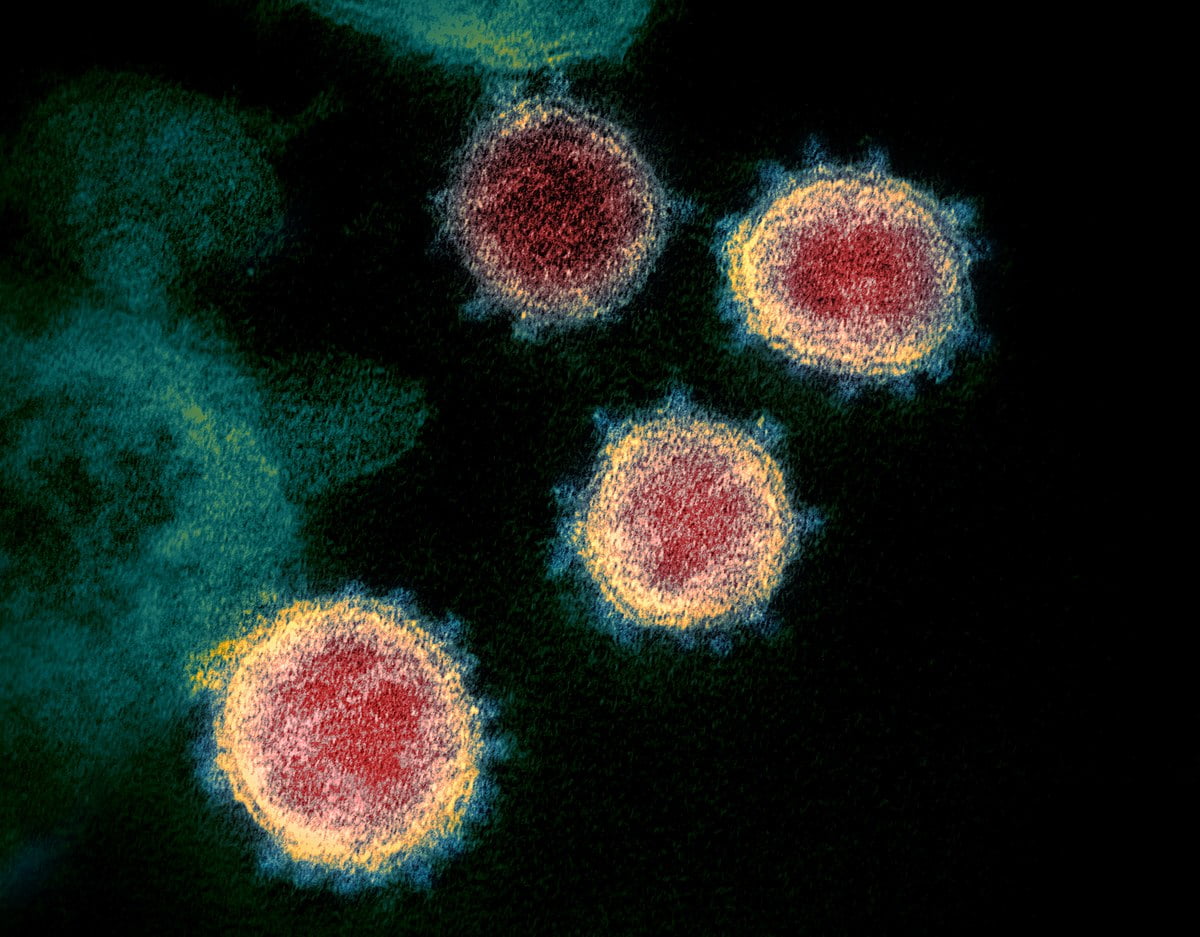 This article is from Planetwaves.net and was suggested reading by one of our subscribers, enjoy:

Note to Readers — With the monthly horoscope edition, I asked for people to share their theories about Covid. I got one from a reader named Rebecca, who wrote, “It’s called a ‘novel’ disease for a reason, though it may reassemble other similar diseases, in many ways it’s very different and we don’t have much understanding of it yet.” This statement contains a few misunderstandings, which are important to study. Covid is not a “novel disease.” There is no such thing in medical science. Rather, SARS-CoV-2 was said to be a novel virus. You can see our dialog below. I am beginning with my discussion of the “novel virus” concept.

I would urge caution with concepts like “conspiracy theory.” Much of what has occurred is subject to the rules of basic journalistic verification of what individuals have said and done, and basic English literature class definitions of words.

From the study of English, in particular William Shakespeare, we also know about hubris, which is the tragic flaw of ambition.

I’m going to take you through a series of logical steps to get to the bottom of this in as few words as possible.

Why this was all done is the strangest question of all, and I’m going to leave this out of this discussion — but China only had 45 people they claimed had pneumonia, and only 15 of them had relevant samples. In Wuhan, hundreds of people are admitted to the hospital every day, all the time, for respiratory issues.

The idea of a novel virus

To understand the “novel virus” notion as it relates to SARS-CoV-2 and Covid-19, you need to know two names to begin with: Christian Drosten, a German virologist, and Neil Ferguson, a British epidemiologist and advisor to the government. There are other players involved, such as Bill Gates, who have relied on their moves. The names come up over and over again the past 12 years or more in similar events.

Simply put, the concept of a novel virus is meaningful for one reason only: there would be no immunity. No immunity would mean millions of deaths, immediately: a global plague —  not a bad, fairly typical outbreak. Not a disease that 99.8% or more people would survive and that many would never notice.

It was the announcement of a novel virus that caused the panic in January. This panic led to the never-before-done global shutdown, for which the apparatus existed, thanks to the internet and the plans of various organizations (NGOs).

If there is immunity, the concept of a “novel virus” is irrelevant, even if technically correct (and I am not saying it is). But the practical meaning of “novel” is no immunity.

When China announced that there was a coronavirus in December, someone named Christian Drosden, who knows how to program the polymerase chain reaction PCR machine (a key topic of this that must be understood to follow the issue), went to work developing the “primers” — the things that the test uses to find allegedly unique RNA that is claimed to be associated with a virus.

Here is what he did in his own words, with the relevant parts in bold. He had NO PATIENT SAMPLES. This was computer work only — the PCR is a digital device. He wrote in a scientific paper:

Before public release of virus sequences from cases of 2019-nCoV, we relied on social media reports announcing detection of a SARS-like virus. We thus assumed that a SARS-related CoV is involved in the outbreak. We downloaded all complete and partial (if > 400 nt) SARS-related virus sequences available in GenBank by 1 January 2020. The list (n = 729 entries) was manually checked and artificial sequences (laboratory-derived, synthetic, etc), as well as sequence duplicates were removed, resulting in a final list of 375 sequences. These sequences were aligned and the alignment was used for assay design (Supplementary Figure S1). Upon release of the first 2019-nCoV sequence at virological.org, three assays were selected based on how well they matched to the 2019-nCoV genome (Figure 1). The alignment was complemented by additional sequences released independently on GISAID (https://www.gisaid.org), confirming the good matching of selected primers to all sequences.

Then he sent this to the Chinese government.

His work also became the basis for the “test kit” that was used to program the polymerase chain reaction (PCR) computer, matched to samples worldwide. The test kit does not come in a box. It’s a bunch of programming code for the PCR computer.

As you can see, Drosden used sequences from among the many SARS-like viruses that exist, that were publicly available. On Jan.11-12, China published a partial sequence of what it claimed was a novel virus (2019-nCoV) and distributed it to the world. The entire sequence of the claimed virus has never been released. It is only published in parts.

RNA viruses are unstable and mutate each time they replicate, so for the PCR to work, stable portions of sequences that had the added quality of being able to capture nearly anything related to a recent corona, cold viruses, other viruses from Asia, healthy human RNA, and other potential sources of false positives. PCR is also a test that can create a false positive without anything in the environment resembling what it is programmed to find (see the Dartmouth incident).

The fact that Drosden used publicly available sequences meant that the “novel virus” had many similarities to other extant viruses that humans had been exposed to for thousands of years. I.e., not so novel, in the sense of preexisting lateral immunity, and other forms of immunity: innate biological protection in nearly everyone.

In late February or so, an advisor to the British government named Neil Ferguson ran a bogus computer model and claimed that 30% to 70% of the world population would get the “novel” virus, and that the IFR (infection fatality ratio) would be 1% to 3%, which on all accounts is very high compared to an influenza.

Other SARS-type viruses had in the past had very low infection rates (they burned out fast) but very high fatality — up to 7%. So in total, this proposal is taken as true or in its worst possible light, and causes a vast panic, especially when Angela Merkel, the chancellor of Germany, announces in March what he said and, pretty much, the world locked down.

As for what actually happened

So, now with the predictions made, we have the realtime test. By May, after the wave passed, CDC reported that only 7% of the people who died were lost to Covid-only and the rest had many more serious, immune-compromising diseases (an average of 2.4 top-10 causes of death, including diabetes, obesity, heart disease, cancer, pulmanery disease, and others).

When this information started circulating widely in late August, Covid-only was down to 6% in the U.S., about 9,000. The claimed 175,000 or so additional deaths where already very sick and very old (around 80) and therefore were immune-compromised. Many were people who could have been killed by a bout with the flu or even food poisoning, or no additional causes. That is the problem with immune-compromise.

They were not susceptible because the virus was novel.

They were susceptible because they were already weakened — very different from the concept of a novel virus. It is sad that we lost them but we need to know why that happened. Someone named Ivor Cummins has done this analysis, if you are interested.

Many other places reported that the outbreak tended to kill those who were old and infirm. That is not a pandemic. A pandemic is not about specific risk groups. It is about something that attacks the general population.

Nearly everyone else had immunity. There are many kinds of immunity, though exposure to coronaviruses throughout human history make them pretty weak. They tend to fizzle fast (approximately 18 months) and herd immunity is reached quickly (about 17% it seems) because so many are already immune. Immune means that they don’t get the virus at all, or if they do, the symptoms are so weak as to not be threatening in any way.

This is consistent with Drosden’s use of 375 similar sequences to make his target primers for the PCR. That meant two things: actually thre was plenty of immunity (which was demonstrated) and that they would get a lot of false positives on a test that already had a tendency, documented historically, to have a false positive issue.

So we get what we have now: a virus that largely does the damage to already sick and old people (there seems to be about 5% case fatality in that group of 75+ who must be sick already) and then little to no effect on anyone else. But you can make the death statistics look bad if you include everyone who died who tested positive or was suspected that they would test positive, and therefore, take deaths from cancer, heart disease, diabetes, pneumonia, COPD and other known causes and move them into the Covid category (basic statistical manipulation or fraud).

However, at the same time, the test primers being used around the world come up with a lot of PCR positives, almost anywhere you look. Yet the death rate does not increase with the rate of PCR “Covid” positives. That’s the only way to get a chart like the one below, where the red line is cases and the black line is deaths.

Were the positives and deaths medically related, the lines would follow one another. Thr chart demonstrates that this is not an especially dangerous virus even if technically novel, but rather your average virus to which there is much cross-immunity created by exposure to other viruses.

Notably, most who die “Covid positive” are not tested for other viruses or infections, as we have seen that postmortem examinations are rare in cases of presumed Covid deaths.

This problem is not what SARS-CoV-2 or Covid-19 was or is being said to be. The ensuing panic is the result of another agenda. Note that nobody is offering a way out of this situation. It is a problem without a solution. For as long as two “Covid positives” measured by the flawed and misused PCR can close a school, there will always be a school to close for this reason.

Please let me know if you have other questions. I have submitted this letter to a group of scientists and science journalists for review and I will let you know what hey say, If anything. I have stuck very close to a few known and verified facts.

1 thought on “Discussion on the “Novel Virus””