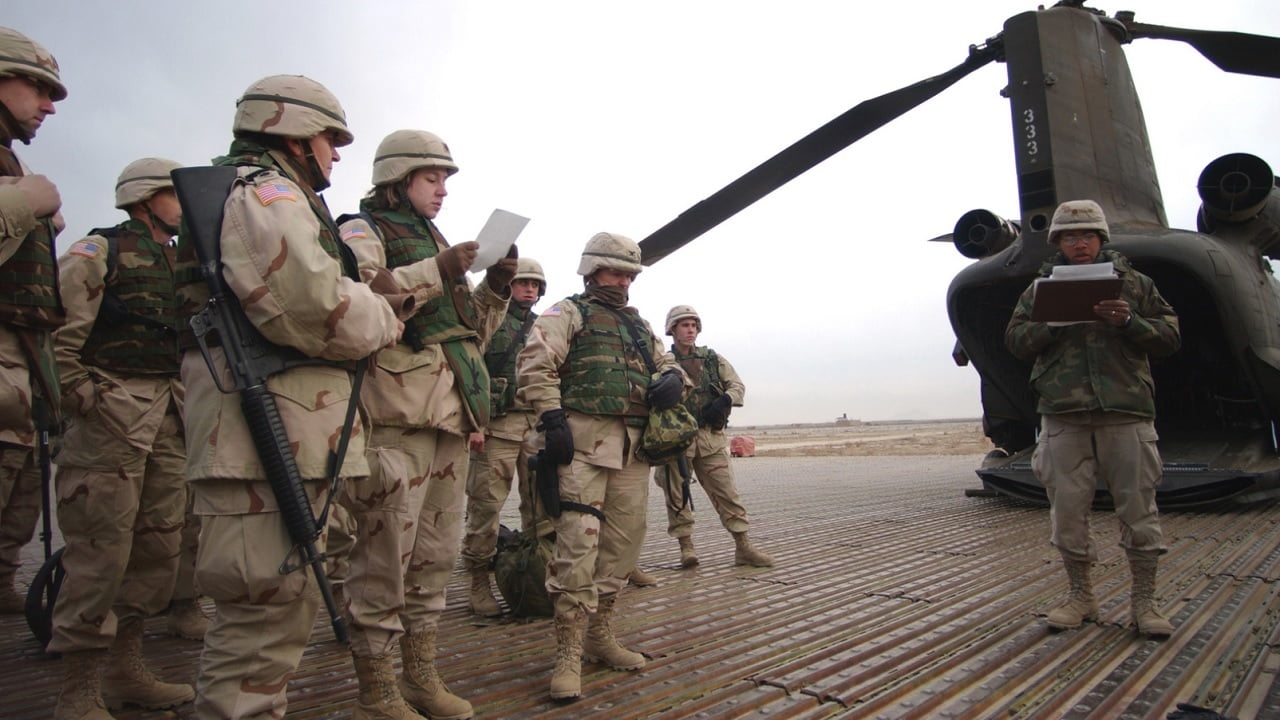 Over 18,000 Pentagon contractors remain in Afghanistan, while official troops number 2,500. Joe Biden will withdraw this smaller group of soldiers while leaving behind US Special Forces, mercenaries, and intelligence operatives — privatizing and downscaling the war, but not ending it.

On April 14, President Joe Biden announced that he would end the U.S.’s longest war and withdraw U.S. troops from Afghanistan on the 20th anniversary of the September 11th, 2001 terrorist attacks.

Over 6,000 NATO troops will also be withdrawn by that time.

“War in Afghanistan was never meant to be a multigenerational undertaking,” Biden said during his remarks from the White House Treaty Room, the same location from which President George W. Bush had announced the war was beginning in October 2001. “We were attacked. We went to war with clear goals. We achieved those objectives. Bin Laden is dead and al Qaeda is degraded in Afghanistan and it’s time to end the forever war.”

Biden’s claim that he is ending the forever war is misleading. As The New York Times reported, the United States would remain after the formal departure of U.S. troops with a “shadowy combination of clandestine Special Operations Forces, Pentagon contractors and covert intelligence operatives.” Their mission will be to “find and attack the most dangerous Qaeda or Islamic state threats, current and former American officials said.”

The Times further reported that the United States maintains a constellation of air bases in the Persian Gulf region as well as in Jordan, and a major air headquarters in Qatar, which could provide a launching pad for long-range bomber or armed drone missions into Afghanistan.

Matthew Hoh, a disabled combat veteran who resigned from the State Department in 2009 in protest of the war, stated that a genuine peace process in Afghanistan is “dependent upon foreign forces leaving Afghanistan.”

Further, Hoh said that, “Regardless of whether the 3500 acknowledged U.S. troops leave Afghanistan, the U.S. military will still be present in the form of thousands of special operations and CIA personnel in and around Afghanistan, through dozens of squadrons of manned attack aircraft and drones stationed on land bases and on aircraft carriers in the region, and by hundreds of cruise missiles on ships and submarines.”

As of January, more than 18,000 contractors remained in Afghanistan, according to a Defense Department report, when official troop totals had been reduced to 2,500.

These totals reflect the U.S. government’s strategy of outsourcing war to the benefit of private mercenary corporations, and as a means of distancing the war from the public and averting dissent, since relatively few Americans are directly impacted by it.

Most of the mercenaries are ex-military veterans, though a percentage are third-country nationals who are paid meager wages to perform menial duties for the military.

One of the biggest mercenary companies is DynCorp International of Falls Church Virginia, which as of 2019 had received over $7 billion in government contracts to train the Afghan army and manage military bases in Afghanistan.

From 2002 to 2013, DynCorp received 69 percent of all State Department funding. Forbes Magazine called it “one of the big winners of the Iraq and Afghan Wars” — the losers being almost everyone else.

A blueprint for U.S. strategy in Afghanistan is the 1959-1975 secret war in Laos, where the CIA worked with hundreds of civilian contractors who flew spotter aircraft, ran ground bases, and operated radar stations in civilian clothes while raising its own private army among the Hmong to fight the pro-communist Pathet Lao.

The CIA and Special Forces have again attempted to recruit tribal elements in Afghanistan and, like in Laos, have become enmeshed in inter-tribal and sectarian feuds.

For years, U.S. Special Forces operatives have also been training Afghan security forces as a proxy army and running Phoenix-style snatch and grab and assassination missions, which are poised to continue — despite the formal troop withdrawal.

Republican hawk Jim Inhofe lambasted Biden’s withdrawal plan, stating that this was a “reckless and dangerous decision. Arbitrary deadlines would likely put our troops in danger, jeopardize all the progress we’ve made, and lead to civil war in Afghanistan — and create a breeding ground for international terrorists.”

Inhofe it should be noted is a war profiteer. He invested in the stocks of leading arms manufacturer Raytheon at the same time he was calling for an increase in the defense budget as chairman of the Senate Armed Services Committee.

Inhofe’s assessment is flawed because, among other reasons, the U.S. has not made much progress in 19 years of war (the Taliban, according to the Council on Foreign Relations, is stronger than at any point since 2001 and controls about one-fifth of Afghanistan), and Afghanistan was never really a breeding ground for international terrorists.

The 9/11 hijackers mostly came from Saudi Arabia, and the Taliban agreed to turn over Osama Bin Laden to an international court after the 9/11 attacks, which they never supported.

The Afghan War will go on indefinitely not because of the threat of terrorism — which is accentuated by the U.S. military presence — but because the United States will not concede ground in the region.

The U.S. has announced intentions to retain at least two military bases in Afghanistan after the official troop drawdown, and set up over 1000 bases during the war.

An internal Pentagon memo stated that Afghanistan could become the “Saudi Arabia of lithium.”

In 2001, when the U.S. first invaded Afghanistan, it was in the process of expanding its military infrastructure in Central Asia. Afghanistan provided a key way-station to this new “oil dorado,” which holds as much as 200 billion barrels of oil — about 10 times the amount found in the North Sea, and a third of the Persian Gulf’s total reserves.

Afghanistan was further valued at the time as a key location for an oil pipeline that would transport Central Asian oil to the Indian Ocean while bypassing Russia.

In the 1990s, the Southern California oil company Unocal began taking steps to build the pipeline, even courting the Taliban. In 2018, ground was broken on a new pipeline project backed by the United States that will carry oil from Turkmenistan to northern India.

The U.S. ruling establishment’s greatest fear is that a complete U.S. withdrawal from Afghanistan might result in the U.S. losing a strategic foothold to its main geopolitical rivals, China and Russia.

China has recently increased its trade and investment in Afghanistan — with which it shares a border — and has sought to cultivate better relations with the Afghan government and Taliban.

Moscow also supported Afghan housing projects and took advantage of contacts in Kabul to renew ties with ethnic power brokers in the North while quietly courting the Taliban.

As a previous CovertAction Magazine article documented, the current Afghan government led by Ashraf Ghani is largely a creation of the United States. Its military is funded by the United States at a cost of around $4 billion per year. This support is going to continue — unless Congress cuts it off — alongside large-scale U.S. foreign aid programs that amount to nearly $1 billion per year.

The U.S. wants to keep Ghani in power, or replace him with another proxy that can help it win the geopolitical competition with Russia and China, which is little different from the 19th-century “great game” between Great Britain and Czarist Russia.

As long as the U.S. empire remains intact, the war as such will go on, and on — and on.