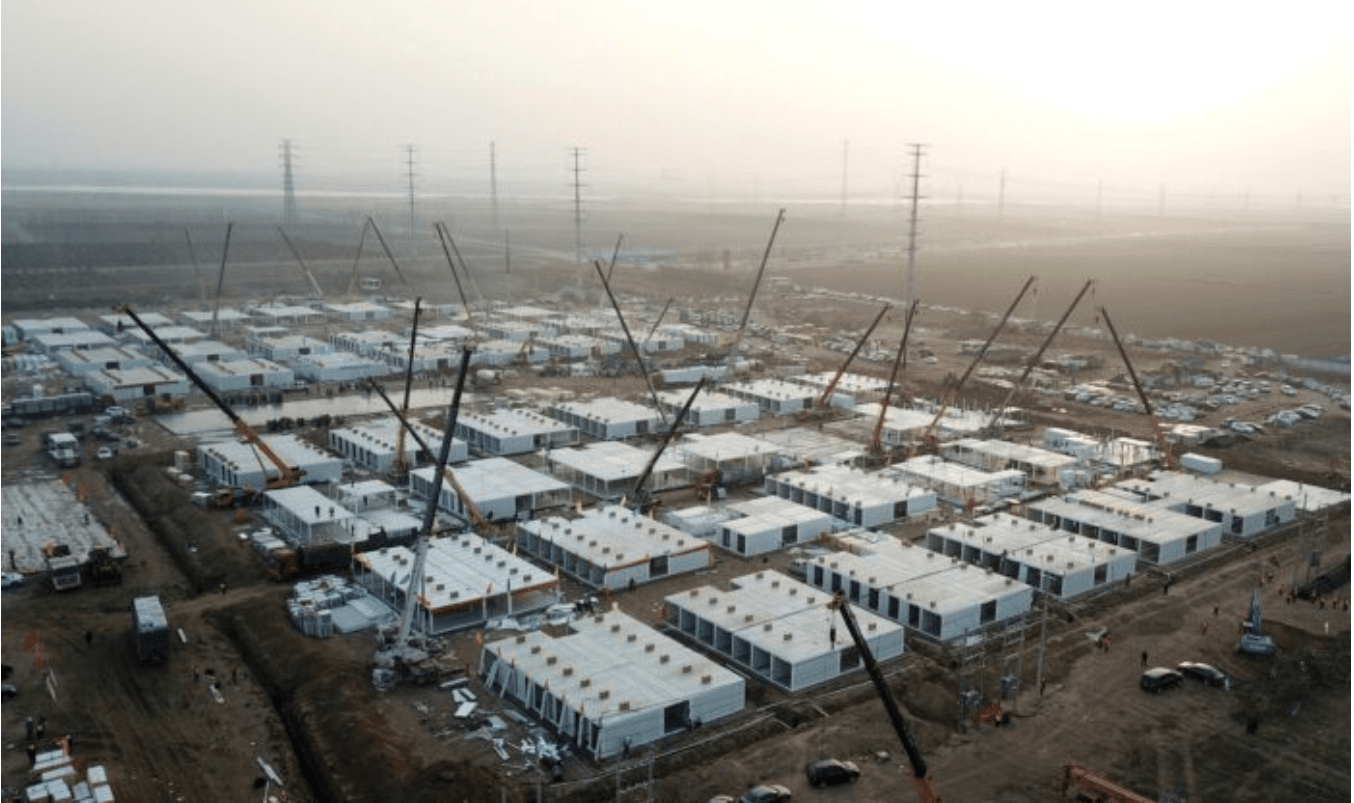 The Chinese regime has notified local authorities to prepare for a large-scale outbreak of COVID-19, according to leaked internal documents obtained by the Chinese Epoch Times.

One document, titled “Notice of Further Strengthening of Epidemic Prevention” was issued by the Chinese regime’s State Council, and forwarded by Fujian provincial government to local authorities on Sept. 30. The other is a “National Day Epidemic Prevention Notice” issued by the State Council on Oct. 1 and distributed by the Fujian provincial officials to local authorities.

The documents are both marked “extra urgent.”

Both notices request enhanced preparations for an emergency response to the outbreak, with the Chinese Communist Party (CCP) putting forward at least two standards for local authorities.

One is to build central isolation sites, with local authorities required by the end of October to create facilities of not less than 20 rooms per 10,000 people. The scale of each isolation site must be more than 100 rooms.

Based on the standard set in the notice, Fujian Province will need to build at least 83,000 quarantine rooms by the end of October, which is about 47,000 rooms in less than a month.

According to one expert, the requirements for the COVID-19 quarantine sites reveal the real situation of the pandemic in China.

Sean Lin, a former virology researcher at the U.S. Army Research Institute, told The Epoch Times: “This reflects the CCP’s concern about the rise of the epidemic. It must have been concealing the true epidemic in mainland China, otherwise, it would not suddenly issue a national notice of emergency preparedness.”

“Notice of Further Strengthening of Epidemic Prevention” requires the establishment of a five-layered control system.

Lin said that the control system is actually to tighten social management in local areas, and “the CCP’s purpose is to tighten control.”

“If there is no nucleic acid test, all the CCP’s epidemic prevention measures are the same as political campaigns. For example, you can be quarantined at any time and put in a quarantine site. And the quarantine sites can also be a place of political persecution,” Lin said.

“No matter who you are, as long as the CCP says that you tested positive in a nucleic acid test, it will deprive you of all your rights. The CCP’s quarantine sites are actually an alternative form of concentration camp.”