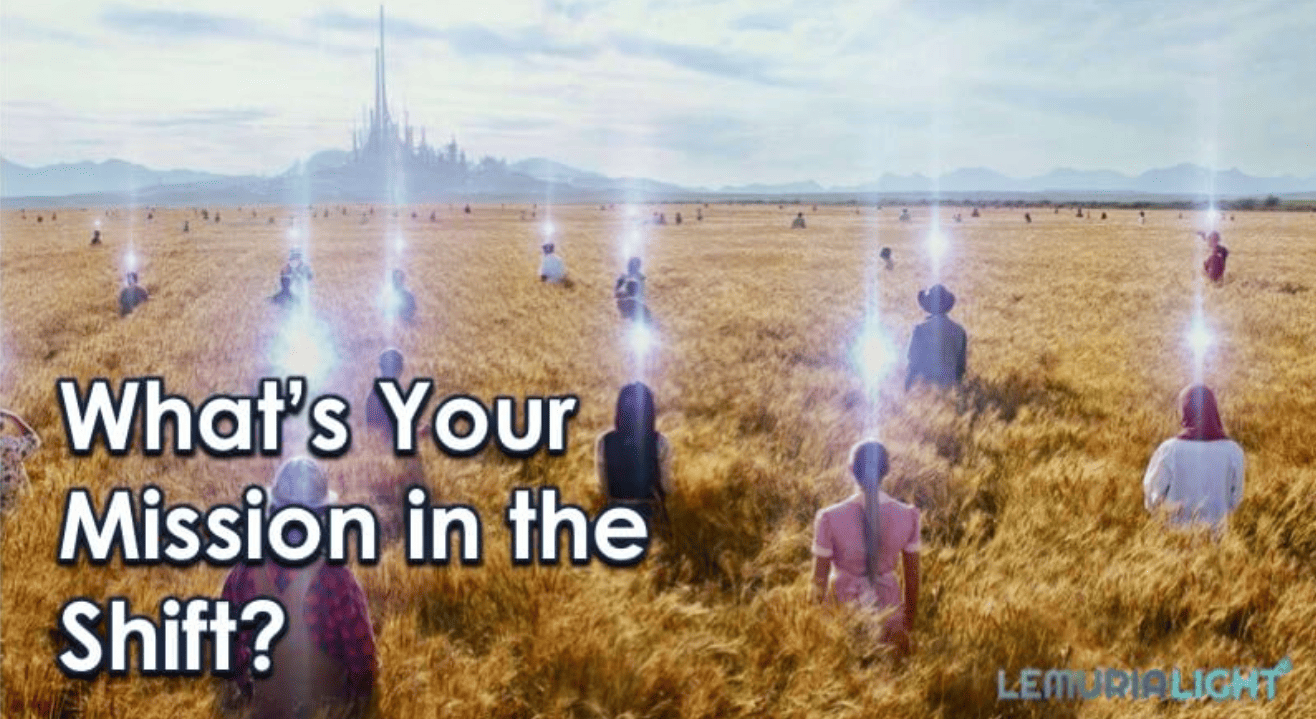 It’s crazy and confusing out there in society right now with much purposeful deception and misdirection. But not if you understand and focus on your mission here in the shift. What is your purpose? What did you incarnate specifically for at this moment? Understanding these crucial questions can furnish much peace of mind and dispatch wasted effort.

The Overal Mission of Benevolence

I am concerned, that although there’s much illumination of the intervention going on at a surface level, still many spiritual and alternative commentators are missing the overall end-game. Dramatic changes have begun to unfold across the earth that are instigated by the benevolent shift to 5D consciousness. However, at times you can palpably feel the anguish and efforting to fix the old 3D construct. It crushes the soul, undermines motivation and damages well-being.

A simple shift in understanding and perception would solve this:

We’re NOT here to cure the situation in society. Neither is it about creating a new sustainable 3D situation. It’s all about unraveling the old karmic construct and shifting into 5D. This, Gaia and Benevolence have already begun, and is well underway.

Understand the Process of the 3D to 5D Earth Ascension Shift

Where do you put your attention and focus?

The shadow state, in its various machinations of the pandemic and the “reset”, is NOT in the driving seat as many see it and are railing against. Inadvertently people are handing over their power with this misconception. The shadowside are reacting to the major energy shifts going on in the field and the widespread elevation of consciousness. They are gearing up their preparations to take a swathe of humanity into a metaverse and off-planet. To 3D eyes, as the swamp gets stirred up, it just looks like they have the upper hand.

Rest assured, they do not. 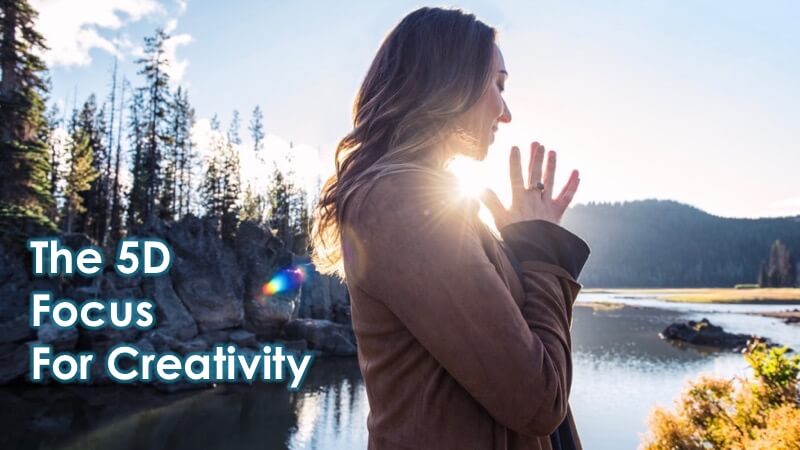 However, this does depend on where you put your attention and focus; where you see this all going. If you understand your purpose and destiny here then it’s going to make your life much easier and more harmonious. Because you’ll start to see that every curious twist and turn is falling into step with the shift.

Essentially we are here to reclaim the earth and restore the harmony of life here, but in a higher vibration. This will be achieved by holding ground, unraveling the energy field, stirring up and stripping off the dissonant frequencies. Yes, it will look muddy as the swamp clears. But don’t be fooled into thinking that somehow we’re on the back-foot. When you understand why you are here, the reverse is true.

Here then, are the 4 Key missions of energy and lightworkers. Discover which one is most applicable to your configuration. Or perhaps you recognise yourself with several or all of them?

The 4 Key Missions in the Shift

1) Illuminating, Awakening & Healing others: there are plenty who are ready to be illuminated, awakened and healed. This will accelerate as the shift unfolds. But to be clear, this is much more than just awakening at an intellectual level to the control system. It is awakening to the soul and its interconnectivity with all life. It’s awakening to the much bigger picture. Plenty of you will have the capacity through self-realisation practices to awaken people. Crucially though, be aware that it is NOT about awakening everyone. History reveals that shifts happen in waves of awakening. Some are not ready at this juncture and it can be depleting to waste your energy. Water and shed light on the seeds that are fertile!

2) Unravelling the Energy Field: In 2012 with the galactic alignment Gaia shifted her centre of consciousness into 5D. And for at least the last decade, well over 200 species of creature and plant life have been moving on from the 3D, going extinct here, daily. The shift is well underway. However, to make the ride as smooth as possible requires that convolutions in the energy field from the old karmic construct need unraveling. Those with the awareness can do this within their consciousness. You find yourself drawn to a particular place and performing curious movements or speaking light language. You may then get to see the reflective synchronicity of your actions, in surrounding signs and symbols. It could be in the movement of cloud formations for example.

3) Realigning the Intervention: The earth has been embroiled in an Extra-Terrestrial Intervention that has been controlling the energy field and hybridising humanity to fit within those limiting frequencies. At times it has been savage. However many of those intervening groups are seeing the error of their ways. To polarise and demonise does not help the situation. It only perpetuates the disharmony and means we’ll only recreate a similar construct further down the path. Many lightworkers have the capacity to reach out and communicate with these groups in their being. You’re standing strong in your energy field and communicating forgiveness but with strength. And also creating portals to channel the intervening groups away into the angelic realm or else further afield in the cosmos – onto reality constructs more commensurate with their vibration and learning requirement at this time. For those who feel a resonance, energy and lightworkers need to lose their fear and remember how to align these beings in their field thus ushering them back to the light.

4) Holding Ground: You may find yourself drawn to a key location on the planet, which might not necessarily be what you’d most desire. You might not understand why. Inquire deeper. It could be that you’re one of those to hold the 3D ground. You’re meant to infuse and anchor higher dimensional energy. Simply by holding the space and expressing your authentic frequency there, starts to break down the intervention energy and dig it up AT THE ROOTS. It means the shadowside can no longer cling on. And as the earth cleanses herself in the culmination of The Event, then the intervening consciousness will have been completely purged from the earth, thus readying the planet for the fresh beginning in 5D.

The Extraordinary Diversity of ET starsouls on Earth

Recently I had a tremendous vision of future landing now in my own life, a lucid dream at the culmination of this shift.

I’d been regressing a group of people back to the time of Atlantis and the great upheaval there some 12,000 years ago at the conclusion of the last shift. They were indeed awakening people with their consciousness, unraveling the field, and realigning Opposing Consciousness. As the old reality destabilised, I realised that for me the journey was stimulating visions of the future. In the meditative journey to the group, I visioned for them the wall of water incoming following the solar flash that precipitated the culimnation of the Pole-Shift. As I peered across the horizon, it looked like a mountain range, towering into the heavens, but moving rapidly towards us. We were holding ground at key locations on the planet, anchoring aligned frequencies. Then the gigantic wave engulfed us. I found myself immediately transitioning, by the process of Maha-Samhadi, to the light body, but curiously ascending through the 3D energy of the wave, even though I was now 5D. I was rising up through the green and blue water smoothly, before bursting out on the surface and into the New Paradigm. All around me were other souls surfacing in joy and release. The lucid dream was quite extraordinary, very prophetic of the future. There was no fear of 3D death. Instead great excitement and joy at the liberation. 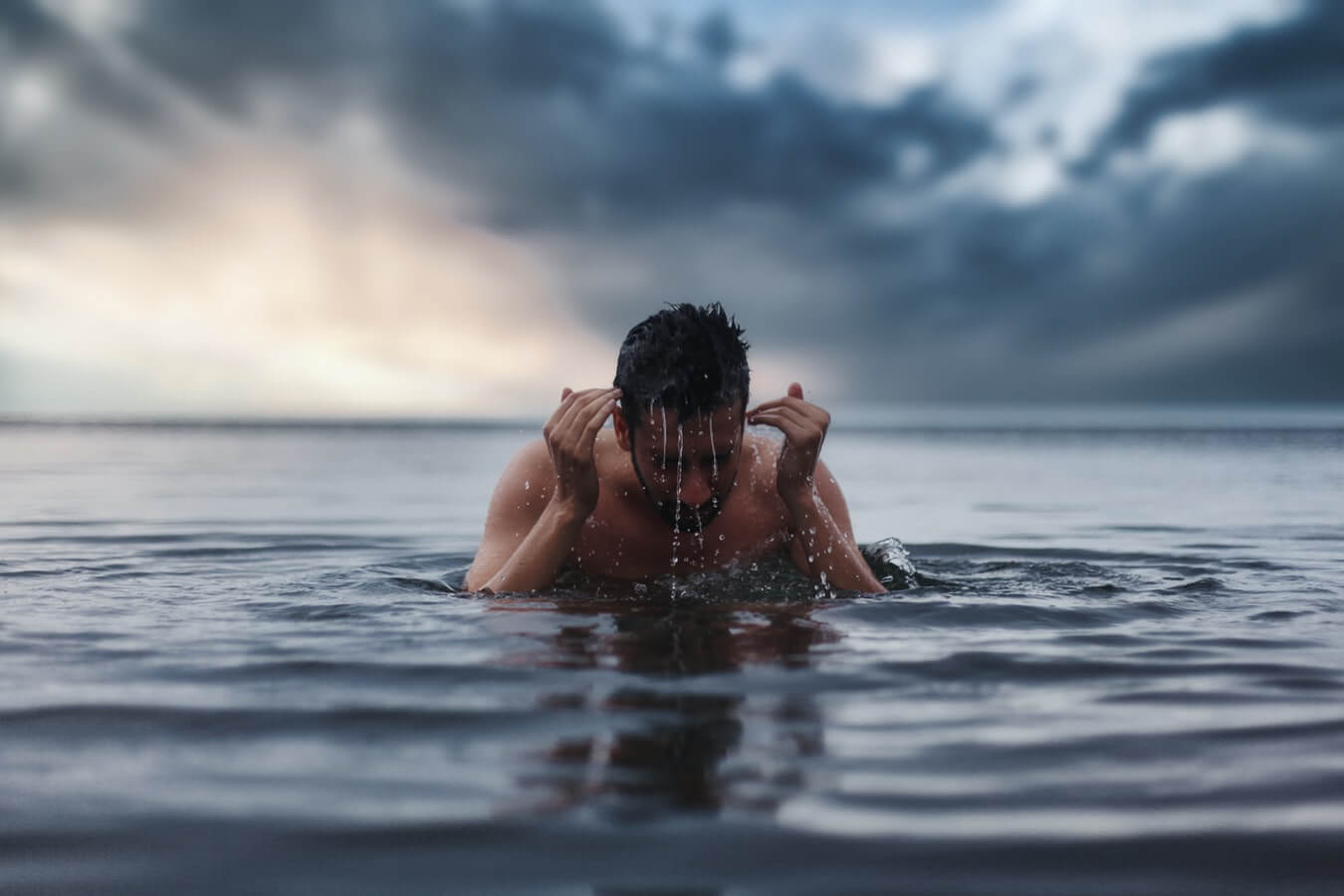 Do you understand your role in the shift yet? Having a sense of it is becoming utterly crucial as the situation begins to escalate. You may be drawn to change locations or work in a particular way. You might find yourself beginning to speak curious light languages or make intonations that seemingly have no sense. But these are likely to be crucial to the shift and your purpose here. Look beyond the noisy 3D drama. Work to drop personal desire and open up to the possibility of divine service. It may mean a change of location or how you live and work. If you find yourself in one of these roles it will be extremely fulfilling and enriching at a soul level.

Above all, work to embrace the bigger picture of where this is really all heading. What the endgame really is – the shift into 5D consciousness. This will make your life increasingly harmonious and rewarding, even as the shadow flails around in its noisy end-game throws. The future is certain. Let’s embrace our purpose and make the shift there as smooth as possible.