Prepare For Change
Home Media The Truth About the Criminal Sabotage of the Nordstream 1 and 2... 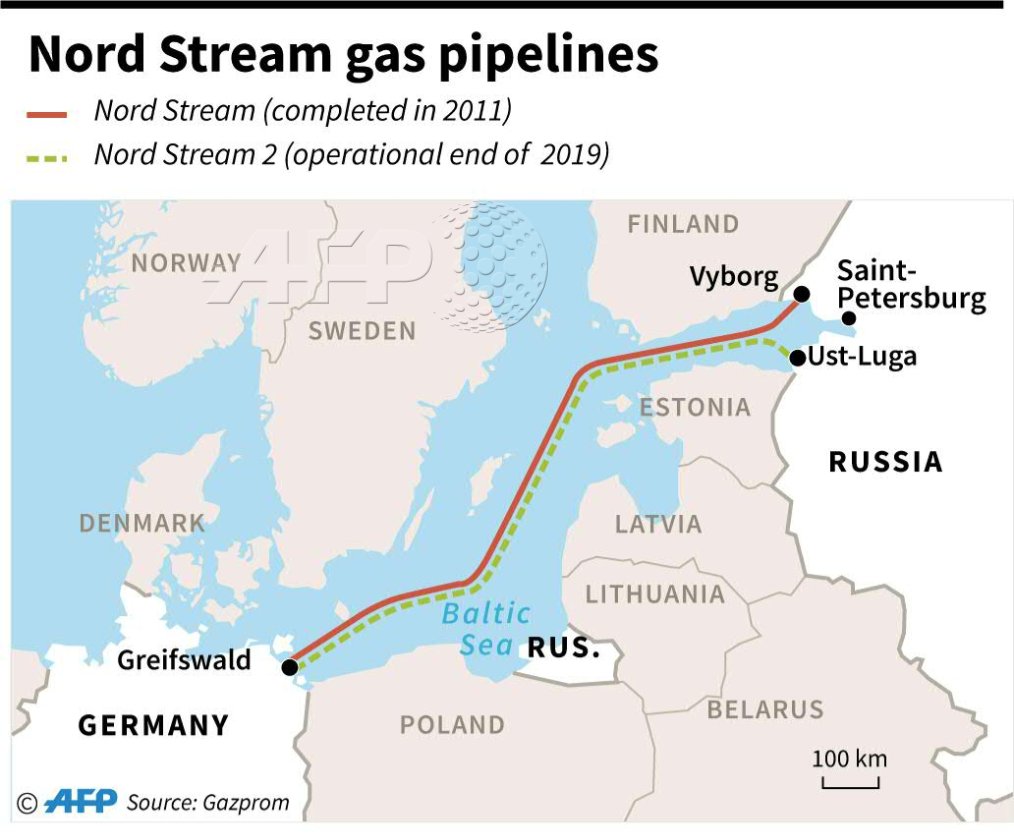 The amount of evil behind this is horrific.

What happened today with the Nordstream 1&2 pipelines has never ever happened before in history.

People are under the impression that they only attacked Nord Stream 2, which was built but never used.

They also attacked Nord Stream 1, which was active until very recently, as well!

These underwater pipelines are built to withstand any scenario except from intentional destruction via explosive devices.

Now that we have confirmation from the Swedish National Seismic Network that two explosions seem to have occurred near Nord Stream 1 and 2 (www.svt.se/nyheter/inrikes/svt-avslojar-tva-explosioner-intill-nord-stream) we can say with confidence this was a deliberate act.

Any pipeline or cable anywhere in the world or international waters is now subject to attack.

This is our brave new “rule based” world order.

Footage from the site of a gas leak on the underwater section of the Nord Stream.

The video was published by the Danish military.

Earlier, the Kremlin said that it was most likely about sabotage.

The same opinion was expressed in the German government. pic.twitter.com/Jg72xQxNjE

So, it was not a freak accident, but a deliberate act of sabotage.

The legacy media is already accusing Russia of a false flag attack.

The real question is this: who had the means and the motivation to do it?

Who wants to keep Germany down and sell gas to world’s largest economy/trading bloc? (that would be the EU before you ask).

Scenario 1: if Nord Stream 1 and 2 are out of commission then the ONLY way for Russian gas to be delivered to Europe is through Ukraine.

A Russia who wanted to force the West to pressure Zelensky to the negotiation table and to end the war would definitely do that.

They have the means to do it, and the motivation. Well, sort of, but it’s a plausible scenario.

Scenario 2: it was Zelensky, who knew European will to continue supporting Ukraine was faltering, but feared for reconstruction revenue, so he would be motivated to ensure there was no way for Russian gas to reach the European market except through him.

The problem with this theory is that the Ukraine doesn’t have the capability to do it, i.e. they don’t have submarines as far as I know.

Scenario 3:  the US or one of their allies did it; the US has the motivation and the means, i.e. it has enough gas to supply the world for the next 100 years.

Who is making a massive amount of money shipping gas to Europe via tanker at 3x the price of Russian gas since the Ukraine war started?

Also, do you remember that press conference from early February 2022?

Biden: “There will be no longer a North Stream II. We will bring an end to it.”

Reuters: “But how will you do that exactly, since the control of this project is within Germany’s control?”

BIDEN admits US behind sabotage of Nordstream 1 and 2.

Biden: "If Russia invades…then there will be no longer a Nord Stream 2."

Reporter: "But how will you do that, it's in germany's control?"

Biden: "I promise you, we will be able to do that." pic.twitter.com/idlxQYuAqU

Short of a miracle, we will never know who did it.

Each party will accuse the other one ad nauseam.

Meanwhile, the EU people are done for: no more cheap gas from Russia means no competitive industry, no affordable heat in the winter, no fertilizer-> no agriculture -> no food.

But that’s ok with the empire, because it’s Europe not the US who will suffer, and in the words of Victoria Nuland :fuck the EU.

⚠️January 27, 2022 VICTORIA NULAND: “If Russia invades Ukraine, one way or another, Nord Stream 2 will not move forward.” pic.twitter.com/gYSaMd0yJc

The truth of the matter is that until Germany develops nuclear weapons, Europe will be perpetually bullied by trans-Atlantic ZOG (US and UK) into joining idiotic and dangerous conflicts like NATO’s war in Ukraine.

The only way this could be achieved in Germany’s tightly controlled political system is if there is a military insurrection that establishes a nationalist state.

The sabotage of Europe’s economy should be a warning to everyone in the world, there are no rules anymore, and the green energy bullshit/global warming mantra will get you killed in the long run.

The United States is increasingly desperate to keep the neoliberal order from completely toppling over, and its Jewish ruling class is going to act in increasingly incoherent ways as their desperation mounts.