Prepare For Change
Home Conspiracy and Crimes Against Humanity Howls Of Outrage After New York Times Confirms SBF To Speak Alongside... 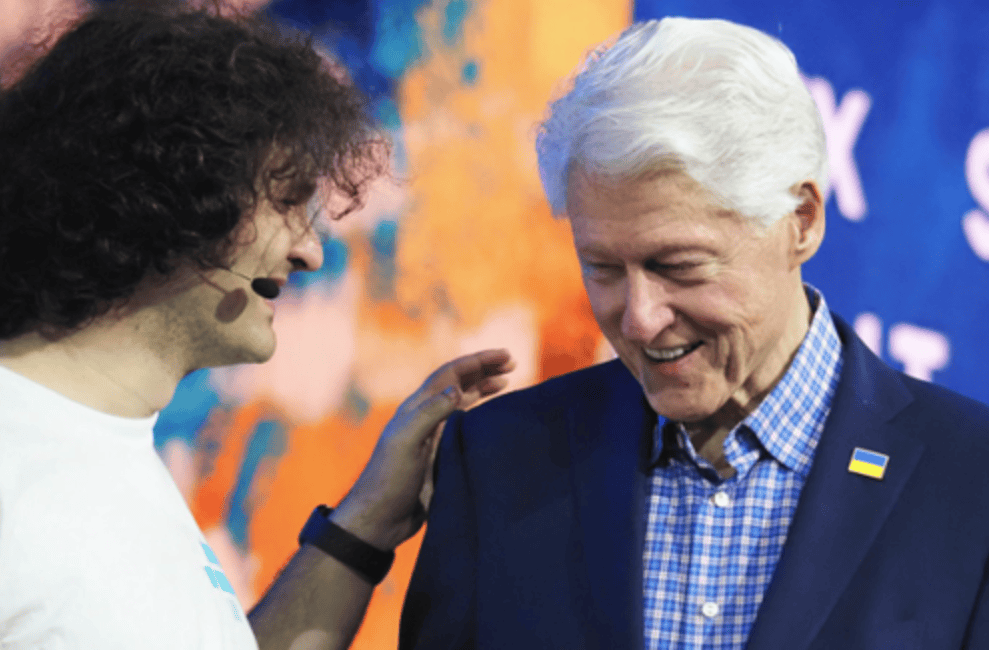 As we discussed last night, Sam Bankman-Fried has now demonstrated that he is both a pathological liar and a sociopath, the kind who in “explaining” to his employees how he stole billions (over $4 billion according to new FTX CEO John J. Ray) from the now bankrupt FTX, an act which left it insolvent and without liquidity, called it “loans” which were “generally” not used for “large amounts of personal consumption” (just “small amounts” used for such trivial items as $40 million penthouses and private jets).

And the only reason we don’t officially call him a criminal just yet, is because he has not yet confirmed he used client money from his exchange to fund his personal hedge fund, an act which would cost any other individual decades in jail… but not prominent democrats like SBF or Jon Corzine, of course. Plus it’s the US legal system’s job to do that, not ours. Although we are growing increasingly skeptical this prominent Democratic donor will ever see the inside of a courtroom.

It’s not just us: with much of the entire world demanding to know how this corpulent 30-year-old still has not been thrown in prison, or at least charged with a variety of crimes, the NYT just confirmed to the entire world what a farce the one-time paper of record has become, and how it is willing to whore itself out for clicks – not to mention prominent Democrat donors – because moments after SBF tweeted that he will be speaking with Andrew Ross-Sorkin moderated NYT “summit” on Nov 30…

… Sorkin quickly confirmed as much.

And so, instead of being under arrest, SBF will instead be treated like a luminary alongside other such other Democrat icons as Zelenskyy (who according to some may have been intimately familiar with FTX fund flows in the past year) and of course the woman who along with Ben Bernanke and Jerome Powell, made it all possible by blowing the biggest asset bubble of all time: Janet Yellen.

And while we are certain that the NYT – which we assume is done writing puff pieces on behalf of SBF after it became a laughing stock last week – would be quick to mercilessly cancel and expel from its “prestigious” conference anyone who had misgendered some post-op transsexual, it is willing to give this thieving pathological liar and sociopath a forum in which to profess his innocence to the entire world, and by association with other Democrat “celebrities” such as this one… 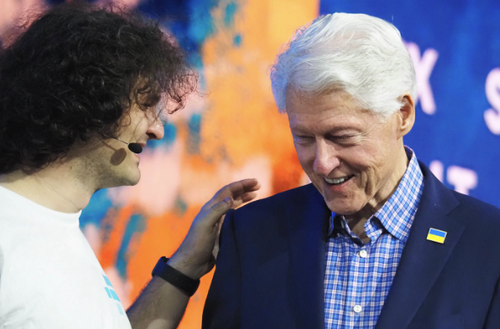 …  to boost his standing within a legal system that is clearly as much as joke as the venue that he will be sharing with the following individuals: 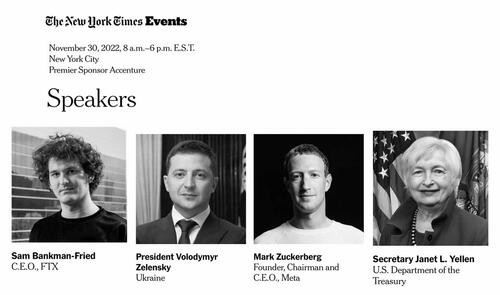 Here are all the other “top business and policy leaders” at the NYT whitewashing summit:

The shocked, stunned and simply disgusted reactions are still coming in:

SORKIN: “Internet trolls are scapegoating Sam, but we should celebrate entrepreneurs even when they fail. There’s nothing illegal about taking big risks.” https://t.co/mB9KkFsRdt pic.twitter.com/FKyTtdsfl9 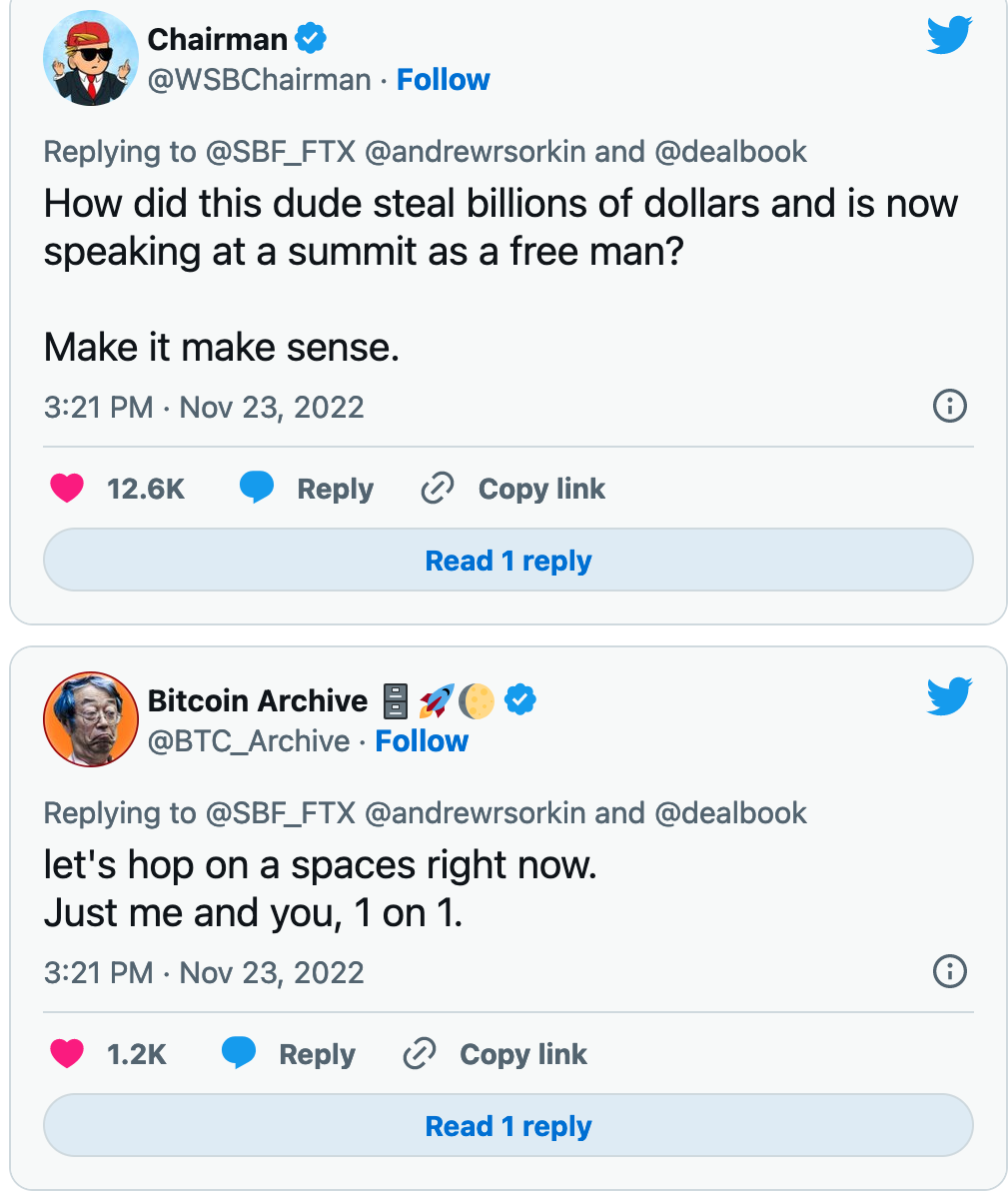