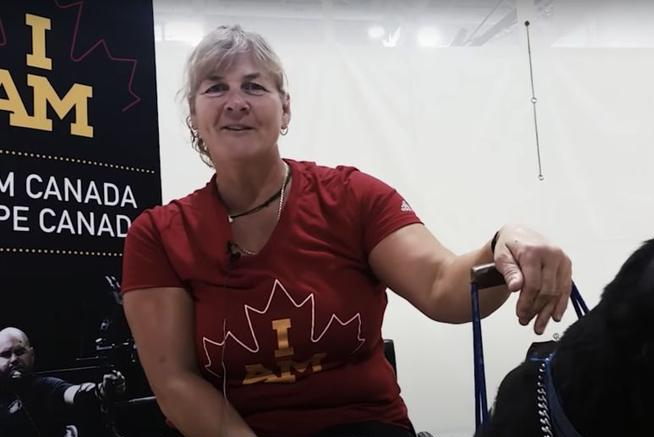 When CBC reporter Murray Brewster wrote that “a paraplegic former member of the Canadian military shocked MPs on Thursday,” he was not exaggerating. Retired corporal Christine Gauthier testified “that the Department of Veterans Affairs offered her, in writing, the opportunity for a medically assisted death — and even offered to provide the equipment.” As it turned out, Gauthier was not the only one who’d been “offered” the assisted suicide “option.”

Gauthier spoke before the House of Commons veterans committee “and agreed to provide a copy of the letter,” Brewster wrote.  Gauthier competed for Canada at the 2016 Rio de Janeiro Paralympics and the Invictus Games.

“’With respect to me, I have a letter in my file, because I had to face that as well,’ said Gauthier, referring to the debate about veterans being offered the option of medical assistance in dying (MAID).”

She testified, after fighting for five years for a home wheelchair ramp, she wrote a letter to Prime Minister Justin Trudeau, concerned about the assisted dying letter.

On Friday, Prime Minister Justin Trudeau called the report of what happened to Gauthier “absolutely unacceptable” and said the government took action the moment it heard of other cases.

“We are following up with investigations and we are changing protocols to ensure what should seem obvious to all of us: that it is not the place of Veterans Affairs Canada, who are supposed to be there to support those people who stepped up to serve their country, to offer them medical assistance in dying.”

The same committee heard testimony last week from Veterans Minister Lawrence MacAulay. He testified “that four — perhaps five — cases of Canadian military veterans being given the MAID option by a now-suspended veterans service agent have been referred to the RCMP [Royal Canadian Mounted Police].”

Canada offers disabled veteran “aid to die” when she asks for a stairlift pic.twitter.com/Xb1PYmSZ2w

Of course, Trudeau had to acknowledge that “these cases fit within a larger debate over the expansion of medically-assisted dying in Canada to include those with mental illness,” Brewster wrote. “That could become an option next spring.”

Trudeau “tried reassurance, saying the employees in question no longer have contact with veterans.”

Trudeau said, “The issue of medical assistance in dying is a deeply personal, extraordinarily difficult choice that individuals and families need to make in the most thoughtful and best supported way possible.” Trudeau added, “We understand that making sure we are respecting people’s rights and their choices, at the same time as we protect the most vulnerable, is a very important but challenging balance to establish.”

Even the Toronto Star, ordinarily wide open to assisted suicide, published an article by columnist Andrew Phillips titled “Canada is going too far with medical assistance in dying. The danger of abuse is becoming ever more apparent” and an editorial, “We need to put the brakes on expanding access to MAID.”