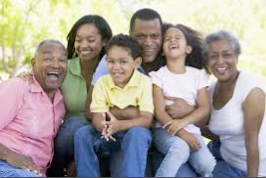 Many of you are aware that something is very unfair with our current financial system.

As hard as you may try, the monthly cost of running a household continues to become one the most difficult challenges we face.

It brings about stress, fear, arguments, and takes its toll on the peace and harmony we are supposed to enjoy in our personal lives, especially if we’re trying to raise a family.

It does not have to be this way, and we are here to help you and your community move to a new paradigm.

First, here a few basic facts you probably were never exposed to as they relate to the existing financial system. 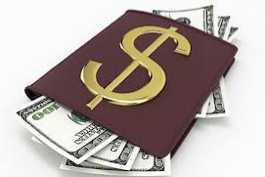 Currently the computer program is controlled by the world’s central banks. In the U.S. it is the Federal Reserve Bank, whose current ownership is unknown to the citizens.

In Europe, the governing body is the ECB, (European Central Bank) whose ownership is divided among the 17 participating euro-based central banks, as well as 10 additional central banks in Europe which utilize different currencies other than the euro. Ownership of these 27 individual central banks that control the ECB is also unknown to the citizens of Europe.

It is fair to state that outside of a small circle of people – no one knows who owns the central banks, and therefore NO ONE KNOWS WHO IS CONTROLLING YOUR FINANCIAL LIFE!

Without exception, all central banks across the planet were formed either through collusion, corruption, deception, and/or contrived wars. Only three countries remain without a central bank:  Iran, North Korea and Cuba.

For more historical data on this subject we offer the following references:

Book: The creature from Jekyll Island, by G. Howard Griffin.

In addition to owning all the central banks on the planet, the same inner circle of individuals also either own or control most or all of the large international commercial and private banks that operate with retail store fronts in your towns and cities. It must be stated that the vast majority of folks who work in these central and retail banks are highly principled hard working citizens, and just like many of us are unaware of who their controllers are, or even of their existence.

There are other international banking organizations that you should know about. 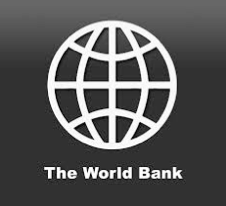 In 1944 both the International Monetary Fund (IMF) as well as the World Bank was established by the 44 governments of the allied forces who fought against the aggressors in World War II. A conference was held at a New Hampshire ski resort called Breton Woods.

An agreement was made that the taxpayers of these 44 countries would fund both of these organizations in an effort to re-build the war torn economies of the decimated countries.

Both organizations still exist today and enjoy complete autonomy outside of the legal systems of all the countries which provide its funding. That is, both your and my money funds their corrupt operations.

An example of how deep the corruption runs can be studied by listening to Karen Hudes searching by Karen Hudes on YouTube, her website kahudes.net, or a 2 hour interview on LiveStream by Project Camelot (below). Ms. Hudes is a Yale Law School Graduate and a 20 year veteran of the legal department at World Bank Headquarters. 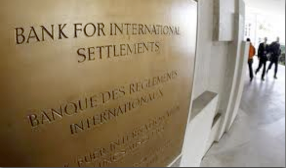 For our purposes the last but not least of the insidious organizations that control our financial lives is the Bank for International Settlements, or (BIS), located in Basel Switzerland of all places.

Where do the central banks get their (our) money?

Remember, all central banks are owned by anonymous private persons. None are controlled or operated by governments. They get their (our) money by logging into their private computer system and creating a money transaction out of thin air, or cyberspace, or make believe, or however you wish to characterize it. The money does not really exist. It is nothing more than a digital entry made from their private computer system.  It is not backed by any government, and it is not backed by any hard assets such as gold or silver, and it can only be redeemed by changing it out for one of their “notes”, known as paper currency.

What is paper currency?

Take a look at some paper money, or look closely at the top left of the $100 bill, as it proclaims itself a “Federal Reserve Note”. The euro is even more mystical. It only displays the names EURO (Latin) and EYPO (Greek) along with the initials of the European Central Bank on the backside in five different variants: BCE, ECB, EZB, EKT, AND EKT.

Since we don’t know who owns the central banks, and we have no idea what backs up their “notes”, one can surmise that we have put ourselves into a very precarious financial position. We are taking notes from a small circle of corrupt individuals of which we don’t even know who they are!

In the U.S. up until August 13th, 1971 our money was backed by gold. Then Richard Nixon issued executive order #11615 which turned our gold backed currency into toilet paper. We now remain at the folly and whim of our financial controllers – the anonymous owners of the Federal Reserve and other worldwide central banks.

What can we do about it?

In 2008 Iceland nationalized the domestic parts of its international banks and let the international sides go bankrupt. It issued arrest warrants for the arrest of criminal bankers, as well as the corrupt politicians who supported the charade. 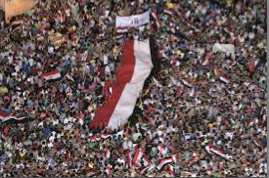 It also protected its citizens by blowing off the phony loans which were issued through the central banks in London and the Netherlands. Its economy is now stabilized and growing, while they have retained autonomy with their own currency. Not bad for a tiny country with a determination to get rid of the corruption.

In early July of 2013 at the behest of its citizens and with the support of its positive military the leaders of Egypt were removed from power. The jury may still be out on the long term ramifications, but a clear message has been sent across the globe to every leader of every country currently in power. Your military is either going to be your best friend or worst nightmare according to how you operate while in office.

Behind the scenes negotiations for the surrender of the owners of the central banks, also known as “the cabal” and the “illuminati” have been going on for some time to no avail.

Plans have been drawn to arrest them and dismantle their financial matrix in the probable event they do not comply.

Here are some facts that may startle you, but in order to be effective in YOUR preparations you’ll need to get over them.

If this resonates positive with you then please continue reading on the main portion of this website.

If it does not resonate, then we suggest that you bookmark this site, because you’ll want to go back to it once the “Event” begins.

Thank you for your attention, and we hope the information has been both informative as well as inspiring for our very bright future.

In peace and love,