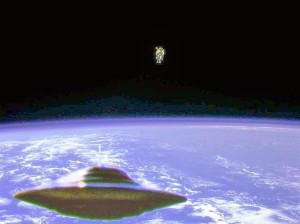 Pleiadian Portal activation was successful. Confederation motherships have positioned themselves inside the Oort cloud. Many of them (mostly from the Pleiadian fleet) are now already within our solar system to prepare for the final liberation of the planet.

The Resistance is now assuming a more active role inside the solar system. Beyond their main stronghold on planet X, they are building many active bases in outer solar system.

Pluto’s moon Charon, which was once a military warehouse for the dark forces, is now one of the main military command centers of the Resistance for the final defeat of the Chimera group.

Many female members of the Resistance are living on some objects in outer solar system and using them as relay stations of the Goddess energy from the Galactic Central Sun towards planet Earth.

The main relay station inside our solar system for the Goddess energy from the Galactic center is a centaur asteroid Chariklo. Many female members of the Pleiadian fleet and the Resistance Movement are located there, meditating and channeling Goddess energy from the Galactic center and sending it towards Earth to assist in harmonizing humanity. Rings have been discovered around Chariklo just a few months ago: