Every day we look at our watches and at the public ones. They are very physical objects making part of our day to day life since we become aware of the universal surroundings. We know what they are showing us and the meaning of the circle with numbers or 4 digits in a row we understand it very well. Or do we? It appears The Time has Density.

Time is a Concept WE invented. And we putted so much energy into it and so we reinforced it so much that it became quasi material. We created another dimension. But this dimension is not really existent. It’s an illusion. But how is the real deal standing? And is it WE that invented it or is it somebody else?

Do we need the Time? I would say that as long as we don’t master the mechanism of synchronicity, then we need Time because we all need to interact each other and we need to meet and not waste the energy of the others, standing with doing nothing and waiting for us to appear. When in synchronicity, this doesn’t happen. If someone is not coming for some reason either the others meet without this one or they meet when they feel everybody will be there and all this outside of any time concept.

But what’s wrong with the Time? While it is just a Concept, a notion, an idea, is nothing wrong. We can have a meaning on planetary daily rotation and equinoxes and seasons etc. so we know at what point we are in all those big universal movements. Nothing wrong up to here. 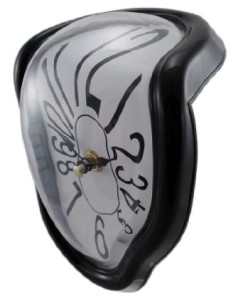 The problem arises when the Time in our lives creates density and so becomes another dimension. Physically we have three dimensions and that’s a constraint. It’s called “the 3D World” or “the Box”. So how can a Concept, aka the Concept of Time, create another dimension? It looks complicated but with patience, actually is amazingly easy: by making all people to act upon another Constraint called Time and to subconsciously keep the awareness (of this concept) present  and manifesting in the day to day life no matter what. And this way this Concept materializes in our Lives. So we don’t talk anymore about “a bridge built over a river because it was needed”. Instead we talk about “a bridge built in 6 months that was done over that river and it was so much”. Or, instead of saying “we need to meet” we say “we meet at X hour at the meeting point”. And this way we create our own constraint that materializes in our lives. It creates not only constraint, but density, stress, hurry, rush, pressure, why not illness and a special type of extra energy consumption.

Let’s think at the old times. Some people needed a hut. They were just building it. Period. Today we make a Project and a Timeline that we impose ourselves to stick with and that’s because it is involved a budget. And that’s the Fourth Dimension: Time Constraint. Today we can call it this way because the presence of money did that. If we think a little deeper we will see that all characteristics of Time Dimension are given by the interaction and hand-in-hand going with the money. We could call it also “Time Density”.

As soon as the money concept is taken out of equation the time dissolves into a simple concept. After all we cannot stop the movement of universal bodies who were the origin of what imagined. They are just there doing what they always did and we just noticed and putted it into a concept.

So the concept of Time, a mind creation, together with the concept of money, again a mind creation (materialized into our lives through coins, first, and then through paper money), are creating together the 4th Dimension of Time. Think about when the boss says: ”be in time, I want you there” you really feel the Time’s Density. You try to become good friend with the second, moreover in a big city where every second counts. So, in other words, instead of just make public some thing that needs to be done and let things happen at the most convenient time for everybody, we make a push of a shock wave of moving things towards a self imposed goal in an self imposed time frame. We switched from the importance of doing a needed something into doing it with so much and in this much time.

To enforce that – it was created the clock… and not only the clock, but an entire industry with competitive brands trying to be the first on the market, the most famous so you watch and the others just… and so on. And for what, people? Only for being able to show the world the expensive gold plated watch that somebody wears and to let everybody understand his or hers social status? In other words, the money that somebody possesses and already has makes the others want one, otherwise said “to spend time and energy to win that wanted money to have a watch like his”.

Here might be the big trick. We said “spend time” (concept), “to win money” (concept), “to have a watch” (time concept – physical reinforcement), but also “spend energy” !!! And that last one (not so visible) is real and is yours and represents your life and your creative spark. And what do you do with it? It is your decision to see or not to see how things are around us. It is up to each of us to understand and to enforce or not those concepts, even if we still interact with them every day. At least we could see from the other perspective too and not only from the one from inside. Perhaps it´s impossible or very hard to move on with your life living in other perspective starting from now, but having the concept of the outside picture, that is being more aware and seeing more clearly. I believe that is a good thing for each one and everybody. It’s like looking at a house from a perspective but in the same time being able to completely visualize what’s behind also.

As a little conclusion, we don’t know if we created the Time Concept. Maybe we did in another life, but we can think at answering these questions: is it us we are maintaining it dense or not? and if it is so in which way? and after all what do we want? keep it or get rid of it? Either one or the other, why?
Just try to find out how we can materialize the “Happiness Dimension” or “Happiness Density”.

In Love and Light
Energy Kool