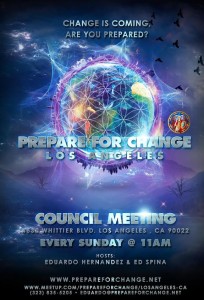 For our Sunday June 21 Summer Solstice meeting, we will have a very special guest, Taansen Fairmont Sumeru. Taansen will be coming from the Seattle area to share with us several topics – – a summary of his forthcoming book “Cosmic Renaissance – Enlightenment in the Arts”, a time travel experience he had in Switzerland in 1976 in which he stepped into the completed Golden Age in California AFTER The Event, and tools to live RIGHT NOW free from two of the main wheels of the old dark cabal’s enslavement mechanisms — debts and taxes.

Taansen is a meditation teacher, celestial musician, heavenly artist, and writer on Vedic Science, higher states of consciousness, and the Dawn of the Age of Enlightenment. He is among millions worldwide who are consciously aware of having incarnated at this time to help bring Heaven on Earth and the Golden Age.

What Cobra calls The Event, Taansen foresaw in 1976, looking back from some point in the near future — perhaps sometime between 2015 and 2020 . . . after The Event had already happened. The entire Earth had become a Paradise, a Utopia, and it had all started with a single Moment when the Cosmic Consciousness had flashed “in the twinkling of an eye” within all living beings . . . all humans and even the animals. From that point onward, Taansen saw that outer change came extremely rapidly. He saw this looking back from a point in the future that is now not far off. He saw that the Phase Transition had been much smoother than most people expected, because it is definitely for sure — that from all outer appearances, mankind still has a long way to go in a very short time . . .

Then he continued his studies through hundreds of other seminars, courses, institutes, Enlightened Masters, and the most important of all, inner exploration and self-study.

He became a Sannyasin with Osho in 1985, and has been associated with Her Holiness Sri Mata Amritanandamayi, Sri Sri Ravi Shankar, Sri Satya Sai Baba, Sri Karunamayi, Saint Germain, Oneness University, and other Masters and schools.

He is a former keynote speaker at numerous international investment conferences worldwide, on ocean cruises and at many exotic tax haven resorts around the Pacific Rim and the Caribbean, on the topic of his highly acclaimed 1997 book “Sovereignty Consciousness“.

Taansen is presently working on a forthcoming book called “Cosmic Renaissance — Enlightenment in the Arts”, and foresees creating an Enlightenment Channel for television. Thus part of his talk will be about the dawning transformation in television, music, movies, and the entire entertainment media, caused by the rapidly rising world consciousness and the exponentially increasing rise of Cosmic Consciousness in the population worldwide.

On the financial level, the dark cabal has come nowhere near achieving most of its horrible global police state objectives — Thank Heaven — they’ve been foiled again and again by The Light. But they did cause enough damage that over 90% of the world’s population still suffer from insufficient resources, and even the majority of Americans are drowning in debt. In 2002, Taansen discovered a formula for easily cancelling 100% of one’s credit card debt and other unsecured loans if it originated under the Federal Reserve system in the United States. Over the years he perfected it and has shared it with thousands of people. It has a 100% success rate. So he will share with us his success in assisting people in legally and totally eliminating their unsecured debts, which include student loans, Visa, MasterCard, Discover, and so on. (See debt-elimination.net)

Likewise, to be free of taxes, he has been helping people everywhere move their business, personal, commercial, and investment affairs into the exact right kind of pure common law sovereign irrevocable trust – the kind that not only is tax exempt, but also that has no filing requirements. It is the best written version of this type of trust, for many reasons.

This is the type of trust that the super-rich have been using. It is time for peaceful people of the light to disseminate beneficial influences in society with the same sovereign legal instruments with which the dark elite have previously been hiding their assets. This is the best protection for your humanitarian business and ethical investments. (See house-of-freedom-trust.com)

He said he looks forward to meeting our group and answering any questions you may have.

We invite you to join our ‘Prepare For Change weekly Council meeting’ this coming Sunday June 21st. starting 11 am at 4530 Whittier Blvd. Los Angeles California 90022… It is always free!

If you have Facebook please add me as one of your friends and also please click and ‘LIKE’ our ‘Prepare For change Los Angeles’ alternative news page.

Kids and Pets are always welcome !