Drinking sugary drinks could be causing nearly 8,000 cases of type 2 diabetes a year, according to research.

A study led by the University of Cambridge found sugar-sweetened drinks could give rise to 1.8 million diabetes cases over 10 years in the United States and 79,000 in the UK.

Academics analysed studies carried out in both the US and UK as they had the most data available, and found sugar-sweetened beverages were consumed by 54.4% and 49.4% of people in each country respectively. 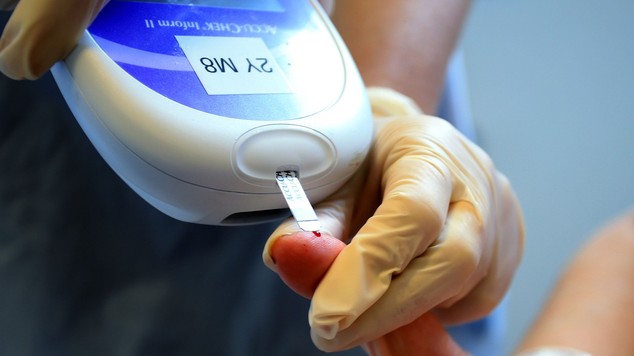 Sugary drinks could be behind thousands of cases of the condition every year, according to research

They concluded that regular consumption of sugar-sweetened beverages may be linked to 2-6% of type 2 diabetes cases in the UK, and 4-13% in the US. This was independent of individuals obesity status.

The study, which is published in the BMJ, pointed out that the studies analysed were observational, so no definitive conclusions can be drawn about cause and effect.

“Although more research on cause and effect needs to be carried out, this study indicates the potential health gains that may be achieved by reducing the consumption of sugar sweetened drinks,” they wrote.

Meanwhile, a second study published in the BMJ found that a low birth weight combined with an unhealthy lifestyle in adulthood are jointly related to an increased risk of type 2 diabetes.

A team led by Harvard School of Public Health in the US tracked 150,000 men and women for 20 to 30 years, looking at f ive lifestyle factors – diet, smoking, physical activity, alcohol consumption, and body mass index (BMI).