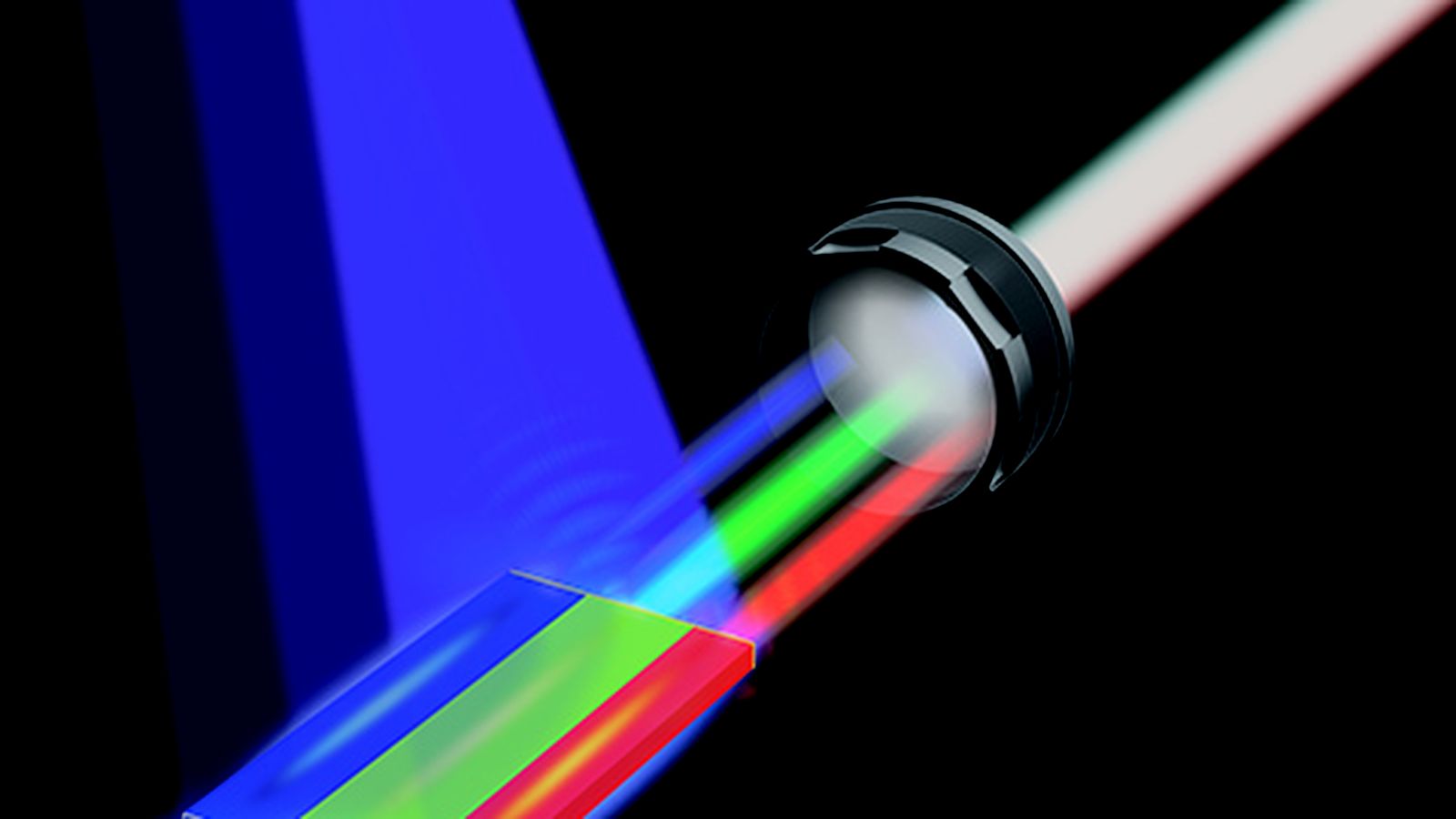 Researchers at Arizona State University have created the world’s first white laser beam, according to a new study published in Nature. More work needs to be done to perfect this technology, but white lasers could serve as a potential alternative light source — both in people’s homes and in the screens of their electronics. Lasers are more energy efficientthan LEDs, and the ASU researchers claim that their white lasers can cover 70 percent more colors than current standard displays.

The researchers also suggest the technology could be used beyond consumer electronics. They suggest white lasers could be used in Li-Fi, a developing technology that uses multiple colors of light to enable high-speed wireless internet access. Currently, LEDs are being used to develop Li-Fi technology, which could be 10 times faster than current radio-based Wi-Fi. Ning and his colleagues argue that Li-Fi using white lasers could be 10 to 100 times faster than LED-based Li-Fi.

WHITE LASERS COULD SERVE AS A POTENTIAL ALTERNATIVE LIGHT SOURCE

For the past 50 years, lasers have been able to emit every single wavelength of light — except for white. The problem is that typical lasers only beam one specific wavelength of light at a time. To create white, the ASU researchers manufactured three thin semiconductor lasers — each as thick as one-thousandth of a human hair — and lined them up parallel to one another. Each semiconductor emits one of the three primary colors and are then combined together to form white. The entire device can also be tuned to create any color in the visible spectrum.

White lasers won’t be showing up in our electronics any time soon, however. For this study, the researchers had to pump electrons into the semiconductors with an additional laser light. The engineers will have to design white lasers to run on battery power before they can be used for commercial applications.