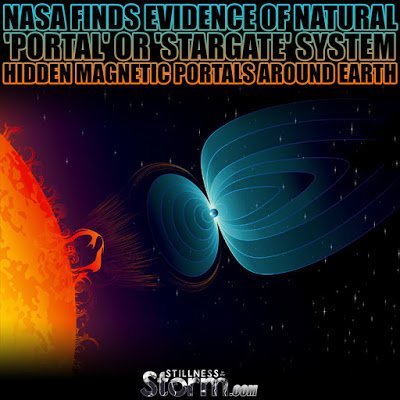 Corey posted a huge update regarding a meeting that took place between himself, Gonzales and a recently organized breakaway civilization alliance council. The information disclosed in that account definitely raises some questions as to alleged contacts with benevolent ET’s over the past 60 years; at least. Many of the accepted ET contacts of the past could in fact be ancient breakaway humans who deceived the surface population into thinking they were off-world groups.

That being said, I would suggest not throwing any babies out with the bathwater just yet.

Undoubtedly there are nuggets of wisdom being shared by these groups, yet this development further underscores why blind acceptance is never advantageous.

The other interesting point revealed in Goode’s account, was that the Ancient builder race, which is responsible for the creation of many structures and sites throughout the solar system including the ancient star gate system, is referred to by these breakaway groups as the Guardians; the Sphere Being Alliance. The Ancient breakaway council is not happy that the Sphere Beings have refused to make direct contact with them unless it is made as a joint effort between them and the secret space program alliance.

Part two of that report is set to be released soon, and will most likely provide even more data points for greater understanding of the political landscape shaping Earth’s epic history.

My commentary will be in [green brackets] with Corey’s text in black.


If you do not already have a Gaiam TV subscription, and want to support Corey, use this link here: blueavians.com. You can also watch three episodes for free, which provides a brief introduction to Corey’s work. For translations of Corey’s updates go here.

Sphere Being Alliance What they will not be telling you on their own is that the ICC has been mining the asteroid belt and kuiper belt for precious metals and other materials for decades to support and build their vast infrastructure. After a planet was destroyed to create the asteroid belt it exposed these veins of metals making them much easier to access than the minerals on our planet.

Asteroid passing by Earth may hold $5 trillion in precious metals

Update: This post has been updated to reflect weights in troy ounces in reference to estimates for the asteroids potential platinum composition.

Astronomers speculated that the asteroid, known as 2011 UW-158, which passed about 1.5 million miles from Earth, might have carried as much as $5.4 trillion worth of precious metals and minerals, according to Slooh, which connects telescopes to the Internet.

Slooh quoted Astronomer Bob Berman as saying this in a news release: “Can it be mined someday, perhaps not too far in the future?”

Mining.com reported that scientists believe the half-kilometer-wide asteroid contains up to 90 million metric tons of platinum and other precious metals.

2011 UW-158 is expected to make a return orbit to Earth in about three years and it’ll pass even closer to the planet, Mining.com estimates. Maybe by then gold prices US:GCQ5 (and those for platinum) will have recovered from their multiyear lows.

Corey Goode, a secret space program insider and whistle blower recently discussed some of the hidden sciences used ‘up-there’. Our planet is connected to the sun via solar filaments of magnetic connections, which during certain celestial alignments produce distortions in space-time facilitating the emergence of a star gate or portal.

Attempting to verify this claim by Goode, with mainstream science is difficult, yet when we consider the work of Dan Winter, Dieter Broers, Eric Dollard and observers like Ben Davidson there is a substantial backbone of evidence to support it.

Related All Life is Connected via EMF Entrainment | Solar Revolution Documentary (2012) – Reveals the Science of Entrainment, along with the Sun and Galaxies Influence on Human Affairs

According to Winter, electromagnetism is the ‘bread and butter’ of consciousness. Our emotions produce electromagnetic changes in the fields around our bodies, our brainwave patterns are frequencies based on the Schumann Resonances, and there are countless out of body and near death experiences wherein the continuity of consciousness continues without the physical body. All of these phenomena are governed by electromagnetic principles according to Winter, where the material meets the metaphysical mysteries of creation.

Related Science Of Ascension, Evolution and much more | Fractality: What Makes a LIVE ENZYME – Alive? with Dan Winter

Related What Is The Schumann Resonance? | The Science of: Tesla, Free Energy, “Storms of Life”, Scalar or Standing Waves, Energetic Evolution & Interconnectedness