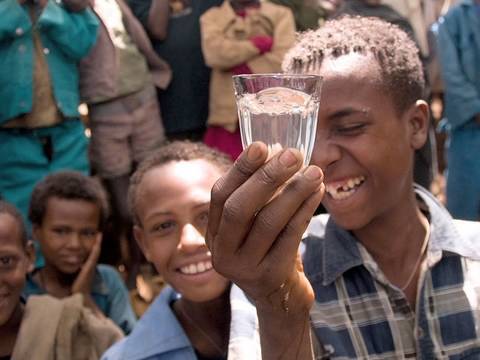 Water is an essential to any human being on this planet, while having clean water is unfortunately not something we all have access to. But a new invention developed by a team of researchers at Alexandria University in Egypt could change that.

The technology uses a desalination technique called pervaporation. Salt is removed from sea water using specifically designed synthetic membranes which filter out large salt particles and impurities so they can be evaporated away. The remaining salt is heated, vapourised, and condensed back into clean water.

In developing countries, spending time and money on water filtration is important, but there aren’t always enough resources to properly explore the field. So when it comes to water cleaning in those countries, it’s important for technology to be affordable and easily replicable. Thankfully, the membranes involved in this new invention can be made in any lab using cheap materials that are available locally. More importantly, the vaporisation part of the process doesn’t require any electricity, making this method of water cleansing cheap and suitable for areas with no power supply.

Excitingly, researchers have discovered another cool feature of this technique  – not only does it filter out salt, it is capable of removing sewage and dirt as well. The breakthrough research was published in the journal Water Science and Technology.

“The technology implemented in the study is much better than reverse osmosis, the technology currently used in Egypt and most of the countries in the Middle East and North Africa,” Helmy El-Zanfaly, a professor of water contamination at Egypt’s National Research Centre, told Scidev.net. “It can effectively desalinate water with high concentration of salt like that of the Red Sea, where desalination costs more and yields less.”

Good news all around, but this prooduct is far from ready for consumer use. While the development is exciting and can certainly make a huge impact in years to come, a lot of work still needs to be done. The theories have been proven effective but large scale demonstration still needs to be done and an action plan for dealing with the waste also needs to be established.

In the meantime, to assist the some 750 million people across the globe who don’t have access to clean drinking water, you can donate to charities like Charity Water, who we have personally dealt with and raised over $5,000 for. Donate here.