Prepare For Change
Home Disclosure Benjamin Fulford – October 12th 2015: The Khazarian mob is on the... 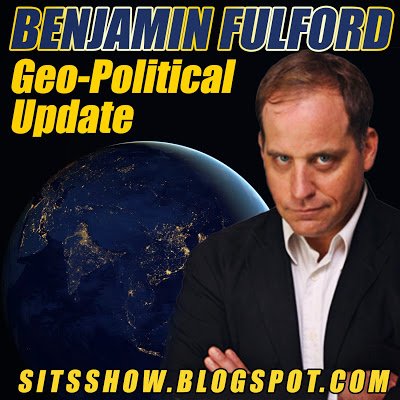 Therese Zumi here: Things are definitely heating up behind the scenes. This one line comment from Cobra a week ago “There are massive geopolitical shifts taking place right now that will lead to the final defeat of the Cabal” is definitely proven to be true in this report form Benjamin Fulford: While reading this report I was also immediately reminded of a link posted by DaNell Glade here the other day which I provide here for those that might not have seen it.
https://prepareforchange.net/2015/10/12/russia-precipitates-the-abandonment-of-the-swift-international-payments-system-among-brics-countries/

I will post the full Fulford report after the appropriate three day wait.

Benjamin Fulford – October 12th 2015: The Khazarian mob is on the run as US military takes over Federal Reserve Board 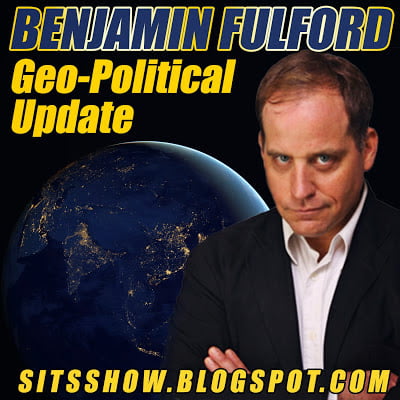 In honor of Ben’s request to withhold posting the full update until 3 days have past, here is the partial update. This post will be updated after 3 days have pasted since its initial release.

The US military, under the new leadership of Marine General Joseph Dunford, has come out with guns blazing to free the people of the United States and the world. Under his command, the US military has taken over the Khazarian mob’s main source of power, the Federal Reserve Board. To confirm this, go visit the home page of the Federal Reserve board, it is no longer http://www.federalreserve.org

but is now http://www.federalreserve.gov/

The Chinese coordinated with this move by announcing their China International Payments System alternative to the Khazarian controlled SWIFT system meaning their take-over of the US dollar system outside of the United States was proceeding as planned. The implosion of the big Khazarian mafia banks is now just a matter of time.

Related End of the Dollar as Global Reserve Currency? | China Has Announced Plans For A ‘World Currency’

Furthermore, there have been huge ongoing military moves in the Middle East aimed at removing the fascist Khazarian Nazionist government of Benyamin Netanyahu in Israel, according to Pentagon and Russia sources. To facilitate the Russian purge of Satan worshipping Nazionists from the Middle East, the Pentagon has withdrawn all its aircraft carriers from the Persian Gulf.

The rogue Netanyahu regime only added gasoline to the fire last week by faking a US air force air raid against Syrian government forces in Aleppo, according to other Pentagon sources. The Russians were not fooled by this maneuver and responded by sending missiles and fighter jets over Iranian airspace (with Iran’s permission of course) to attack multiple targets in the Middle East, killing hundreds of Israeli, Saudi and Turkish troops operating against international law in Syria and Iraq, the Pentagon sources say. The real message of course is that the US military was ready to step aside and allow the Russians to clean up the mess in the Middle East.

Fearing for his life and that of his regime, King Salman of Saudi Arabia checked into a hospital claiming severe Alzheimer’s disease while his son, the real power, Defense Minister and Crown Prince Salman flew to Russia where, according to Pentagon and Russian sources he offered the surrender of his regime. As the rather crude Arab saying goes “one day the stick is in your hand, the next day it is in your ass.” In effect, the Saudi prince bent over and offered Russia control of the oil market in exchange for his regime’s survival. To sweeten the pot, Salman offered to pay for the two French made Mistral helicopter carriers that Egypt is buying after France was forced to cancel the sale to Russia.

The Russians agreed with the Saudis that some sort of “political settlement,” including the end of the fake terrorist ISIS caliphate, was needed. However, with the Chinese, Russians and Iranians supporting Yemeni forces seizing key Saudi oil fields it looks increasingly likely the “political settlement” will be the abdication of that odious Satan worshipping pseudo-Muslim family and their ceding of control of the Muslim holy lands in exchange for their lives. Perhaps a comfortable retirement in the French Riviera could be arranged. That would no doubt be preferable to the beheading many of them deserve and some of them may get.

Related “US Led ISIS Coalition” Connections to John McCain | Did CNN Just Admit The US is Helping ISIS?

The other Middle Eastern autocrat who is in a deep state of funk is Turkey’s President Erdogan. The Pentagon is withdrawing all its forces and anti-missile defenses from Turkey as part of its general disengagement from the region. The only thing they insist on, and will continue to get, is regular gasoline supplies for their fuel guzzling military engine.

Erdogan has been caught bombing Kurds in his own country, stealing industrial infrastructure from Syria, working with Israel and generally being an anti-social trouble maker. As payback, the Rothschild pipelines carrying Syrian and Iraqi stolen oil through Turkey are being cut off by the Russians and Kurds.