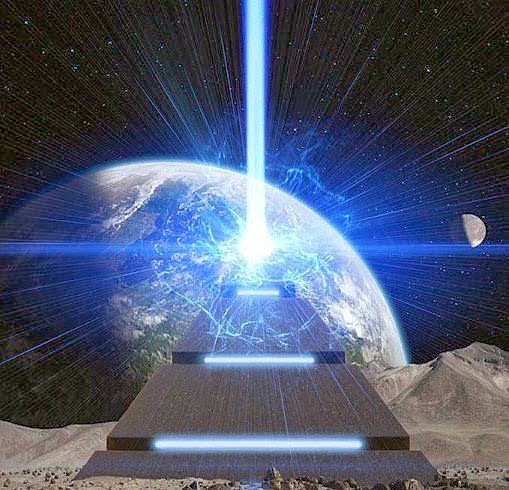 It is safe now to release certain intel that will bring much clarity to the whole situation concerning the Event and the dynamic tension between the Light and the dark forces. Although this intel may be shocking for some people, time has come for people to know the truth because only when the truth is known can situations be resolved.

To completely understand the situation on this planet we need to go back to a specific period of the Galactic history when the dark forces were created. They have chosen Rigel star system in the Orion constellation as their main stronghold from where they controlled their galactic empire.

They have soon discovered that taking hostages gave them the most efficient leverage against the Light forces because the Light forces cared about their people and have hindered their actions many times so that the Light beings which were taken hostage by the dark would not get hurt.

The dark forces have been developing their hostage leverage mechanisms and at the same time developing exotic weaponry technologies that were wreaking havoc across the Galaxy, destroying entire planets, erasing entire civilizations.

At a certain point they developed their most efficient hostage leverage mechanism. They have demanded that the Source stops giving intel to the Ascended Masters and to the Galactic Confederation about the clandestine activities and plans of the dark forces or they threatened to destroy large sectors of the Galaxy.

Since then, the Light forces stopped receiving intel about a certain part of activities of the dark forces. This has created a cosmic energy split between Light and dark throughout all dimensions and was the beginning of duality. On the fifth dimension and above, darkness manifested simply as absence of intel and lack of understanding how to resolve the cosmic situation. From then on, certain races have begun to believe that darkness and suffering are a necessary ingredient of life experience, as night follows the day and day follows the night.

This allowed the dark forces to turn their Rigel stronghold into the first true quarantine where no Light could enter since the Ascended Beings did not receive intel about the activities going on Rigel and therefore could not send Light and Love to heal situations there. In secret, the dark forces have developed their most deadly weapon there, the strangelet bomb.

When this conglomerate is put under extreme pressure and temperature it begins a chain reaction of changing ordinary matter into strange matter:

If such a chain reaction would not be stopped, just one stangelet bomb could annihilate the whole known universe. Fortunately, the Light forces always had technology to drastically limit the radius of a strangelet bomb. Still a strangelet bomb is a much more deadly weapon than a thermonuclear bomb.

Through millions of years, the dark forces have produced a few physical and quite many more etheric strangelet bombs and stored them on Rigel.

25,000 years ago they have created their second quarantine stronghold on planet Earth and transported part of their strangelet bombs and other exotic weaponry there. This weaponry was the real reason why the Galactic Confederation has not intervened during the Nazi holocaust, Hiroshima and Nagasaki nuclear explosions, Stalinist purges or the Rwanda genocide. At that time the Galactic Confederation did not know exactly what weaponry the dark have on their disposal, they only knew that if they intervened it could lead to disastrous consequences.

Throughout the 20th century, the Confederation has been removing obstacles to the First Contact one after the other until in 1995 they were ready to make their move. This triggered a red alert among the top Archons on Earth at that time and they have decided to call in all remaining dark forces of the Galaxy to defend quarantine Earth. This resulted in the so-called Congo Archon invasion of 1996.

For a brief period of a few years, the dark forces have managed to control most star systems in radius of 1000 light years around planet Earth, except from Sirius star system. They have even managed to invade the Pleiadian star cluster in 1996 and this is how it looked like:

This was a great shock for the Pleiadian race as they have spent hundreds of thousands of years in peace before the invasion.

Rigelians have even taken a a small number of Pleiadians hostage, transported them to Earth into deep military underground bases under Southwest and microchipped them. This is how it could actually look like in Dulce base somewhere in 1996 or 1997:

Among other exotic weapons I would mention physical antigravity scalar weapons. All of them were removed by 2004 and the Resistance does not allow any such weapons to be developed by military industrial complex ever again. The Resistance does however support the development of antigravity technology for peaceful purposes:

Since 1999, the Ascended Masters, the Galactic Confederation and the Resistance Movement are actively removing layers upon layers of exotic etheric technologies from quarantine Earth. Each time one layer is removed, the Ascended Master receive intel about the next layer from the Source. Then Confederation and Resistance personnel removes that next etheric layer. This process was ongoing in the same way until a few weeks ago when a drastic breakthrough was made.

The Ascended Masters have then receive intel from the Source about ALL remaining etheric dark forces and their technologies. This has effectively dissolved the basic foundation of the reality system of duality and removed the foundation of power of the top Archons on this planet. The insane reality of dark opposing the Light will soon collapse and then only Light will remain and all suffering will be gone forever. 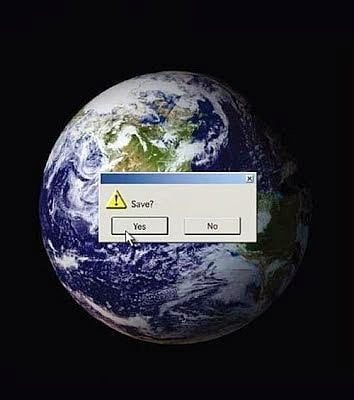 As of March 8th, 2014, only one last layer of etheric Archons and their exotic etheric weaponry remains. The vast majority of etheric Reptilians are gone, most of their technologies are gone, there is mainly a small group of crazy Archons with their exotic etheric weapons. Whether they have strangelet bombs or something else is unclear as that intel is still withheld for security reasons. This is the only factor remaining which prevents the Event right now. How long will this layer last is also unclear for the same reasons.

On the physical plane, everything is ready for the Event. There is also a vast fleet of Confederation ships surrounding the Earth. There are about 5 billion cloaked physical ships positioned in the LEO region:

In addition to that, there are about 120 million cloaked physical Confederation ships in the region between the Karman line

and the Armstrong limit:

The number and strategic position of cloaked Confederation ships in the troposphere and on the surface of the planet remains highly classified for now.

When the first cracks appear in the last etheric defense layer of the Archons, events will then quickly follow. We can expect the following developments popping up in rapid succession, not necessarily in the same order:

To speed up the process, the Light forces have asked me to start »pressuring disclosure acupuncture points«. I will first press two of them.

First, I am in contact with a very strong positive group with substantial financial capability, production infrastructure and strategic plan to start mass production and bring affordable free energy devices to humanity. They are searching for inventors with working overunity devices that can be put into mass production fast. If there are inventors with personal integrity that put liberation of the planet before profit, are not afraid of the Cabal and have working overunity prototypes that are scalable and easily replicated, they can contact me at [email protected]

Second, there is a certain project which involves the Resistance and the surface population. If there are any people who had physical contact with the Resistance or the Agartha network since 1996, they can contact me at [email protected]

On the physical plane, the situation on the surface of the planet is slowly reaching its climax. The Cabal went too far and ultimatums have been issued by the Light forces. The Cabal needed a demonstration of a mild version of stardust technology and it was freely given:

Here I need to add that stardust can not be used only to block, disable or off Cabal members, it can also be used to heal people. Stardust can heal most causes of chronic pain in 15 minutes. It is time people DEMAND this technology to be released to help bringing healing to humanity. There will be many other advanced healing technologies released soon and Positive Military in Egypt has made its first step in that direction, despite attempts to discredit them:

The existence of these devices was confirmed to me directly by Dragon sources and sources within White Nobility of Egypt.

People are finally becoming aware of the actions of Jesuit-backed Blackwater/Academi mercenaries in Ukraine that want to trick Ukraine and Russia into a military conflict:

One of the reasons is that Jesuits want to erase Russian Orthodox Church in Ukraine and replace it with Jesuit-friendly Ukrainian Greek Catholic Church:

The other reason is that Jesuits want to add Ukraine to the European Union, which is a Jesuit creation:

There are many groups with strong military capability that are becoming very angry at the Cabal and the Light forces can not and will not hold them back any longer, so these groups will most likely start removing members of the Cabal from the planet, if they haven’t already, and they will not wait for the mass arrest scenario and the Event. Here I need to add that only about 10% of Jesuits belong to the dark forces and many members of the Cabal are within the Illuminati network against their will so I would ask the aforementioned groups to use discernment in their Cabal removal operations.

Another group has advised Putin that instead of resolving the Ukraine conflict militarily, he should send Spetsnaz agents to start removing members of the Cabal.

A mysterious »unknown benefactor« has approached certain mafia groups and they have sworn allegiance to him and turned their backs to their previous sponsors, the Illuminazi and the Jesuits.

There are at least two more groups ready for action and I will not name them specifically.

As Fulford has said last week: “In the meantime watch as senior cabalists vanish one by one.”