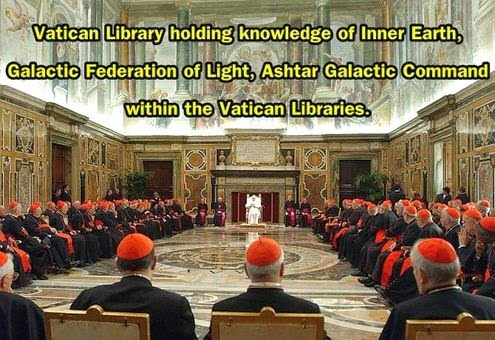 The Breakthrough phase means that the Light forces are no longer focused only on opposing the Chimera and the Cabal, but are gathering momentum for the final breakthrough instead. During the breakthrough phase, the Veil is slowly being dissolved and the quarantine slowly being lifted. There are operations underway to arrange Disclosure leaks through mainstream media by high levels sources in India and Russia. Those leaks are expected to occur when the Chimera group will lose enough power over the military in the aforementioned countries.

Our Solar System has been under control of Orion/Andromedan Chimera empire and their Draco/Reptilian minions for the last 26,000 years, effectively putting planet Earth under quarantine status, isolating it from positive ET races.

The Light forces were forced to sign a non-interference treaty which states that they will not interfere on the surface of planet Earth directly and in turn the Chimera will also not interfere on the surface directly. Although this treaty was quite harmful for the development of humanity in the last 26,000 years, it has also prevented humanity from being harvested by Chimera and their Draco/Reptilian minions directly. This is the reason the Resistance Movement agents are not contacting human beings on the surface of their planet. This treaty is also the reason why the Reptilians have not been massively eating humans for breakfast in the open in surface human cities after 1996 when their presence under the surface of the planet was huge, with 500 million entities present. This treaty is also the reason strangelet bombs were not detonated on many occasions. As soon as the Chimera threat is gone, the Light forces will intervene on the surface of this planet directly.

The indirect attempts to pierce through the quarantine began in the 19th century when the Pleiadians inspired the NYMZA secret society (Sonora Aero Club) to build airships:

Tesla had a connection with NYMZA and he attempted to build a spaceship to travel to Mars. His attempt failed and after that JP Morgan stopped financing Tesla.

Marconi was a student of Tesla and after he saw how the Cabal mistreated Tesla, he and a few other people (including the famous alchemist Fulcanelli) relocated to South America where they built a secret underground city in the Andes in 1937:

Tesla, Marconi and Fulcanelli are all members of the Brotherhood of the Star.

The second Pleiadian attempt to pierce the quarantine began in the early 20th century with the Thule / Vril societies in Germany. Soon, more hostile races took control over the German space program, which culminated in building a secret German Nazi Moon base during WW2. Like attracts like, and the Nazi Moon base was taken over by the Reptilians shortly after the end of the war, all personnel wiped out.

A more direct attempt to pierce the quarantine was made on February 20th, 1954, when President Eisenhower met with representatives of the Pleiadians and of the Ashtar Command at Edwards air force base:

Pressured by the Negative Military, Eisenhower was forced to reject an agreement with the positive ETs and later to sign a treaty with negative Zeta and Draco races instead.

The Pleiadians, however, managed to negotiate a permission from the Negative Military to build a secret base under Bora Bora island in French Polynesia, under the condition that its existence remains unknown to the surface population.

James Francis MacIntyre, the bishop of LA, was present at the meeting in Edwards AFB and reported the proceedings to the Jesuits. There are photos and films of Pleiadian ships, taken at that meeting, in the Vatican library. Jesuits were also regularly updated by the Negative Military about all technologies which the military has received from the Zetas and Draconians. A secret Jesuit space program was started in 1956 to build bases on Moon and Mars. The program was not that successful and, ironically, was codenamed Marconi.

The real secret space program started in the early 1960s, when the Chimera group has given permission to the negative militaries of the USA, NATO European countries, USSR and China to build joint secret Moon and Mars bases in certain restricted areas. Also, a secret treaty was signed between the Cabal and the Draco/Reptilian/Zeta complex which gave the Cabal technical support in construction of Lunar and Mars bases whereas those negative alien races were given permission to build underground bases on Earth together with the Negative Military.

Joint USA/USSR Mars base was thus built in 1964 and then expanded over the next few decades, when more Moon and Mars bases were added to the program. The main lunar base was built on the far side of the Moon and was codenamed LOC (Lunar Operations Command).

The whole secret space program was named Solar Warden and top supersoldiers were accepted into the program and brainwashed with the idea that they are defending Earth from the negative aliens. Some UN diplomats knew about the existence of the Solar Warden and they naively believed it to be a global program for Earth defense against an alien threat. In reality, the purpose of the secret space program was to build joint human/Draco infrastructure throughout the Solar System for the Archon invasion which happened in 1996:

From the human side, the program was directed by the unholy four (Bush Sr., Henry Kissinger, Donald Rumsfeld and Dick Cheney). The unholy four are actually Draconians who took human incarnations 26,000 years ago and are the four most visible Draco/human hybrids. 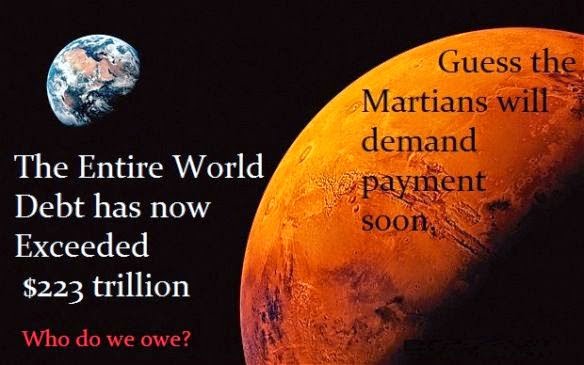 The Light forces have infiltrated the Solar Warden space program in many ways. Eisenhower, cornered by the Cabal and forced to team up with the negative aliens, formed some secret cells inside the Solar Warden program which were working for the Light.

Also, the Organization (forerunner of the Resistance Movement) had secret teams infiltrated into the Solar Warden program. The Organization was also cooperating with positive Andromedans who were well aware of the situation in this Solar System.

The Light forces built their own Lunar base inside the Tycho crater and I visited that base in 1983. It was a huge domed structure with a nice swimming pool inside, from where I could watch the Earth. Many years later I had a surreal moment when I was in a similar swimming pool on Earth, covered with a glassy dome and was watching the Moon rising. It was then a shock and confusion to my brain to see the Moon rising though the glassy domed structure where I should be watching the orb of Earth instead!

After the Archon invasion in 1996 our Solar System was filled with Draconian and Reptilian entities. Their main military base was on Charon (Pluto’s moon) with many strongholds in the main asteroid belt. In that timeframe, many key people were taken to the underground military bases and trauma-based mindprogrammed against the Galactic Confederation and against the Ashtar Command. This is the reason why many people are now so strongly against the Ashtar Command.

During a massive liberation offensive between 1999 and 2004, the Light forces of the Resistance Movement, Pleiaidan, Sirian and Andromedan Fleet and the Ashtar Command cleared the vast majority of the Draco/Reptilian presence from our Solar System. 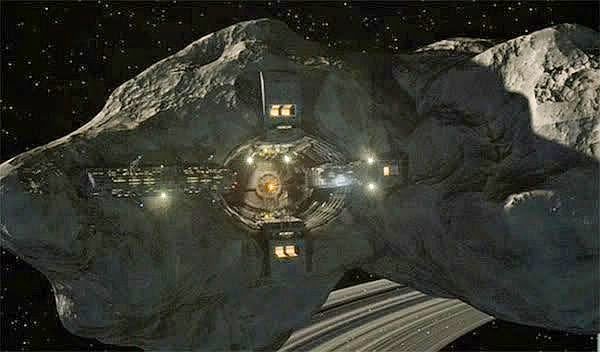 After 2004, the remaining Draco/Reptilian forces were working closely with the unholy four to defend planet Earth from the liberating fleet of the Galactic Light forces and they have been manipulating Solar Warden supersoldiers against the Light. Between 2004 and 2012 the Light forces cleared this Solar System from all Draco/Reptilian presence except for those working directly with the Chimera group. In that time frame, Solar Warden was operating primarily from two locations.

Sublunar operations and operations in Earth’s orbit with X-22A, SR-33A and TR3-B sublunar vehicles were directed from Peterson AFB in Colorado which happens also to be the headquarters of the NORAD (radar network for UFO detection) and Air Force Space Command:

Solar System operations were directed from the Kings Peak underground base in Utah, where most personnel and infrastructure were moved to from Area 51 and S4 when these two locations became too widely known.

In 2012, the Light forces closed down Solar Warden and since then the Cabal is grounded on the surface of the planet and now heavily relies on the Chimera’s (empty) promises that they will save them off planet from the mass arrests. They now feel stranded and are starting to get worried:

Since early last year, the Light forces are dealing with the Chimera directly. Since late January this year, as the physical strangelet and toplet bombs have been cleared, they have started operations to clear this Solar System from the last vestiges of darkness. This operation is codenamed MOSS (Multidimensional Operations Solar System). This operation is still ongoing. Important breakthroughs have happened in the last few days. After the successful completion of MOSS and around the time of the Event, Disclosure and First Contact will happen and this will be the end of the quarantine status for planet Earth.