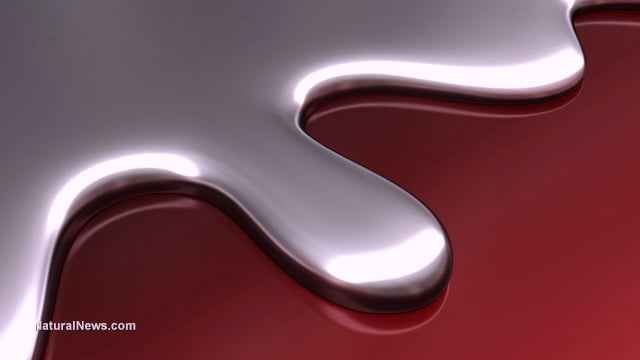 After steadily dropping for many years, mercury levels in some parts of the United States are starting to rise again, according to a study published in Science of the Total Environment.  The long-term national trend is still downward, but levels of mercury in rainwaterincreased across the Rocky Mountains and the Midwest between 2007 and 2013.

“It’s a surprising result,” said co-author David Gay of the University of Illinois at Urbana–Champaign. “Everybody expected [mercury levels] to continue going down. But our analysis shows that may not necessarily be the case.”

Mercury is a chemical element that functions as a potent neurotoxin. The majority of mercury in the environment is released by human industrial activities, primarily through the burning of coal. Atmospheric mercury, such as from coal combustion, is washed into the water and soil by rainfall.

Mercury not coming from the U.S.

The researchers analyzed data collected by a network of sites in the United States and Canada that measure the mercury content of precipitation. Data collection began in 1997, and initially showed only a downward trend in mercury levels. Beginning in 2007 or 2008, however, some sites started to show increases rather than decreases.

That’s because the vast majority of sites in 1997 were in the eastern United States. Monitoring locations in other states were added about a decade later.

“This [increase] hadn’t been observed before, and the sites with positive trends were primarily concentrated in the Intermountain West and in the central part of the continent, in the Rocky Mountain, Plains, and Midwest regions,” said lead researcher Peter Weiss-Penzias of the University of California – Santa Cruz. “On the Eastern Seaboard, the trend was still largely negative even for the shorter time periods.”

U.S. mercury emissions have been steadily decreasing for several decades, so the sudden uptick caught researchers by surprise.

The same data collection sites also measured the sulfate concentrations of rainfall. Sulfate is typically emitted by the same sources as atmospheric mercury, and is therefore an indicator of local sources of mercury pollution. The researchers found that sulfate levels continued to drop even in areas that saw increases in mercury. This shows that the mercury contamination in the central United States is coming from elsewhere, the researchers said.

The researchers point to booming coal combustion in Asia as the likely culprit. The mercury was likely taken up into the upper atmosphere, and began to fall when it hit turbulence above the Rocky Mountains.

Harvard researcher Hannah Horowitz, who has discovered similar data in her own work, agrees that the mercury is likely coming from outside of the U.S. She notes that because of its high elevation, the Rocky Mountain region tends to gather and trap more atmospheric pollution from distant regions.

Newly increasing levels of mercury – particularly increases over which the United States has little direct control – are deeply troubling.

“As a general rule, we are very concerned about mercury because it can be present at very dilute levels in the environment, parts per trillion, but in the food chain—in a food that we eat and that other animals eat—it can reach levels that are toxic,” Weiss-Penzias said.

Because mercury bio-accumulates, it also tends to increase in concentration as it moves up the food chain. That’s why certain predatory fish tend to be so high in mercury levels that pregnant women are advised against eating them.

Researchers do not know if the increase in mercury levels will continue, or what its ultimate effects will be. But they warn that if the current trend of a 2 percent increase per year continues, the end result will be a massive new accumulation of environmental mercury.

“And once an ecosystem is contaminated with mercury, it can take decades for it to become uncontaminated,” Weiss-Penzias warns.