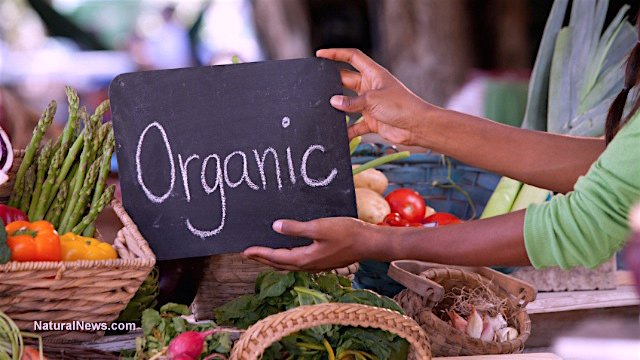 We’ve known for quite some time that there’s a huge difference between organic food and conventional products. Organic bashers like Jon Entine might tell you there’s nothing to worry about, yet research says otherwise. A recent study performed by England’s Newcastle University on ecological agriculture cuts straight to the chase, proving that organic products have healthier fats, more nutrients and fewer toxic chemicals than conventional food.

(NaturalNews) In the 1950s, the world population was estimated to be just under 3 billion. By the year 2000, that number easily doubled, reaching well over 6 billion individuals. Today, feeding the world is a problem on its own, but when you’re faced with corporate magnates that mass produce everything from seeds to vegetables, plants and even animals, are you sure you know what it is that you are eating?

The beef with non-organic meat and milk

In order to raise revenue and profit margins, food manufacturers have sought to optimize their production lines as much as possible – from developing their very own farms to cultivating the food that livestock need until they are slaughtered. But animals normally take years to raise. They can also get sick or develop medical conditions. Instead of allowing nature to take its course, the food industry thought that it could further improve the process. Consequently, animals’ genomes are now being modified to develop prematurely, as well as grow more meat and less fat, while their food is overfilled with antibiotics to keep them alive in squalid conditions.

The food that they eat is also genetically engineered to be resistant to herbicides. Why? Manually protecting immense fields of crops from weeds and pests is time- and cost-intensive. Herbicide resistance allows the use of chemicals that kill weeds without endangering crop yield when harvest is due. However, when you modify a living structure to develop such a trait, you can effect an irreversible chain reaction in the environment. Living organisms are not Lego pieces that can be constantly built and re-built; they are part of a sequence that is completely interconnected.

What’s worse, these transgenic mutations are very likely to be passed on to the animals who eat them. Including human beings. You are basically eating pesticides when you choose non-organic. You are also eating herbicides like Roundup, which has been declared “probable carcinogen” by the UN’s cancer research agency. Combine these with the modifications that the animals are subjected to, put it on a shelf and you have a conventional food item – rich in chemicals and very dangerous for your health.

Why organic is better

The extensive research led by Carlo Leifert, a professor of ecological agriculture at England’s Newcastle University, demonstrated that organic meats have significantly higher levels of omega-3 fatty acids. It’s not just beef or chicken, but also pork, lamb and goat. How much better is organic meat? Data indicates that it contains 47% more omega-3 polyunsaturated fatty acids than conventional meat does. Judge for yourself.

Organic milk is also head and shoulders above non-organic, with 46% more omega-3s. It also boasts 13% more vitamin E and 20% more iron than conventional does. Obviously, the animals that are actually allowed to graze and eat natural plants yield superior food and milk. You might be able to produce more and faster in a CAFO, but at a significantly lower quality.

Overfeeding also goes hand-in-hand with growing animals as fast as possible. In turn, this affects the environment, because more resources are diverted towards the food industry and various ecosystems are contaminated by antibiotic-resistant bacteria. Particularly when we’re as clueless as we are today in regard to genetic mutations, it’s best that we keep eating what’s natural and organic. By doing so, we protect our immunity and health, while minimizing the risk of developing GMO-related illnesses.

Full Moon 8 Nov 22: The Death of the Old Paradigm