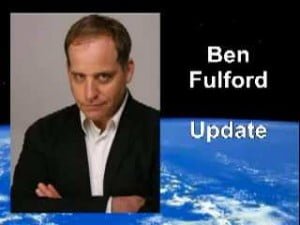 The head of the Khazarian mafia is Baron Jacob Nathaniel Rothschild

The man who is blocking the new financial system and preventing the use of Asian gold for the benefit of the planet is Baron Jacob Nathaniel Rothschild, according to his close relatives as well as the CIA. Baron Rothschild is the head of the Khazarian mafia octopus that controls the issuance of US dollars, Euros, Japanese yen and many other currencies, not including the Chinese yuan or the Russian ruble. It was Rothschild who stood in the way when the Asian elders offered gold at a 13% discount in order to set up a future planning agency charged with ending poverty, stopping environmental destruction turning this planet into a paradise. The plan is supported by the BRICS nations, the Pentagon, most of the agencies and even many of Rothschild’s own relatives.

If Baron Rothschild does not contact the White Dragon Society to negotiate a compromise within 24 hours of this newsletter being published, the WDS will offer 1 ton of gold, available for pick up in Hong Kong, to anybody who can persuade him to get out of the way. By the way Rothschild, we know you are hiding out in Mark Rich’s former house in Zug, Switzerland and not at your country home in Waddeston, Buckinghamshire, England. Don’t bother trying to hide, it would be futile.

If other people also block us we will be forced to issue our own deck of playing cards such as the Bush Nazis did in Iraq. Each card will be redeemable for a certain quantity of gold depending on the nature of the crimes against humanity carried out by the person represented.

However, what the dwindling circle of Rothschild flunkies and Khazarian Nazis need to understand is that the WDS is not out to “get” bad guys. We simply want to save the planet. If somebody stands in the way of our doing this, we will be forced to move them aside.

The other thing to note is that the WDS plan will, in some ways, resemble the year end parties Nomura Securities used to hold for foreign correspondents in Tokyo. Most correspondents are not allowed to accept gifts worth more than $20 or so from their sources. So, what Nomura did was have a bingo game where, it turns out, everybody won a rich prize. This correspondent was once “fooled into” accepting a $300 Noritake tea set in this manner. In other words, the WDS wants to make sure everybody gets a prize including the dinar people, the North Koreans, the various would be M1’s, the gnostic illuminati, the Zap crowd and everybody else who participated in the fight to create a more just financial system. Of course all the people and living creatures of this planet will also emerge a winner once we pull this off, and it will happen.

This is clearly the case because the situation on the ground is getting increasingly desperate for the Khazarian mafia as they are being systematically removed from power around the world.

The biggest recent developments have been in Israel where Defense Minister Moshe Ya’alon resigned last week denouncing “extremism, violence and racism,” in Israeli society and in the Netanyahu regime.

This follows comments made by IDF Deputy Chief of Staff Yair Golan on Holocaust Remembrance Day where, among other things, he said “The rain of racist bills in the Knesset, those already adopted and those in the works, strongly resembles the laws adopted by the Reichstag in the early days of the Nazi regime.”

These comments were supported by former Israeli Prime Minister Ehud Barak who said Israel has been “infected by the seeds of fascism.”

It seems the Jewish people are finally waking up to the fact their own leadership is actually composed of Khazarian Nazi gangsters with a genocidal agenda.

This belated awakening of the Jews to the horrors they have been subjected to over the millennia by their Satan worshipping leaders is not happening by accident. The Russians have carried out a very sophisticated campaign by forcing Israeli Prime Minister Benyamin Netanyahu to

to hire the Soviet born right wing extremist Avigdor Lieberman as the new defense minister, Pentagon intelligence says. This extremist will carry out suicidal aggressive policies that will “hasten the destruction of Israel,” they say. In particular Lieberman is expected to order an invasion of Lebanon that will unleash a rain of missiles that their so-called Iron Dome defenses will be useless against, the sources say.

The other thing that is imminent is the financial destruction of the Israeli regime. That is because the US Senate overcame opposition by puppet president Barack Obama to pass a bill that would allow US citizens to sue foreign governments for not only terrorism but also aircraft sabotage, hostage taking and extrajudicial killing. While the Khazarian mafia controlled press seems to think this bill is aimed at Saudi Arabia, the real target is Israel. Israel (and its secret Rothschild kings) can now be sued for 911, the Paris attacks, Malaysian flight 370/17, the Sinai Russian aircraft crash and now, last week’s Egyptair incident. Pentagon sources say the words “aircraft sabotage” were deliberately added to the Senate bill just to make Israel accountable for its actions.

In the case of last week’s Egyptair “crash” CIA sources say what really happened was that three French government agents were on their way to Egypt to expose serious Khazarian crimes so the plane they were flying in was diverted to Israel. That is why initial news reports said there were 69 people on board while later reports changed the number to 66. “The Israeli hijack of Egyptair only two days after the Senate bill is a bridge too far and may lead to a massive intel dump of its terrorism and malefactions,” Pentagon sources confirm.

The Russians, meanwhile, have forwarded information to the WDS about a major Khazarian traitor in the Pentagon ranks.

They claim US four star general Joseph Leonard Votel, head of US Central Command, “recently secretly visited the city of Rakka, Syria to help ISIS prepare an offensive.” Russian intelligence says Votel’s real allegiance is not to the United States but rather to the Khazarian mafia Vanguard group and its City of London (Rothschild) owners.

Veteran’s today, for its part is saying four intelligence officers, an American, a Saudi, a Turk and a Frenchman were recently captured by Hezbollah in Syria. They are also working for the Khazarian mafia.

The Khazarian fifth columnists in the United States are struggling to keep control by sending all their honchos to try to convince Republican presidential candidate Donald Trump to go along with their program. That is why Henry Kissinger, Dick Cheney, James Baker, Sheldon Adelson and others have gone to see him recently. No matter what these people say “the Donald would still be forced by his handlers to do what is best for America, not Israel,” the Pentagon sources say. Trump is backed by the Vatican, the NRA and the Russians among others and will be following a very different agenda from the Clinton/Bush mafia, they add.

The main source of Khazarian power, their privately owned central banks, is also under major cyber-attack. The hacker group anonymous has shut down the computers at the Bank of England, the Boston branch of the Federal Reserve Board, the Bank of France and attacked 20 other central bank computer systems around the world in what they say is just the beginning of an extended campaign against them. These attacks are designed in such a way they don’t affect daily transactions of ordinary people, just Khazarian oligarchs, Anonymous says.

The campaign to cut off Khazarian narcotics money is also proceeding with the head of US Southern Command visiting Peru on May 10th to ensure that country joins Columbia in ensuring cocaine money does not flow to the Khazarian Nazis. The progressive legalization of drugs around the world, with Germany and Japan set to join the US in allowing medical, and possibly even recreational, marijuana is also cutting of Khazarian mob finance.

The Khazarians have been able to mount a limited counter-attack by taking over Brazil and imposing an Israeli to run the country’s central bank. However, only Argentina’s fascist Macri regime has recognized the new government there. A counter attack against the coup regime in Brazil is now taking place in the form of strikes, protests and “other actions.”

In Japan meanwhile, a long planned G7 summit meeting is taking place this week but, it is already clear this group of puppet leaders is not going to accomplish anything other than enjoy hot springs, visit shrines and eat good food. The official communique will be bland to the point of meaninglessness because the people gathering at this summit are becoming increasingly irrelevant. Some groups wanted to kill Obama when he visits Japan but, as Russia’s Vladimir Putin put it, “if someone’s dog bites you, you do not go after the dog but rather its owner.” The ball is now in your court Rothschild.