Prepare For Change
Home Event Support Groups The end of chemical medicine: Superbug discovered in America that resists ALL... 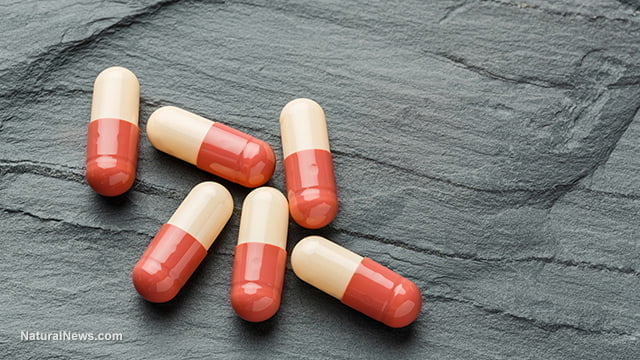 It’s always interesting to study how civilizations collapse and eras of seemingly great human ingenuity come crashing to an end. Since the discovery of penicillin by Alexander Flemming in 1928, the chemical medicine industry has promised humanity that all our ills will be cured by prescription medications. We’ve been promised that cancer, diabetes, heart disease and even Alzheimer’s will all be cured once the pharmaceutical industry finally discovers the correct chemicals for treatment. But today, we’ve come to realize that Big Pharma’s chemicals aren’t curing us… they’ve just DOOMED us.

Superbugs are antibiotic-resistant bacteria. They’re immune to Big Pharma’s chemicals, in other words, and they come into existence because of the over-prescription of existing antibiotics. If you attack bacteria with chemicals for long enough, the bacteria develop biological immunity to the chemical. It happens automatically, and it’s part of Mother Nature’s survival problem solving at the cellular level. The problem, of course, is that it only takes one mutation to render an entire antibiotic drug obsolete.

As bacteria become more and more resilient to Big Pharma’s toxic chemicals, the medical efficacy of antibiotic drugs collapses, one by one. Big Pharma’s chemicals fall like dominoes, overrun by the molecular ingenuity of Mother Nature. To prevent a “superbug apocalypse,” drug companies and hospitals have kept one chemical in reserve: colistin, a “last ditch defense” against superbugs. This is the drug that’s used when everything else fails… it’s the very last option when a patient is being literally eaten alive by antibiotic-resistant bacteria.

Today we’ve just learned that colistin is now obsolete, too. A 49-year-old woman in Pennsylvania was just found to be carrying a colistin-resistant infection, reports Raygano.com. The same story has been carried across the mainstream media.

What this means is that the era of chemical antibiotics has now reached its inevitable end. Big Pharma can no longer save you from the infections it brought into existence.

This development is more than just a game changer. It’s a medical apocalypse. It means that if this colistin-resistant superbug goes pandemic, millions of people will die from infections while pharma’s obedient doctors stand around twiddling their thumbs, wondering what happened.

What happened, of course, is that the giants of chemical medicine — Big Pharma — spent the last five decades cashing in on the sales of the very same antibiotic drugs that gave rise to this medical apocalypse. They profited handsomely from pushing antibiotics even when people didn’t need them, and doctors were routinely bribed to maximize their patient prescriptions.

Everybody cashed in: the drug companies, pharmacies and doctors. But all the while, determined microorganisms were quietly and systematically defeating all known antibiotic drugs. Such drugs are very easy to defeat, by the way, for the simple reason that they are isolated, purified chemicals. It’s hard to defeat natural antibiotics (such as garlic) because they contain a vast array of plant-based molecules. This allows natural antibiotics to attack cells from multiple biological vectors all at the same time. But isolated pharma chemicals are not sophisticated. They “carpet bomb” the patient’s body with a heavy dose of a single chemical. As a result, bacteria easily develop defenses against those chemicals.

As a result of all this, we now live in a world where the hospital is probably the most dangerous place to find yourself in modern society. You can be killed by a colonoscopy! Not from the procedure itself, but from the fact that unclean probing instruments often deposit deadly superbugs into your body, where they multiply and kill patients by the thousands.

According to Pharma Death Clock, over 1.2 million people die each year from hospital infections. An astonishing 377,000 die from superbug infections, and with the discovery of a colistin-resistant strain in the USA, that number is about to get much larger. Not only are hospitals the most likely place to contract such a deadly infection; it’s also the place where everybody who works there is utterly ignorant of REAL antibiotics that kill superbugs.

REAL antibiotics come from nature, and nothing is immune

What are REAL antibiotics? They’re the multi-faceted, plant-based medicines that the entire corrupt industry of pharmaceuticals and medicine has deliberately ignored in order to protect their own profits. Yet plant-based antibiotics are the most powerful in the world, and they work on every bacterial strain yet discovered.

Even the very first antibiotic — penicillin — was discovered to have been synthesized by nature. The chemical was created by mold, not by Man. And it’s just one of literally millions of unique chemical compounds created by Mother Nature that can kill superbugs.

Even common plants such as garlic and ginger exhibit powerful antibacterial properties, and natural antibacterial solutions made from silver or copper are extremely effective against nearly all known bacteriological strains. Yet hospitals in America refuse to use these simple, effective substances for the simple reason that they can’t be patented and sold at 50,000% mark-ups. So they are abandoned by the medical industry… and patients die by the hundreds of thousands as a result.

Here’s something I believe: As superbugs take over our hospitals, those who have blind faith in the useless chemicals of the pharmaceutical industry will pay for that misplaced belief with their lives. Those who survive the superbugs will be the people who turn to natural antibiotics and reject their ignorant, pharma-whored physicians.

Natural antibiotics to stockpile now: 10 herbs and foods that kill superbugs
“It is not difficult to make microbes resistant to penicillin in the laboratory by exposing them to concentrations not sufficient to kill them,” warned Alexander Fleming, the creator of the first antibiotic, penicillin, back in 1945 when he received his Nobel Prize for medicine. “There is the danger that the ignorant man may easily underdose himself and by exposing his microbes to non-lethal quantities of the drug make them resistant.”

Powerful Natural Antibiotics That Don’t Require A Prescription
Antibiotics are the most commonly prescribed drugs worldwide to treat bacterial infections. But these overused drugs have many negative side effects. They kill our friendly gut bacteria, mess up our digestive system, lower immunity, and give rise to the development of super-bacteria that become resistant to the most powerful drugs, which can be very dangerous. Instead of opting for these dangerous and health-harming substances, opt for the much easier and cheaper ways nature provides. Probably they are already hiding in your fridge or pantry.

Long before pills, our ancestors used these 12 natural antibiotics to survive infections:
Long before today’s antibiotics were developed in labs, however, there were foods and herbs that helped us guard against infection and disease on a daily basis. Indeed, many of these natural anti-bacterial defenders are still around today, and are in use by holistic healers around the world.