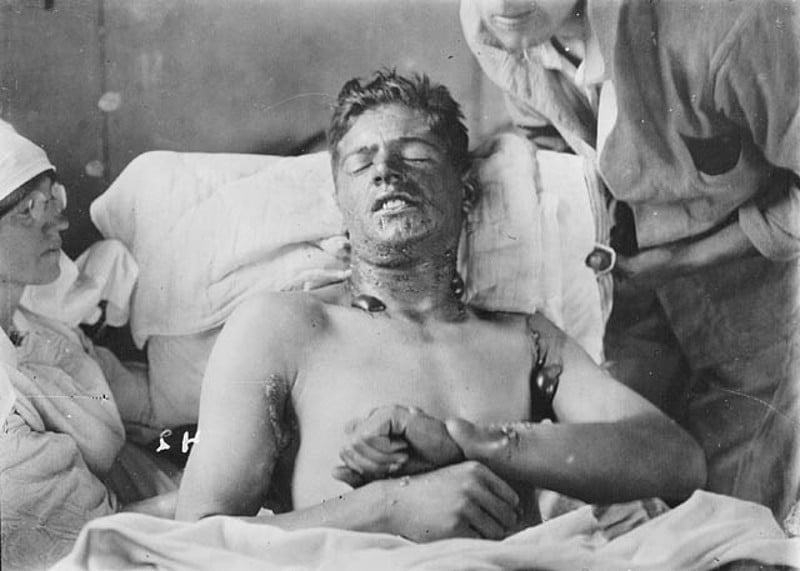 AUSTIN, Texas — Every Memorial Day, American leaders make passionate speeches about their love and admiration for the sacrifices made by the country’s brave military veterans.

“There’s no phrase U.S. politicians love more than ‘support the troops,’” journalist Abby Martin declared on a recent episode of her show, “The Empire Files.”

Yet, as Martin noted, “A dark hidden history shows that [politicians are] no friend to service members, but rather their greatest enemy. An easy way to prove this is to look at how quickly they abandon their soldiers after ruining their lives, even after using them as literal lab rats.”

In the episode, Martin cites several examples of deliberate experimentation on enlisted soldiers, beginning with a shocking episode of race-based chemical weapons testing. Guided by the belief that different races might react differently to chemical weapons, the U.S. military tested devastating toxins like mustard gas andlewisite on black, Puerto Rican and Japanese-American soldiers during World War II. White soldiers were also included in the testing as “control groups.”

“It felt like you were on fire,” Edwards told Caitlin Dickerson, a reporter with NPR’s Investigations Unit. “Guys started screaming and hollering and trying to break out. And then some of the guys fainted. And finally they opened the door and let us out, and the guys were just, they were in bad shape.”

Exposure to mustard gas can cause serious, life-threatening illnesses including leukemia, skin cancer, emphysema and asthma. Many of the 60,000 test subjects in the program were left with lifelong health problems, including Edwards, whose skin still breaks out in painful rashes that leave his skin falling off in flakes.

And the testing didn’t stop after WWII. In 1953, during “Operation TOP HAT,” troops in Alabama were exposed to chemical weapons to test decontamination procedures. “The soldiers were not informed of the tests, asked for their consent, nor given follow up medical treatment,” Martin noted.

While the military is now struggling to handle an epidemic of PTSD and veteran suicides, Martin said:

“They used to subject traumatized veterans to cruel psychological experiments, including bone breaking electroshock therapy, induced comas, and most disturbingly, full-blown lobotomies, a violent procedure that involves destroying the frontal lobe of the brain.”

A 2013 investigation by The Wall Street Journal found that the U.S. military lobotomized some 2,000 mentally ill veterans both during and after World War II. Michael M. Phelps wrote:

“The VA’s practice, described in depth here for the first time, sometimes brought veterans relief from their inner demons. Often, however, the surgery left them little more than overgrown children, unable to care for themselves. Many suffered seizures, amnesia and loss of motor skills. Some died from the operation itself.”

For all the past horrors revealed by Martin, military veterans are still suffering from official negligence and mistreatment today. MintPress News shared Martin’s program with Sean Kiernan, a U.S. Army veteran from Rancho Santa Fe, California, and the president of Weed For Warriors, which helps vets access cannabis as an alternative treatment for PTSD and other health problems caused by their service.

He suggested Veterans Affairs doctors prescribe an overabundance of psychiatric medication, rather than letting them access treatments like cannabis or addressing the root cause of their issues.

“Let me ask you: What is the massive use of pills on our soldiers, if anything other than chemical lobotomies?” Kiernan asked.

Watch “Used & Betrayed – 100 Years of US Troops as Lab Rats” from The Empire Files: