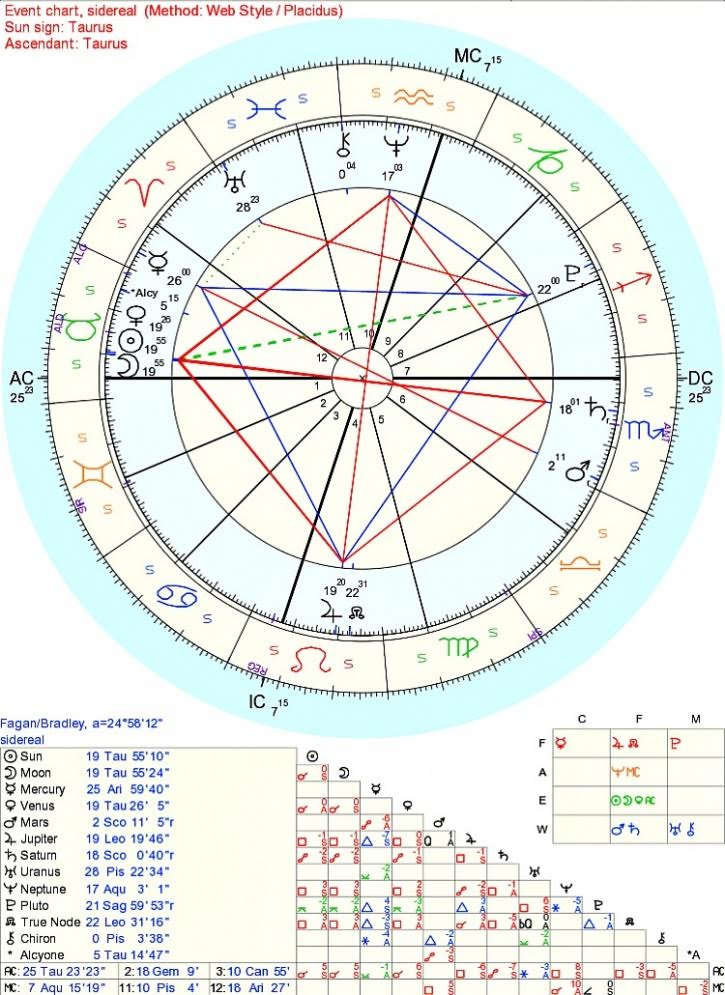 There is a very strong planetary alignment occurring on today, coinciding with the Crete Conference. I’m not an astrologer, and I’ve read different accounts according to the tropical or sidereal astrological calculations…this is the sidereal version.3

We begin on June 4th/5th with a super new moon. On this day there is a Grand Earth Trine with Jupiter, Pluto and Mercury. Heavy hitters that intensify the New Moon forming a Grand Mutable Square with the Cosmic Cross. This configuration of planets assures each of us that we will feel inspired to express our hopes and dreams for the highest good of all. Because Saturn and Neptune are in this square, there will be conflict between the idealists and the pragmatic souls. The New Moon brings a sense of unity and new beginnings.

Fixed Grand Cross formation, meaning all of the constellations of this formation are fixed signs… with these planets:

These four zodiac, the bull, eagle, lion and human are also found in the Celtic Cross shown below (cross design <–> Grand Cross formation)… as well as in mythos of Ezekiel and his “Chariot from the sky”

A Mayan scholar is claiming that the end of the Mayan calendar is actually going to occur between 3rd -4th June, 2016, saying that experts had the original December 2012 date wrong.

The end of the calendar is thought to mark the end of a 5,126-year-long cycle in the Mesoamerican Long Count calendar, which many believed would see a New Age of positive spiritual transformation on Earth and the beginning of a new era. Some also thought the 21 December 2012 date marked the end of the world.

The ‘end of the world’ theory was apparently debunked when the 2012 date came and went four years ago. However, an expert believes that the calculations that previous scholars used to arrive at that date were completely wrong.

The numbers and proof I will show will be crystal clear!

But the Mayan calendar didn’t account for leap years. It had the solar Haab calendar, which was 365 solar days.

The Real Deal: How the Mayan Calendar Works

“The second calendar was the Haab’, or secular calendar, which lasted 365 days but did not account for the extra quarter-day it takes the Earth to revolve around the sun. (The modern calendar accounts for this fraction by adding a day to February every four years, the reason we have leap years.) That means the calendar wandered a bit in relation to the seasons.”

So researchers trying to figure out the Mayan calendar end date end up using a calendar, both the Julian and Gregorian, which include leap years and the Mayan Haab solar calendar doesn’t???? Now that doesn’t make any sense to try to calculate the true end date!!!

And there is more to this….

There are 13 baktuns in the Mayan Calendar.

The Julian calendar solar year is 365.25

and then here is the big difference…. 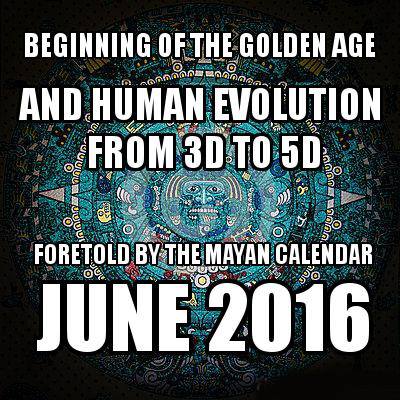