Prepare For Change
Home Disclosure From the Federal Reserve to a New US Republic via a Global... 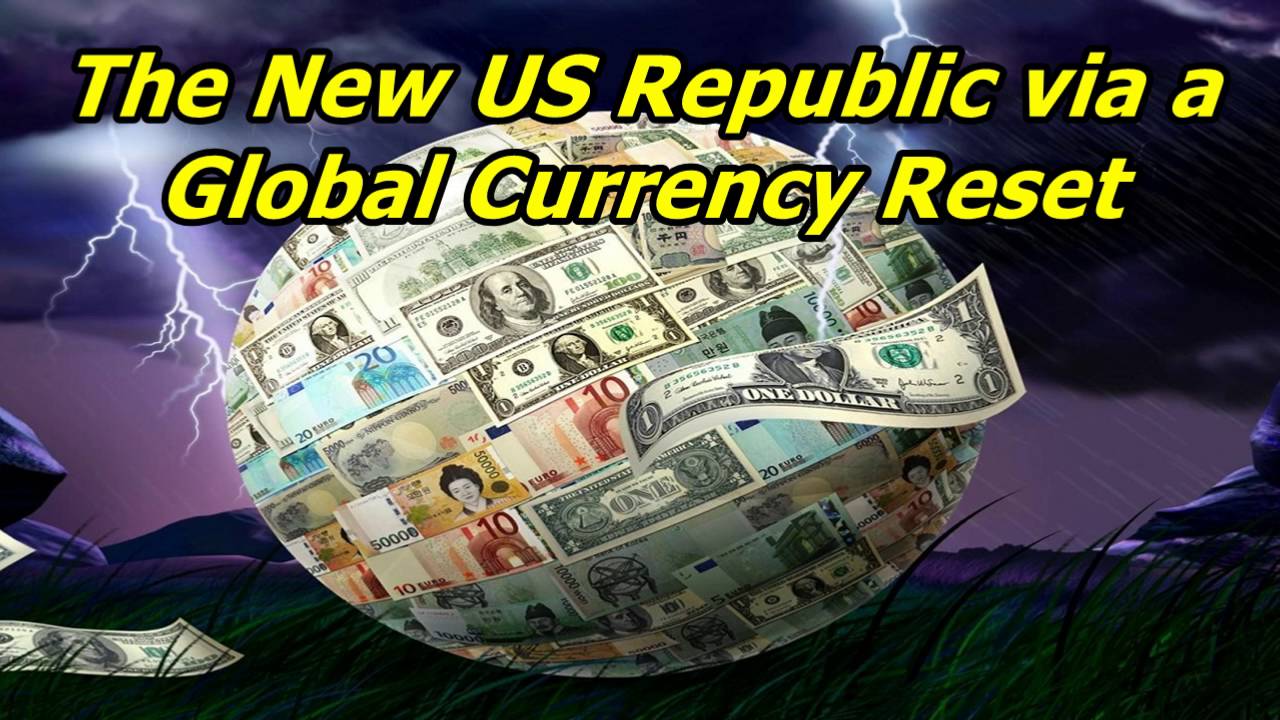 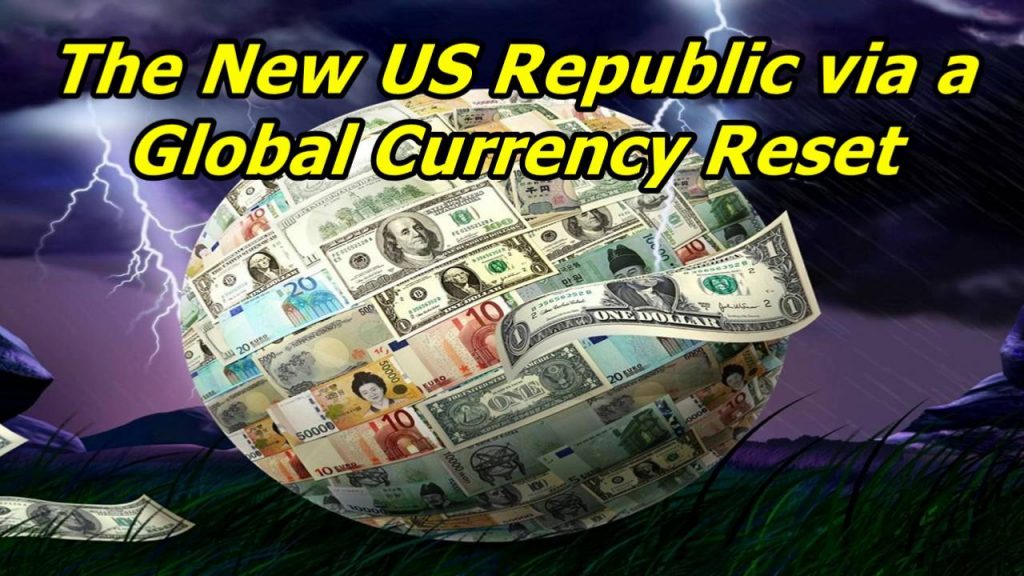 1. On June 17 2016 US Supreme Commander, Head of the Chiefs of Staff at the Pentagon and President of the new US Republic General Joseph Dunford addressed the United Nations peacekeeping summit to discuss transitioning the US military into a global force for peace. US forces would now replace corrupt and poorly trained UN peacekeeping troops who caused scandals involving rape, theft, etc. The full text of his speech can be seen here: http://usun.state.gov/remarks/7340 Remarks by Ambassador Samantha Power: usun.state.govhttps://geopolitics.co/vital-issues/ben-fulford/in-a-first-us-supreme- commander-general-joseph-dunford-addresses-the-un-as-head-of-republic/

2. By June 19 2016 the Global Currency Reset was said to be held back in order to ensure financial, political and military compliance for all sovereign nations in agreement with a master plan, the schedule of which was dependent on certain world events.

3. Part of the plan for the US began to roll out in September 2015 when President Obama and Vice President Biden were said to have taped duel resignations. It was claimed that at the World Court in the Hague they had been tried and convicted of Treason against the US.

4. Head of the Vatican Bank (which was known to launder drug, arms, child and human trafficking monies for the Cabal) Pope Francis was said to have requested the resignations, along with that of Senate Leader John Boehner’s, when he was in Washington that September.

5. That same September 2015 John Boehner stepped down and Paul Ryan took over as Speaker of the House.

6. It was said that before making his decision to accept the Speaker position, Ryan was allowed to witness Obama’s resignation speech that Sept. 2015. Evidently Ryan had guarantees from ancient Chinese Elders and the BRICS nations that the following year he would be the sitting interim US Republic President at a time which not so coincidentally would coincide with a massive financial fiscal hydration.

7. Obama and Biden’s resignation speeches said to be taped last September were to be released at the exact same moment of the public announcement release of the Global Currency Reset. These events were expected before June’s end 2016, or by the July 4 2016 Independence Day celebrations.

8. These planned events were timed toserve as a natural mass media cover events for the RV to quietly come and go.

9. The plan was said to be so that Paul Ryan would have a chance to impliment economic strategies that would ensure prudent handling of the new asset and gold-backed US monetary system including implementation of a new fair share flat tax.

10. On June 21 2016 it was reported that there was an Acting US Attorney General working under the new US Republic who has been moving Supreme Court cases to private jurisdiction. https://www.youtube.com/watch?v=kxLooTsjbvo

11. Evidently the US Supreme Court had quietly added 500 Re-entry Courts to review case law. Acting for the SCOTUS, a number of those cases had already overruled US Supreme Court decisions:https://www.youtube.com/watch?v=72RX_bArFSI

12. Although the Treasurer of US had always been part of the US Corporation in Peurto Rico, now that position was held by General Dunford out of Reno Nevada.

13. It was the intention of the new US Republic to implement most lines in the NESARA law passed by Congress years ago, but had been held up by corrupt politicians. Those lines concerned zeroing out credit card, mortgage and other bank debt, abolishing the US income tax system and creating a 14% flat tax on non-essential new items, plus returning courts and legal matters to Constitutional Law.

14. Evidently on Sunday June 19 2016 the Chinese approached other world leaders who had joined BRICS. All had agreed that the world nations would put an embargo against the US if Obama continued his threats to hold up the Global Currency Reset. https://www.youtube.com/watch?v=2goBwhh3EiA

15. In order for the Global Currency Reset to take place three things had to be in place: A. The Chinese Yuan had to become a part of the world reserve currency basket. That decision was made Oct. 2015.

B. The new USN/TRN’s had to be released. We are told those new currencies were printed and being stored in warehouses around the country. That news conference could come any day.

C. The cabal controllers, primarily the Rothschilds, had to come to a point of surrender or agreement to step aside. Based on reports, that was in the process of taking place.

16. The creation of a domestic US currency was coinciding with a planned reboot of the global financial system. As the Rothschild family contact said in mid-June 2015:“Each new district will have their own reserves, for their new currency. Each district will be part of a basket of Asian currencies that are backed with various commodities.”

17. A separate senior Rothschild source told a WDS member in Europe that their family would come through the current troubles intact “after making some adjustments” but that the Bush and Rockefeller factions were in much deeper trouble because of their association with the Illuminati and plans of the New World Order.

18. The Illuminati appeared to have admitted that their ISIS campaign failed, though remaining ISIS fighters were expected to struggle to the last.

19. A senior Chinese government source affiliated with the Shanghai faction said his understanding of the districts was that the current five permanent members of the UN security council; China, France, Russia, the UK and the US, would be replaced by representatives from seven regional groupings: Africa, Asia outside of China, China, India, Europe including Russia, the Muslim world, plus North and South America.

20. Pentagon sources confirmed the recent Paris Climate Change Accord which was ratified by France, the BRICS nations and “soon” the US, was a disguised gold and asset backed currency framework and global currency reset. In this new system the percentage of emissions would be seen as equal to the percentage of world GDP, so China would have 20% control of the global currency in this system, the sources said. This new system had a huge advantage over what had prevailed in that natural ecosystems would have value in and of themselves and be protected as never before. For example, a rain forest would have huge value as a carbon sink and cutting it down would be prohibitively expensive.

21. Years ago Paul Laine of Pentagon military intelligence reported a secret Nazi submarine base in Indonesia. A CIA source in Indonesia confirmed such a base existed in Nabire, Indonesia. The submarines were said to be transporting gold for use in the new financial system.

22. On Tues. June 21 2016 China launched it’s gold-back Yaun. China had already refused to accept the fiat US dollar for world trade, thus helping the fall of the Federal Reserve and setting the world gold benchmark that was expected to replace the London gold fix. Philip Tilton — China’s Yuan is Now Officially Gold-backed

24. Repeated attempts to pay off the US national debt using the $800 trillion, $27 trillion and $9.1 trillion of taxpayer monies illegally held by the Federal Reserve had been continually thwarted by the Cabal. A few million had been confiscated by the Clinton Foundation. At present most of these funds were in European bank accounts awaiting the Global Currency Reset.

25. See this trailer of a soon-to-be released documentary about corruption at the Federal Reserve, “Eagle One to Wanta”: http://eagleonetowanta.com/.

26. There was also a feature documentary film about the US monetary system and it’s relationship to the Cabal, CIA, 9-11 (which happened as an intial Global Currency Reset was to take place), Presidents Johnson and Bushes and the assassination of President Kennedy. Right before Kennedy was murdered, he had signed documents which would have closed the Federal Reserve: https://www.youtube.com/watch?v=U1Qt6a-vaNM