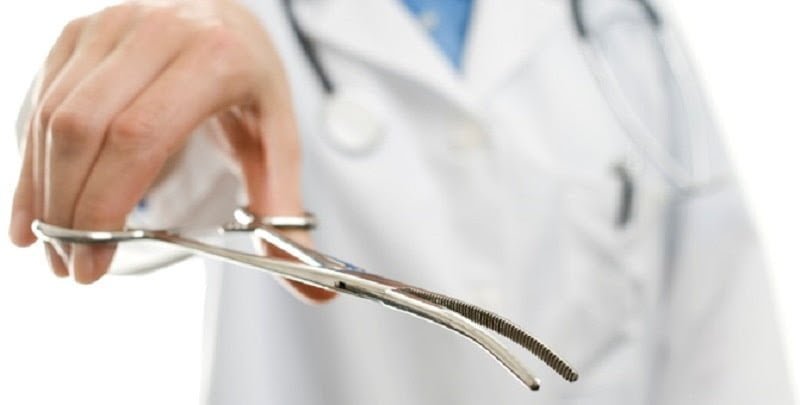 Former Planned Parenthood abortion facility director Abby Johnson has seen her share of abortion facility workers leave the abortion industry since she herself quit her job at the abortion business. In a new update, Johnson shares the story of an abortion practitionerwho recently called it a day — a story that could be the most exceptional she’s ever shared.

In the story, the former abortion practitioner — who appears to have returned to his Christian faith — shares the experience that shook him to the core and caused him to quit:

“People have asked me why I became a doctor who performed abortions. If I’m honest, the original draw was the money. I didn’t have to take call. I didn’t have to work any emergencies. There were no overnights. I walked into the clinic, worked a few hours and walked out with a paycheck for several thousand dollars.

Over time, I convinced myself that I was part of a noble mission to help women in their time of need. After all, if it wasn’t for me, these women would be self-aborting and that’s what we were trying to prevent.

I never talked about what I did when asked by my colleagues or even family members. They knew I was a doctor and that was really all I disclosed. If I was really helping women, I couldn’t figure out why I was ashamed of my work. I felt like I should be proud if I was living the narrative I had worked out in my mind. Yet, the shame was there.

No one in my family dared breach the subject of my employment. All of my immediate family knew, of course. But there were differences in opinion, so everyone stayed silent. Well, almost everyone. One of my close family members started inviting me to church. I went because I was proud of them and of the role they had taken on in ministry. I had grown up in church, but had fallen away from my faith in college. I didn’t know what to expect, but surprisingly enjoyed the service. So when they asked me to come again, I agreed. And again. And again.

One Sunday after church, this particular family member took me to lunch and confronted me about my work. I could tell it made them very uncomfortable, but I really admired their courage. And to be perfectly honest, I felt challenged. I realized during our talk that I had brought shame and embarrassment to my family. I had taken this job because the money enticed me. I wanted to be able to provide for my family with “things.” What I realized is that there were no amount of “things” I could buy that would make up for the shame I had caused them.

So then what? I was in a contract with my current employer and I didn’t think there was any way I could give up my job. I figured I would just keep doing what I was doing until my contract ran out.

Life changed for me during a 16-17 week abortion. I was performing a D&E procedure and had already pulled off both legs of this small human being. Every once in a while, you begin to pull out the fetus and the majority of the body will come out intact. I began to pull on the torso and the rest of the body came out whole. The arms, head, and torso were all still attached. I was moving the body to the tray for disposal and a slight movement caught my eye. I looked at this tiny chest and saw it moving up and down. Life was outside that woman’s womb, even just for a few seconds.

And there I was. I was holding this tiny body. An overwhelming remorse flooded my body. I had violently removed this child’s legs while she was still alive. I did that. She felt it. I was the last person to hold her alive, yet I was the person who ended her life. In that moment, I was thankful that she didn’t have the ability to open her eyes. I wouldn’t have wanted my face to be the first one she would have seen. Now I have hope that the first face she saw was the face of Jesus.

Then I talked to Abby at And Then There Were None and I knew there was hope. There was more than hope. I knew this change in my life would soon be a reality.

I have since left my job and am soon starting a new position at a facility that upholds the sacredness of human life. I have a long way to go. I still have a lot of things to work through, a lot of beliefs that are being challenged. I have a lifetime of healing to do, but knowing that I’m not doing it alone, that I have the support of Abby and her ministry is helping me put one foot in front of the other.

Thank you to everyone who supports this organization. I ask for your prayers during this time and thank you for helping me and people in similar situations find healing and hope.”