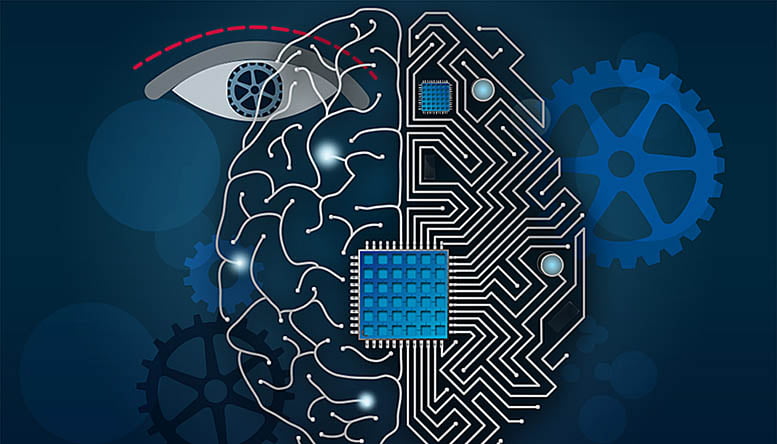 Neural Dust – “Smart Dust” – has entered the mainstream via the Independent’s article: “Tiny implant could connect humans and machines like never before.”  It is implied to be a new technology that can wirelessly link a human brain to a computer via the implantation of a device the size of a grain of sand. The article below was published by me at Activist Post in 2013 and draws upon research from many years previous. This invention is clearly nothing new; but when the mainstream media begins highlighting something that is literally wireless mind control, it’s worth taking note. It is also worth noting that, as more people learn about science fiction becoming science reality, they are becoming increasingly hesitant about the lack of ethical boundaries for what is emerging.


Some people might have heard about Smart Dust; nanoparticles that can be employed as sensor networks for a range of security and environmental applications. Now, however, literal Smart Dust for the brain is being proposed as the next step toward establishing a brain-computer interface.

The system is officially called “neural dust” and works to “monitor the brain from the inside.” Inventors are attempting to overcome the hurdle of how to best implant sensors that can remain over the course of one’s life. Researchers at Berkeley Engineering believe they have found a novel way to achieve this:

A network of tiny implantable sensors could function like an MRI inside the brain, recording data on nearby neurons and transmitting it back out. The smart dust particles would all contain an extremely small CMOS sensor capable of measuring electrical activity in nearby neurons. The researchers envision a piezoelectric material backing the CMOS capable of generating electrical signals from ultrasound waves. The process would also work in reverse, allowing the dust to beam data back via high-frequency sound waves. The neural dust would also be coated with polymer. (Source)

The investment in neuroscience has received a $100 million dollar commitment via Obama’s BRAIN project, while Europe has committed $1.3 billion to build a supercomputer replica of the brain in a similarly comprehensive and detailed fashion as the Human Genome Project mapped DNA.

Concurrently, there is massive long-term investment in nanotech applications via the 60-page National Nanotechnology Initiative 2011 Strategic Plan (now updated to 88 pages in 2014 – Ed.) This document lays out a projected future “to understand and control matter” for the management of every facet of human life within the surveillance matrix of environment, health and safety. Twenty-five U.S. Federal agencies are participating.

The concept of Smart Dust has been applied and/or proposed for use in the following ways, just to name a few:

However, this is the first time that there is a working plan to apply Smart Dust to the human brain. Researchers claim it will be some time before (if ever) this is workable. One aspect that is interesting to note, is that once these particles are sent into the brain, it will be ultrasound that activates the system for full monitoring. This is an area of research that also has been looked at by DARPA as one of the future methods of mind control.

Their idea is to sprinkle electronic sensors the size of dust particles into the cortex and to interrogate them remotely using ultrasound. The ultrasound also powers this so-called neural dust.

The neural dust is interrogated by another component placed beneath the scale but powered from outside the body. This generates the ultrasound that powers the neural dust and sensors that listen out for their response, rather like an RFID system.

The system is also tetherless–the data is collected and stored outside the body for later analysis. (source, MIT)

Read “tetherless” as “wireless” — or remote controlled analysis of the human brain, thus opening the door (theoretically) for remote mind control. As I’ve highlighted before, this is a two-way street — some people might feel content, for example, with sending their brain’s information out to a doctor for evaluation, but this sensor network could also transmit data back, as is admitted here:

That’s why Seo and co have chosen ultrasound to send and receive data. They calculate that the power required to use electromagnetic waves on the scale would generate a damaging amount of heat because of the amount of energy the body absorbs and the troubling signal-to-noise ratios at this scale.

By contrast, ultrasound is a much more efficient and should allow the transmission of at least 10 million times more power than electromagnetic waves at the same scale. (emphasis added).

In case anyone believes that this has little chance of success, MIT highlights that one of the authors of the research has already achieved this with a remote controlled beetle.

The human brain is clearly of vast, perhaps infinite, complexity — and this is without even introducing concepts such as “the mind” or “the soul.” Nevertheless, it is clear that the reductionists are doing their very best to “Solve the Brain” — measuring it, mapping it, and making sense of it. (source)

Are we to believe that “controlling it” has been left off the list for mere ethical reasons? Not likely.

This Article was First published On: http://www.activistpost.com/