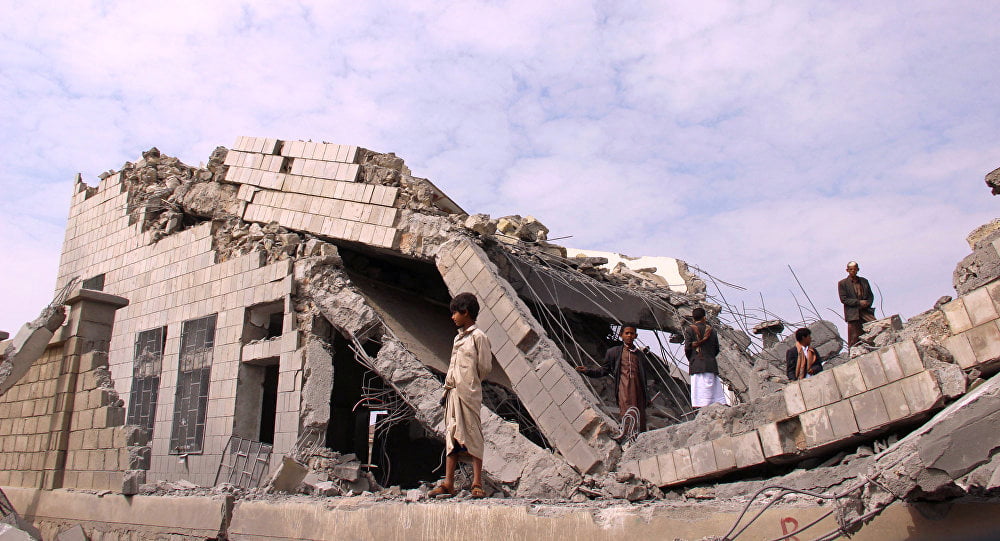 Editors Note: The Presidential race in the US features the former Secretary of  State pretending to have moral authority due to political correctness, having the gall to call those who prefer facts to pandering lies, “deplorables”.  But we must ask, what moral authority supports mass murder and war crimes in foreign countries? All of these are on Hillary.

Saudi Arabia has been bombing Yemen since 2015. The war has already left 10,000 people dead and over a million malnourished children, according to the UN. The UK is one of the major weapon providers for the Saudis. It approved over £3 billion in arms sales to reinstate former Yemeni president Abd Rabbuh Mansur Hadi, a Saudi ally.

But American Senator Chris Murphy (D-CT) states, “There’s an American imprint on every civilian life lost in Yemen,” according to CNN. Under the administration of President Barack Obama the US has sold more weapons to Saudi Arabia than any other administration. America also assisted the Saudi-led coalition in Yemen by intelligence and refueling planes during airstrikes. “If you talk Yemenis, they will tell you, this is not perceived to be a Saudi bombing campaign. This is perceived to be a U.S. bombing campaign,” Murphy said.

The European Union attempted to launch an independent international inquiry into Saudi Arabia’s aggression in Yemen and gather support for its proposal. However, the UK opposition undermined those efforts and forced the UN Human Rights Council (UNHRC) to replace the proposal with a much weaker one “to monitor and report on the situation.”

The US takes the same approach to Israel’s war crimes against Palestinians. It is a major arms provider to Israel. Last year, at the 29th regular session of the UNHRC, the US was the only country in the world to oppose a resolution calling for Israel to be held accountable for war crimes.

“This is unfortunately typical of a number of Western nations when it comes to the investigations of war crimes,” Zunes said in an interview with Press TV on Sunday. “Despite all the pontificating about human rights by these major powers, it is more of a political issue for them,” he said.

“They will highlight and sometimes even exaggerate crimes against humanity and other human rights abuses by countries they perceive as enemy but deny, minimize and cover up for such crimes by governments they consider to be allies,” Zunes explained.

“It is important to have a single measurement for international humanitarian law. The very nature of law is that it should apply to everyone equally, regardless of a government’s ideology or foreign relations,” the scholar concluded.