Prepare For Change
Home Awakening In An Oligarchy, Voting Is A Tool To Manufacture The Illusion Of... 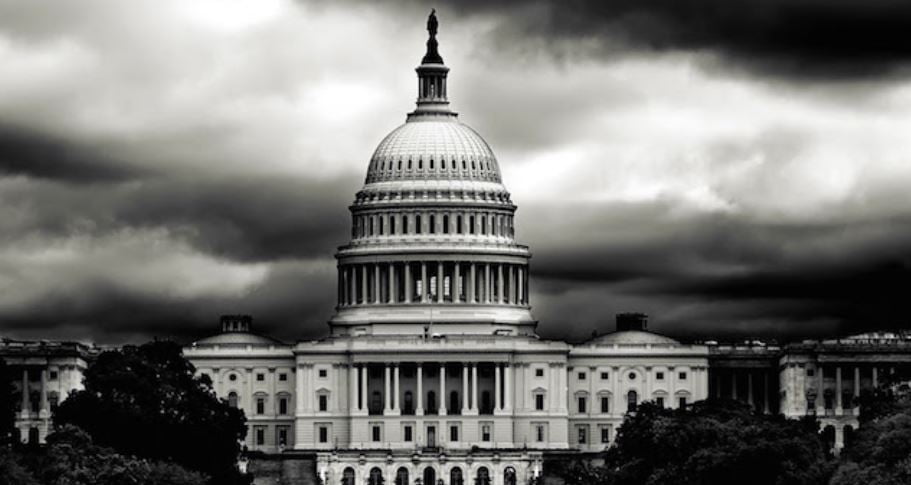 If there’s one thing we’ve learned so far from election 2016 it’s that the American people do not understand their government.

The perception is that we have a democracy, and that in this democracy we the people have vested power in our government which we exercise through the act of voting. ‘Throw the bastards out,’ has long since been the war cry of the impotent democrat, yet we no longer even have a democracy to cling to, and although most people choose to ignore it, this fact of life has been visible for decades.

An oligarchical government is a form of rule in which a small group of wealthy individuals have control over the critical mechanisms of state power, industry and economy. These people are unelected, unaccountable and they exercise control on behalf of their personal financial interests, drawing on the productive power of a nation to support their lifestyles and geopolitical ambitions. The ruling class in such a nation is often comprised of dynastic families who pass the baton of power back and forth between themselves, managing the illusion of change and evolution while never actually ceding their franchise over the masses.

In 2014, a Princeton study in the academic journal Perspectives on Politics published their conclusion that America had officially transitioned to an oligarchy. Former U.S. President Jimmy Carter has even recently made comments to this effect, telling Oprah Winfrey and her audience that ‘now it’s just an oligarchy.’ These two warnings follow decades of comments and public admissions by former presidents and key political figures warning us that our country was being taken over by shadowy financial interests.

Inarguably, there is an invisible government running America, yet we are still urged to cast our vote for president every four years. Why do they allow us to participate in this charade if they know our vote doesn’t make any difference?

Voting as a Tool to Create the Illusion of Consent

Even many true dictatorships hold political elections as tools to manufacture the illusion of consent for their party. Stalin is perhaps the most astounding example of this, for, during his rule, while the people of the nation were being brutalized by The Red Terror, election results came in showing over 99% support for the Communist Party.

Saddam Hussein also used this tactic to great effect in a 1995 in a referendum aimed at creating the illusion of public support for his reign, with 99.9% of the population voting in favor.

China’s Mao, arguably the greatest murderer of all time, also forced his subjects into the ballot booth, using the results as propaganda to support his totalitarianism.

America is not yet a dictatorship, it is but an oligarchy with big dreams of becoming one. As such, we are still transitioning out of the ideology of personal liberty and self-rule, and are still dependent on the ritual of voting as acknowledgment of this heritage, even though selecting a president does nothing to favorably influence the direction of the nation.

The oligarchy still needs us to believe that we are free so that we won’t get serious about revolution, and voting is the best tool for maintaining this illusion. It serves the dual purposes of providing an outlet for our righteous indignation, pacifying our anger and sapping our political drive, and of acting as a survey to determine which policies will meet the least amount of popular resistance.

When we show up on election day, knowing full well the candidates we’ve been presented with do not represent our ambitions for this nation, we are tacitly expressing our willingness to being governed in this manner. We are contributing to the perception that our rulers have our permission to carry on, and by doing such we are acquiescing ever further to their dominion over us.

READ: 11 Tactics Used by the Mainstream Media to Manufacture Consent for the Oligarchy

If you’re one of the few Americans who hasn’t already committed yourself, heart and soul, to one of the two majorly phony political parties dominating the U.S., and are still trying to decide which taste of bitters you’ll go for on election day, consider this: there is no Constitutional requirement that you vote.

There is not yet a law in America that obliges you to consent to the corruption, lies, criminality, war-mongering, fear, hate, stupidity, tyranny, surveillance and self-destruction being championed by today’s candidates. You are still free to opt-out and explore the moral highroad of conscientious objection, should your value system be so utterly insulted by the fake election process taking place before us.

The American people are being guilted, bullied, pressured, cajoled, intimidated, terrorized and browbeaten into voting. We’re constantly told to vote because it’s your so-called civic duty, because you have no right to complain about the government unless you vote, because every vote counts, because we must present a unified front, because the future of the nation depends on it, because God compels us to do so, because by not voting you are in fact voting, because the “other” candidate must be defeated at all costs, or because the future of the Supreme Court rests in the balance.

You are under no moral obligation to vote for the lesser of two evils. Indeed, voting for a lesser evil is still voting for evil. ~John W. Whitehead

Dylan Charles is a student and teacher of Shaolin Kung Fu, Tai Chi and Qi Gong, a practitioner of Yoga and Taoist arts, and an activist and idealist passionately engaged in the struggle for a more sustainable and just world for future generations. He is the editor of WakingTimes.com, the proprietor of OffgridOutpost.com, a grateful father and a man who seeks to enlighten others with the power of inspiring information and action. He may be contacted at [email protected]

This article (In an Oligarchy, Voting is a Tool to Manufacture the Illusion of Consent) was originally created and published by Waking Times and is published here under a Creative Commons license with attribution to Dylan Charles and WakingTimes.com. It may be re-posted freely with proper attribution, author bio, and this copyright statement.