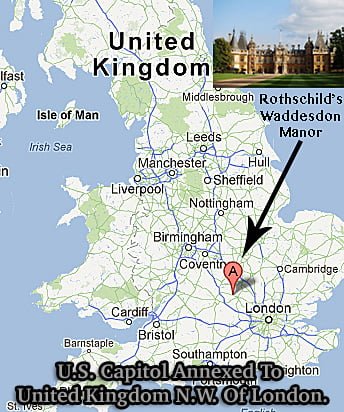 To strengthen and maintain their power, these money bosses need ‘their own’ story.

And that is why they are rewriting history – not just in textbooks and Hollywood films, but on banknotes too. Over the past century, America’s history has been well ‘edited’ on the country’s banknotes and their design has been changed more than once.

It seems that the money bosses have no intention of stopping this practice. In April 2016, America’s then treasury secretary, Jacob Lew, announced that the country’s $5, $10 and $20 bills would have a new design by 2020. Lew made it seem as if the Treasury Department’s plans to redesign the banknotes were ‘the voice of the people’ rather than a whim of the authorities.

According to the US Treasury Department, groups of activists on social networking sites had started calling for the country’s banknotes to feature prominent American women and well-known figures from ethnic minorities. The list of suggestions included First Lady Eleanor Roosevelt; Rosa Parks, who began the black civil rights movement; Wilma Mankiller, the first female chief of the Cherokee Nation; the Afro-American activist Harriet Tubman; and many others.

The Treasury Department said nothing about how the suggestions were gathered and selected, however, or about the Women on 20s campaign group, which came from nowhere.

The Treasury Department’s plans to replace seventh US President Andrew Jackson with the little-known activist Harriet Tubman came as a real shock to many Americans. Many on social media said that the new banknote would be the «ugliest» in US history. Donald Trump, who at that point was still a presidential candidate, also responded in defence of the seventh president of the United States. 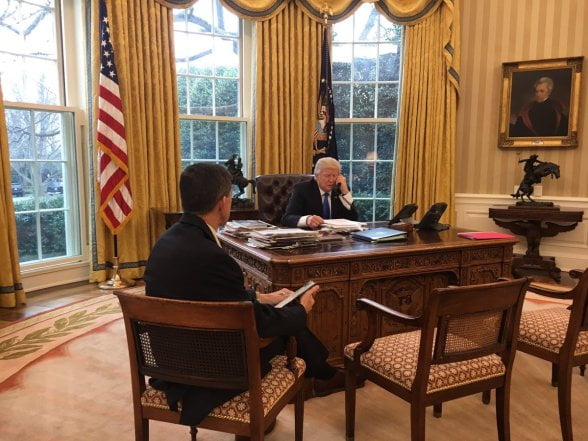 «Andrew Jackson has a great history, and it seems rough to take someone off the bill,» said Trump during an interview with NBC in April 2016.

When Trump moved into the White House on 20 January 2017, he immediately hung a portrait of Andrew Jackson in the Oval Office. The current US president has made no secret of the fact that the seventh US president is both his role model and his idol. Trump’s chief strategist, Stephen Bannon, has repeatedly compared Trump to Jackson. 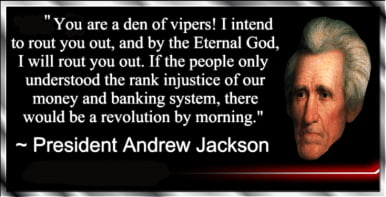 After the new president’s inauguration, for example, Bannon said: «I don’t think we’ve had a speech like that since Andrew Jackson came to the White House». Commenting on the unprecedentedly savage response of many media outlets, NGOs and business groups to his arrival in the White House, meanwhile, Trump himself noted that «there hasn’t been anything like this [in America] since Andrew Jackson».

For those currently trying to obstruct Donald Trump, he and Andrew Jackson are equally objectionable. In fact, everything possible is being done so that the average American does not even know who President Jackson is. They are willing to put anybody’s portrait on the $20 bill as long as it erases the memory of the seventh US president from Americans’ minds.

Andrew Jackson (1767-1845), elected from the Democratic Party (he is regarded as one of its founders), was US president from 1829 to 1837. He might have become president even earlier: in the 1824 elections, he won the majority of votes from both the electors and the electoral colleges, but he did not receive an electoral majority. The president was therefore chosen by the House of Representatives, which chose John Quincy Adams rather than Jackson. 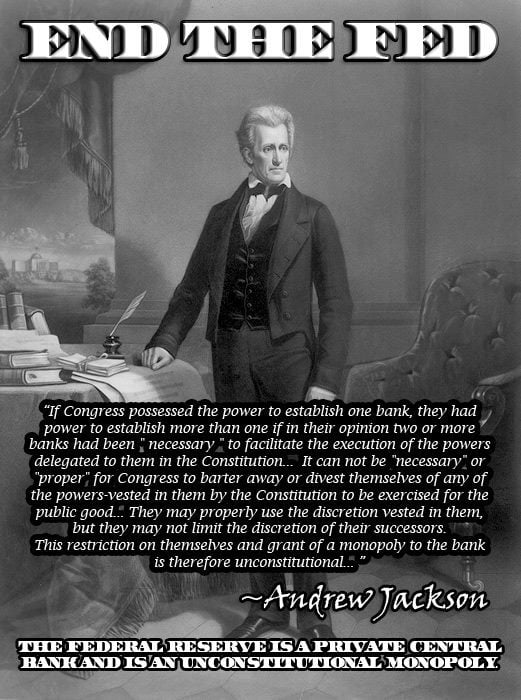 In the 1828 elections, Jackson’s campaign agenda, aimed at liberating America from the stranglehold of bankers, was crystal clear.

At this time, the Second Bank of the United States, which was essentially a central bank, was in operation in America. It was a project of European bankers, primarily the Rothschilds.

The bank managed to obtain a 20-year charter from the US Congress in 1816 and began lending money to the US government, leading to a rapid rise in government debt. Jackson’s slogan in the 1828 elections was: «No bank and Jackson – or bank and no Jackson».

Jackson openly declared war on the banks and won. He became US president and started a campaign to revoke the charter of the Second Bank of the United States. In 1831, Nicholas Biddle, the bank’s president, sent a bill to Congress to extend the bank’s charter. The bill was passed by both houses of Congress, but Andrew Jackson vetoed the bill, which Congress was unable to override. 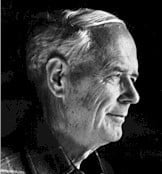 Congressman Charles August Lindbergh, 1st., father of the historic aviator, said on the floor of the Congress:

“This Act establishes the most gigantic trust on Earth … When the President signs this Act, the invisible government by the Money Power, proven to exist by the Money Trust investigation, will be legalized … This is the Aldrich Bill in disguise … The new law will create inflation whenever the Trusts want inflation … From now on, depressions will be scientifically created … The worst legislative crime of the ages is perpetrated by this banking and currency bill.”

Charles A, Lindbergh (R-MN) & Louis T. McFadden objected.
“We have in this country one of the most corrupt institutions the world has ever known. I refer to the Federal Reserve Board… This evil institution has impoverished… the people of the United States… and has practically bankrupted our Government. It has done this through… the corrupt practice of the moneyed vultures who control it.”

«It is not our own citizens only who are to receive the bounty of our Government. More than eight millions of the stock of this bank are held by foreigners […]

Is there no danger to our liberty and independence in a bank that in its nature has so little to bind it to our country? […] Controlling our currency, receiving our public moneys, and holding thousands of our citizens in dependence, it would be more formidable and dangerous than the naval and military power of the enemy».

By 1833, the volume of banknotes and deposits issued by the Second Bank had risen to $42.1 million, a huge sum at that time, and Andrew Jackson tore down the whole structure. In 1833, he moved government funds from the Second Bank to a number of commercial US banks. Even more surprisingly, by the end of his presidency, Andrew Jackson had managed to completely eliminate the national debt. This seems inconceivable at a time when the level of US national debt is set to reach the $20 trillion mark any day now.

There were a number of assassination attempts on Jackson and he was even shot at, but he died of natural causes. Before his death, he was asked what he regarded as his greatest achievement. Without hesitation, Andrew Jackson replied: «I killed the bank».

I am sure that Donald Trump has a good understanding of all the nuances of Andrew Jackson’s presidency and knows that the [Foreign Owned] US Federal Reserve System is essentially the same as a central bank.

After Jackson, America survived for eighty years without a central bank. The [Foreign Owned] Federal Reserve System was not [accidentally] created by the US Congress until the end of 1913, but more than one hundred years have passed since then. 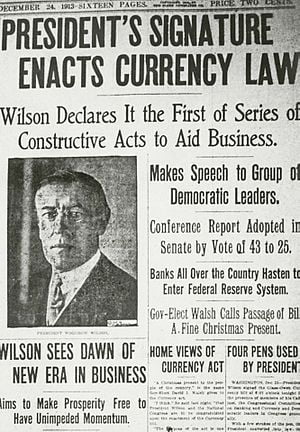 The money bosses have been in control of America for a long time. They hate Andrew Jackson, while Donald Trump is openly admiring of him. I think he knows he will not be able to repeat Andrew Jackson’s feat of eliminating the central bank, the balance of power is too unequal [only in the corporate media], but he does intend to fight back.

[The 1913 Foreign Owned Federal Reserve Is Currently Destroying Itself, While President Trump Fights Back.

So Yes, He Will Be Able To Repeat President Jackson’s Feat ~ Volubrjotr] 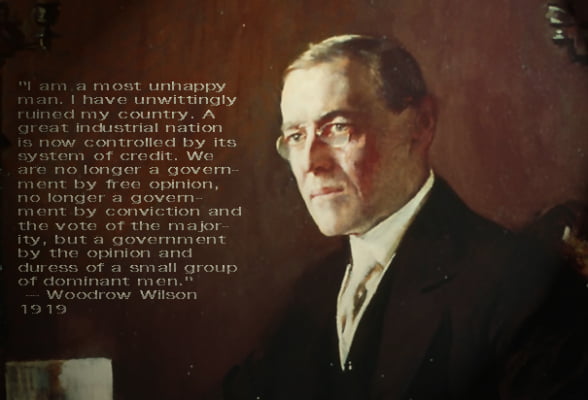 In particular, he is going to try and reduce the national debt. Reducing the national debt to zero (as Andrew Jackson did) is a utopian dream, but Trump has repeatedly talked about slowing its growth or even carrying out a partial restructuring. 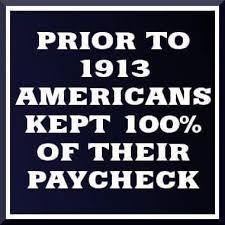 This will also be difficult for him to achieve, however, since the money bosses need the Fed’s printing press to be in demand. And it is the US Treasury Department that is ensuring this demand by selling its debt securities for dollars. 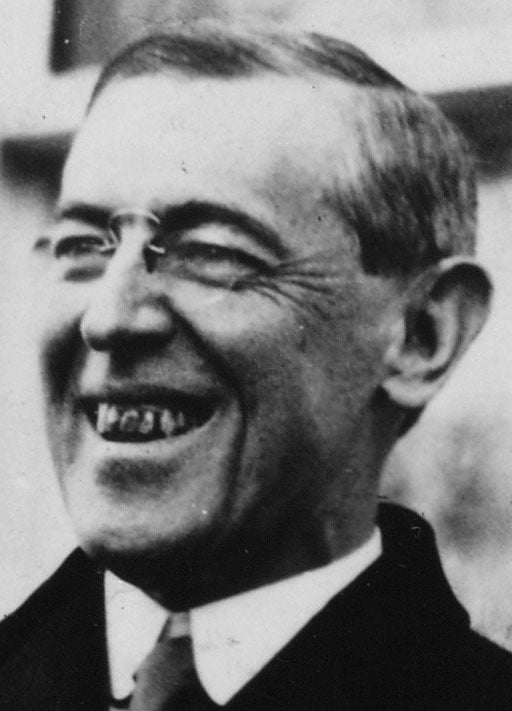 [Maybe We Should Put Woodrow Wilson On The $20?]

Maybe, at the very least, Trump will manage to keep Andrew Jackson’s portrait on the $20 bill? We’ll see. 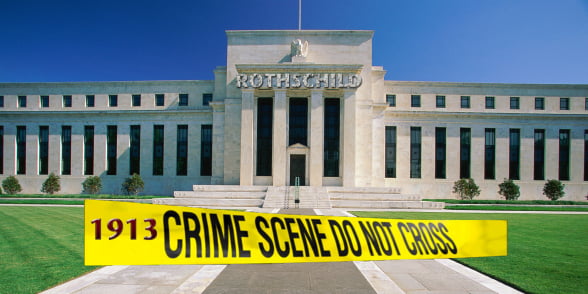