Clearing of the Chimera group continues. The Light forces are intensively clearing the head of the Yaldabaoth entity with all plasma anomaly and plasma toplet bombs and all plasma scalar technologies of the Veil. Realizing that they are going to lose, the Chimera have stepped up the plasma attacks on the key Lightworkers and Lightwarriors that are beyond brutal.

On Wednesday, the Light forces of the Galactic Confederation and the Ashtar Command have begun full force active removal of all plasma negativity near the surface of the planet. Every direct intervention of the Confederation forces inside the quarantine Earth provokes retaliation by the Chimera and they started first by trying to provoke nuclear exchange between USA and North Korea:

Although there was limited nuclear exchange on Wednesday in one of the underground bases, vaporizing a certain number of Dracos working for the Chimera, the Light forces do NOT allow nuclear exchange beyond the scope of mini nukes on the surface of the planet.

Realizing that they will not be allowed to go nuclear, the Chimera have resorted to trying to trigger a global war with conventional weapons.

Through the Archon and Jesuit network, they have pressured Trump to attack Syria:

Trump did this without approval from the Congress, which is a clear violation of the Constitution:

This military action helps the Archons in their attempt to retake Palmyra, a crucially important vortex point within the Syria pentagram: 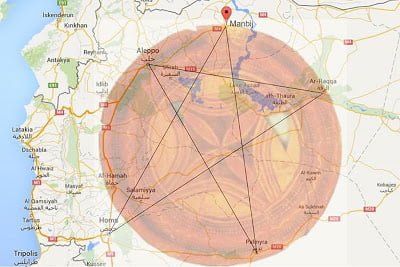 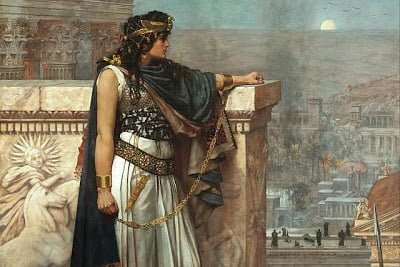 The plan of the dark forces is to involve Turkey and Israel in the conflict, and expand it throughout the Middle East:

They are hoping of provoking Putin, but he is in contact with brilliant Pleiadian military strategists and most likely he will play it wisely, using diplomacy, international public opinion and military support to Syrian army rather that direct confrontation with the United States.

The international public is becoming more and more aware that the chemical gas attack in Idlib, which Trump used as a pretext to attack Syria, was a false flag:

Now Trump worshipers are finally beginning to sober up:

The Light forces will do whatever they can to limit the escalation of this military conflict as much as possible. Dragon sources have reconfirmed that this will be a short, intense but limited escalation. The Resistance is expecting the situation reaching its peak next Tuesday.

P.S: Just as I wanted to post this update and the next update which will be even more important, blogger went down for a few hours worldwide, delaying my post: