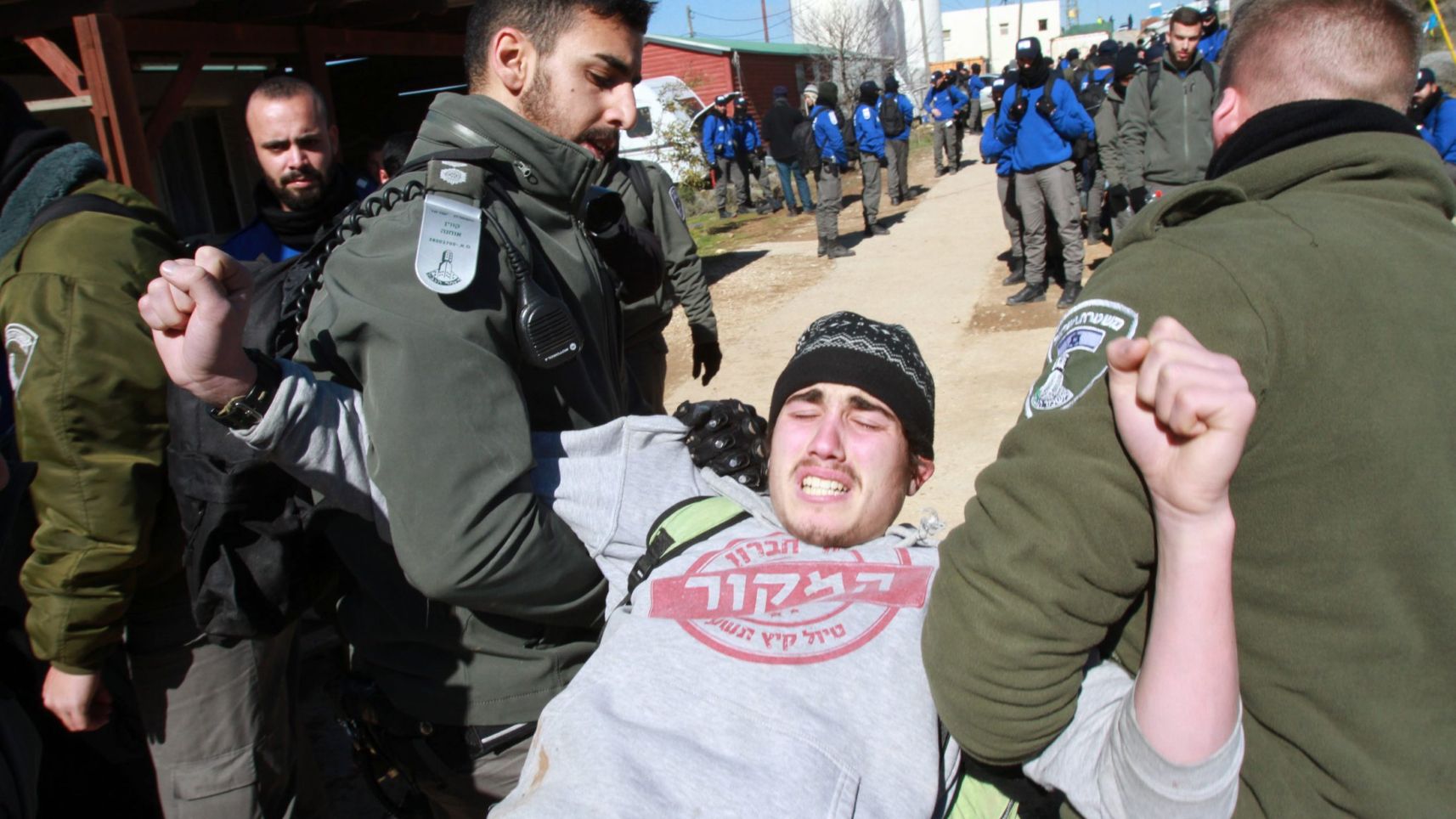 Israel is now a zero-sum game, in which the annexers face off against the democrats seeking an end to the occupation. Only one will survive. 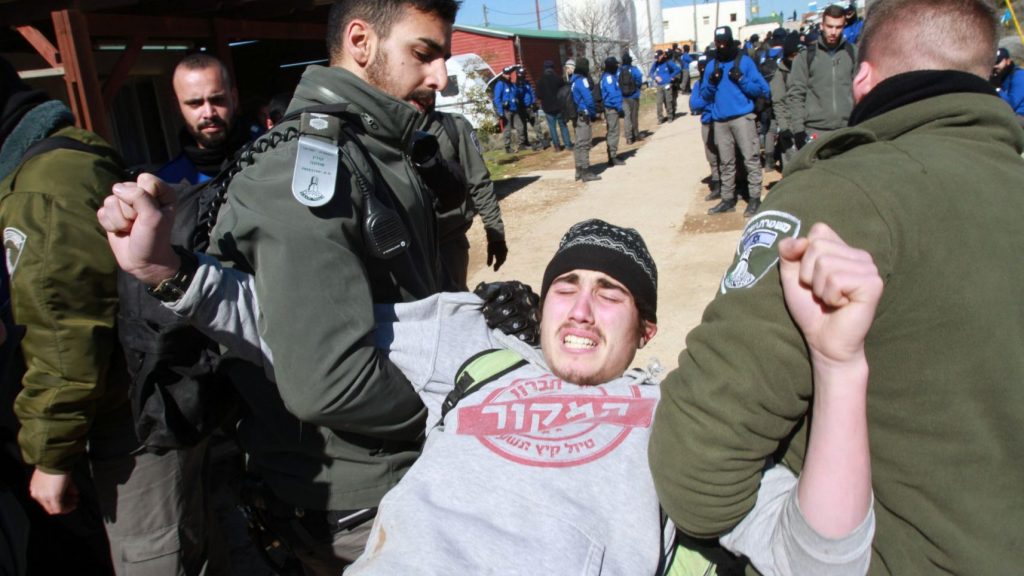 On Israel’s 69th Independence Day, the public is divided into two camps with no common ground. The annexation advocates want to perpetuate the occupation, annex the territories, deny the Palestinians who live there equal civil rights and strengthen the country’s Jewish character at the expense of its democratic character. Their vision is apartheid, fascism and God. The democrats seek an immediate end to the occupation.
Ideologically, it is impossible to reconcile the two camps. Only one can triumph. Israel is now a zero-sum game. There is no point trying to prettify or obscure the situation. Since the annexation champions wield greater political power, Israel is steadily heading toward becoming a binational state in which the Palestinians in the territories live under an apartheid regime, and the Jews who wish to grant them full equal rights are persecuted, silenced and marked as traitors.
On its 69th Independence Day, Israel is on a path to inevitable civil war. When a society is so riven between two conflicting ideas, the moment will come when the rival camps’ loyalty to their guiding ideas exceeds their loyalty to the state, whose reason for being is crumbling.
Today, the annexers and democrats are only making each other miserable. They can’t get along. If only they could separate. “Go to Berlin!,” shout the annexers to the democrats. A minority does go, some return, the majority remain.
The civil war between the Jewish state and the state of all its citizens is an iceberg that will scupper Israeli society. Ultimately, in the Israel Defense Forces as well, the annexers and democrats will not be able to coexist, to wear the same uniforms and salute the same symbols. It’s already clear that Sgt. Elor Azaria (convicted of manslaughter for shooting a wounded Palestinian assailant in Hebron last year) and IDF Chief of Staff Lt. Gen. Gadi Eisenkot don’t serve in the same army.
One day, the Palestinians who are subject to an apartheid regime in the annexed territories will revolt. And the Jewish democrats will revolt with them – in the name of democratic ideas that are more important than obeisance to immoral laws in a country that has turned its back on democracy.

Israeli security forces remove a protester from the synagogue at the illegal outpost of Amona in the Wet Bank, February 2017. 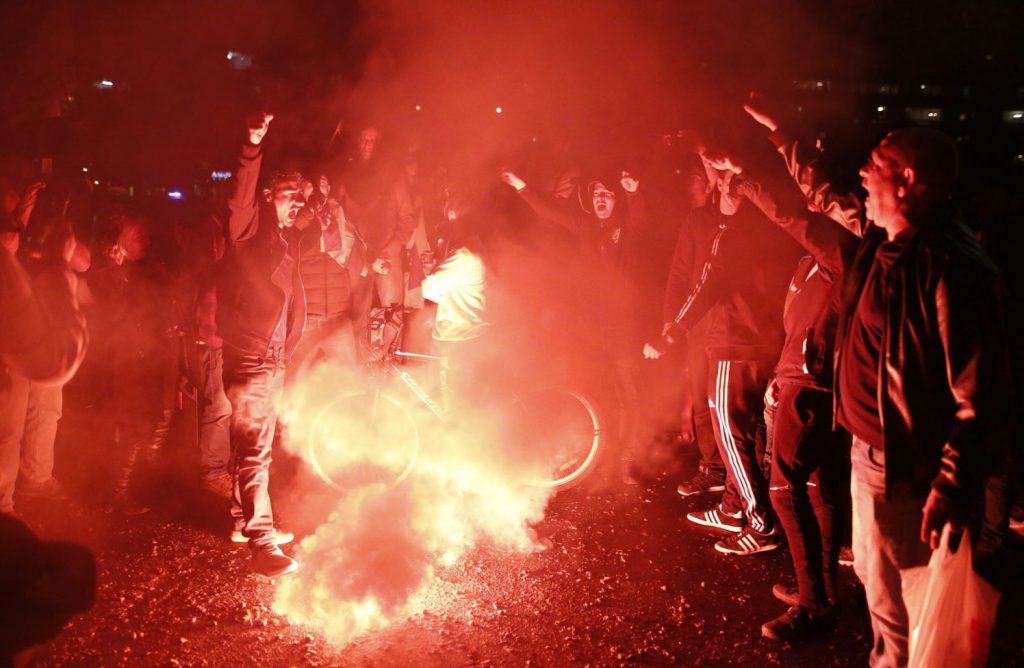 Right-wing protesters in Tel Aviv rallying in support of Sgt. Elor Azaria, March 2016. It is already clear that the convicted Azaria is in a different army to IDF Chief of Staff Lt. Gen. Gadi Eisenkot.

This is the civil war that awaits Israelis in the bleak future, and it is inevitable because the revolt is unavoidable. Revolt by those trampled under the boot of occupation is always inevitable.
In South Africa, the Afrikaners’ survival instincts made them grant full rights to the blacks just before civil war erupted. Maybe the same will happen here, too. One can hope. Maybe the weak, indifferent Israeli majority will wake up when it finds its head under the guillotine blade.
But this moment may have already passed – because the masses blindly following the annexation champions quickly dismissed the deathbed warnings of the late Mossad head Meir Dagan as the gibberish of a child who’d fallen under the spell of treacherous leftism.
This is not a happy Independence Day. The question is no longer whether our children will have to serve in the army when they grow up, but which one they will have to serve in after the civil war erupts: the one defending annexation and occupation and apartheid; or the one fighting for equal rights for all residents and citizens of Israel. The army of the Jewish state or the army of the state of all its citizens.
And if this scenario sounds like a provocation that is detached from reality, you need to understand you are living in denial and your reality barometer is faulty. Israel is pursuing annexation, and annexation cannot end otherwise. The Palestinians will not accept Jordanian citizenship. The democrats will not decamp to Berlin. And the annexers won’t stop annexing, silencing criticism, weakening the Supreme Court and strengthening religion. A sad holiday.
Rogel Alpher
Haaretz Columnist
Source: http://www.haaretz.com/opinion/.premium-1.786554