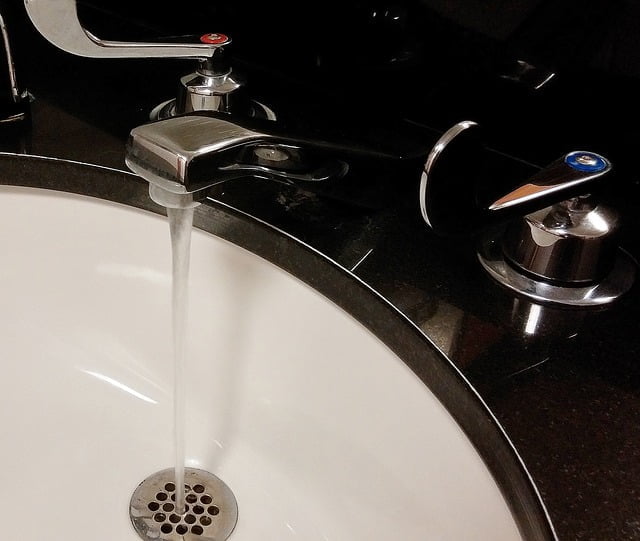 After reading this article, you will never look at tap water the same way again.  Most Americans have generally assumed that the water coming out of our taps is perfectly safe, but the Flint water crisis and other similar incidents are starting to help people to understand that there are some very dangerous substances in our water.  In particular, I am talking about things like arsenic, lead, atrazine, perchlorate and a whole host of pharmaceutical drugs.  According to an absolutely stunning NRDC report, close to 77 million Americans received their water from systems “that violated federal protections” in 2015.  And even if you get your water from a system that meets federal standards, that still does not mean that it is safe.

Let’s start by talking about arsenic.  Earlier today I came across an article that talked about how levels of arsenic in the water at some schools in the San Joaquin Valley “exceed the maximum federal safety levels by as much as three times”…

Reef-Sunset Unified School District Superintendent David East is worried about water. Not because of the drought—record rains this past winter ended five years of dry times. Rather, East, whose district encompasses the small towns of Avenal and Kettleman City on the San Joaquin Valley’s west side, is worried about the safety of the water that the 2,700 students in his school district are being given to drink.

That’s because arsenic levels in the drinking water at some schools in the San Joaquin Valley exceed the maximum federal safety levels by as much as three times. And arsenic is not the only threat to schoolchildren. High levels of pesticides, nitrate, bacteria, and naturally occurring uranium also contaminate groundwater in many rural parts of the state.

The International Agency for Research on Cancer says that arsenic is a “group 1 carcinogen”, and if you get too much of it in your system it can kill you.  Sadly, the EPA has estimated that 36 million Americans are drinking tap water that contains dangerous levels of arsenic.

In addition to arsenic, a very nasty pesticide known as “atrazine” is often found in tap water supplies.  The following information about atrazine comes from the NRDC…

This endocrine-disrupting chemical is one of the most commonly detected pesticides in U.S. waters. NRDC studies have found its contamination is most common in drinking water across the Midwest and the southern United States.

Perchlorate is another very dangerous substance that is commonly found in our drinking water.  According to the NRDC, perchlorate has been discovered in water supplies “in at least 26 states”…


This widespread toxic chemical, used in rocket fuel, explosives, and road flares, can interfere with thyroid hormone production. Perchlorate has been detected in the water in at least 26 states, yet there is no federal standard for its presence in drinking water.

Of course lead in the water has been getting a tremendous amount of attention because of what happened in Flint, Michigan.  The lawsuits that will come out of this case could take decades to resolve…

Flint’s water problems began in April 2014, when the city, in an attempt to save money, switched the town’s water source from Lake Huron to the Flint River. In the switch, officials failed to add a $200-per-day anti-corrosion agent that would coat the city’s antiquated pipes. The omission would prove disastrous as lead from the pipes began to leach into the water that flowed out of the tap, endangering thousands of children. Officials asserted it was “safe to drink,” above the outcry of residents who suspected the brown, odorous water was contaminated.

The first outbreak of Legionnaires’ disease — a serious type of pneumonia caused by Legionella bacteria — hit by summer. According to the water crisis interim investigation report released last week, Lyon and others knew about outbreaks for nearly a year before the public was notified and an emergency was declared. In all, a dozen people died from Legionnaires’ disease, though residents suspect there may be other victims who were never tested for the bacteria.

But Flint is far from alone.  In fact, this week there have been headlines about serious problems with lead in the water in Chicago.

Wherever there are old pipes, lead in the water is potentially a massive problem.

Conducted by the Environmental Protection Agency, it is the largest study of water coming out of wastewater treatment plants.

It looked at samples from 50 large-size wastewater treatment plants nationwide and tested for 56 drugs including oxycodone, high-blood pressure medications, and over-the-counter drugs like Tylenol and ibuprofen. More than half the samples tested positive for at least 25 of the drugs monitored, the study said. High blood pressure medications appeared in the highest concentrations and most frequently.

“We were surprised to find that many drugs occurring across all the wastewater plants,” said Mitchell Kostich, the EPA research biologist who led the study. “We were also surprised to see so many drugs of a particular class—the high blood pressure medications—appear at those levels across the board.”

So those that drink tap water coming from these polluted systems are actually ingesting small amounts of dozens of different pharmaceutical drugs every single day.

No wonder so many of us are walking around like zombies.

So how did all of these drugs get into the water?  The following comes from WebMD…

According to the investigation, the drugs get into the drinking water supply through several routes: some people flush unneeded medication down toilets; other medicine gets into the water supply after people take medication, absorb some, and pass the rest out in urine or feces. Some pharmaceuticals remain even after wastewater treatments and cleansing by water treatment plants, the investigation showed.

Are you starting to understand what an environmental nightmare we are facing?

But in addition to everything that you just read, many water systems around the country actually add toxic substances to the water purposely.

Of course the most prominent example of this is fluoride.  We are told that fluoride “reduces cavities” even though this has never been scientifically proven.  But what we do know is that fluoride is a highly dangerous neurotoxin that can have a very serious impact on early childhood development…

Scientific investigations have revealed that fluoride is an endocrine-disrupting chemical,1 and a developmental neurotoxin that impacts short-term and working memory, and lowers IQ in children.2 It has been implicated as a contributing factor in the rising rates of both attention-deficit hyperactive disorder (ADHD)3,4 and thyroid disease.

And we also know that fluoride can cause a condition known as “fluorosis”, and the introduction of fluoride into our water systems has coincided with a dramatic rise in fluorosis all over the nation.  In fact, more than half the children in the entire country have now been affected…

According to research presented at the April 2017 National Oral Health Conference in Albuquerque, New Mexico, 57 percent of youth between the ages of 6 and 19 years have dental fluorosis, a condition in which your tooth enamel becomes progressively discolored and mottled, according to data from 2011 to 2012.1

In addition, studies have shown that fluoride can also contribute to “cancer, heart disease, diabetes, obesity and neurodegenerative disease.”

All of us should be able to agree that we need to do whatever we can to keep the water that we are drinking clean and safe.

But until we can get this done, I would encourage everyone to either filter their drinking water or to get it from a source that they know is pure.

By drinking such polluted water, we are literally poisoning ourselves and our children, and we have no choice but to get this problem fixed.