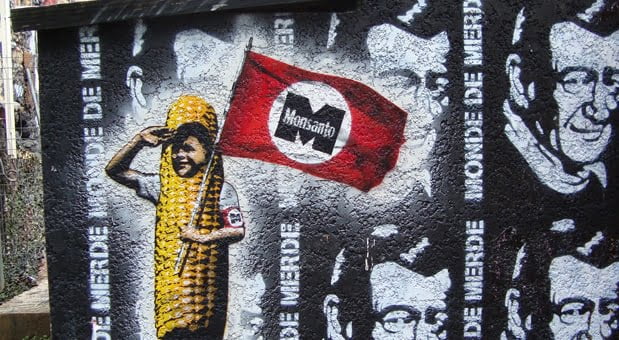 According to documents recently released amid a lawsuit against Monsanto regarding the safety of glyphosate, a widely used herbicide, a prominent academic from Stanford University allowed the agrochemical giant to pen an op-ed in his name. It was subsequently published in Forbes magazine.

Henry I. Miller, a Robert Wesson Fellow in Scientific Philosophy and Public Policy at the Hoover Institution at Stanford University, has long been an ally of large agricultural companies, as well as the tobacco industry.

In 2015, shortly after the International Agency for Research on Cancer, a branch of the World Health Organization, ruled that glyphosate was a “probable carcinogen,” an email sent to Miller by Eric Sachs, a Science, Technology & Outreach Lead at Monsanto, invited him to write about the decision:

Are you interested in writing more on the topic of the IARC panel, its process and controversial decision? I have background and can provide information if needed. The outcome is embargoed but will be communicated as early as next week.

This brief email not only established that Miller and Sachs had previously interacted, but that the company was directly asking Miller to comment on the IARC decision.

Miller’s response reveals his complicity and willingness to let Monsanto control the narrative:

“I would be if I could start from a high-quality draft,” he responded, adding that he was “inundated with projects.”

“We have a draft nearly done and will send to you by tomorrow,” Sachs responded, and just hours later, sends over a draft. “Here is our draft…It’s still quite rough… but a good start for your magic…” he wrote.

Miller eventually passed this draft on to Forbes without disclosing that Monsanto had written the bulk of it. When Forbes learned of his 2015 arrangement this month, they removed the article, though CBS published a PDF version of most of its contents.

In the article, Miller cautioned against trusting any U.N. agency. He argued that the EPA and ECHA (European Chemical Agency) had not previously found these active ingredients to be likely carcinogens (unsurprisingly, the agrochemical has influenced these agencies and, in the case of the EPA, Monsanto’s own research has been used to approve glyphosate products).

After discussing the difference between “hazard” and “harm,” Miller argued that “the reality is that glyphosate is not a human health risk even at levels of exposure that are even 100 times higher than the human exposures that occur under conditions consistent with the product’s labeling.”

Of course, mounting research disputes his assertion, as do plaintiffs in multiple suits of workers exposed to the chemical who eventually developed cancer.

This isn’t the first time Monsanto has attempted to influence the media and scientific research.

According to other leaked internal emails exchanged about a month before the IARC decision in 2015, Monsanto Product Safety Assessment Strategy Lead William Heydens discussed ghost-writing research and having academics put their names on it. Addressing toxicologist Donna Farmer in an email titled “IARC planning,” Heydens wrote:

“An option would be to add Greim and Kier or Kirkland to have their names on the publication, but we would be keeping the cost down by us doing the writing and they would just edit & sign their names so to speak. Recall that is how we handled Williams Kroes & Munro, 2000.”

Monsanto has vehemently denied that this email proves they ghost-wrote the Williams, Kroes, and Munro article, claiming it was taken out of context.

But that email is far from their only indicator that they have attempted to influence the conversation surrounding their products. Even so, Monsanto is far from the only powerful conglomerate to attempt to exert control over narratives, scientific research, and government agencies. Companies like Coca Cola and Pepsi have also backed academic studies and “health groups,” and pharmaceutical companies also influence research, which governmental agencies often use to approve their products.

All the while, as their misleading practices are exposed, they continue to suspend reality in the hopes of convincing others their backroom dealings are legitimate. As Monsanto VP of global strategy Scott Partridge said after Miller was exposed:

“That was a collaborative effort, a function of the outrage we were hearing from many people on the attacks on glyphosate. This is not a scientific, peer-reviewed journal. It’s an op-ed we collaborated with him on.”