Prepare For Change
Home Awakening 12 CRITICAL EVENTS THAT ARE GOING TO HAPPEN OVER A 40 DAY... 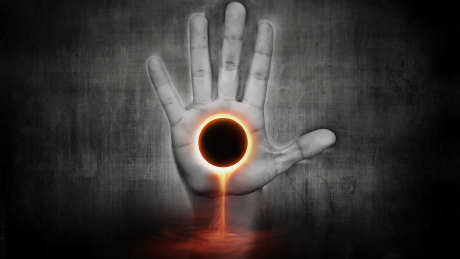 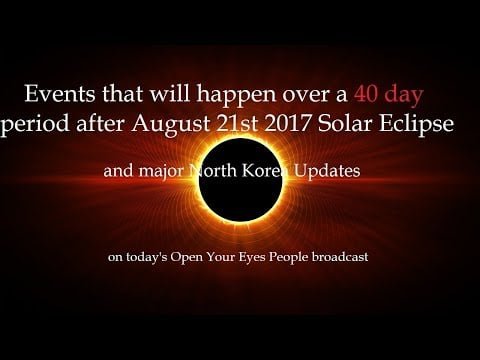 We are about to witness an extremely unusual convergence of events that many believe could represent a major turning point for our nation. By now you have probably heard that on August 21st a total solar eclipse will move across the entire continental United States for the first time in decades. In fact, we have not seen a total solar eclipse cross from the west coast to the east coast in 99 years. And it will be the very first total solar eclipse that is only visible in this country since the United States first became a nation. Starting with that event, there is going to be a whole lot going on until we reach the end of September. The following are 12 critical events that are going to happen over a 40 day period from August 21st to September 30th…

August 21 – The “Great American Eclipse” will sweep across portions of Oregon, Idaho, Wyoming, Montana, Nebraska, Iowa, Kansas, Missouri, Illinois, Kentucky, Tennessee, Georgia, North Carolina and South Carolina.  Seven years later, another very unusual total solar eclipse will move across our nation, and when you plot the paths of both eclipses on a map, they form a giant “X” right over the center of the United States.

An exercise sponsored by FEMA and the U.S. Department of Energy set to take place on August 23 called EarthEX2017 will wargame responses to catastrophes such as mega earthquakes, cyber terrorism or high altitude electromagnetic pulse attacks.

The exercise will simulate a “subcontinent-scale, long duration power outage, with cascading failures of all other infrastructures,” according to the official Earth Ex website.

“Black sky events” are defined as, “Catastrophic occurrences caused by man or nature that bring society to its knees.”

September 1 – The U.S. State Department’s ban on U.S. citizens traveling into North Korea goes into effect.  Many are concerned that this is yet another sign that we are moving toward war with North Korea.

September 23 – This is the date of what has become known as “the Revelation 12 sign”.  If you are not familiar with this alignment yet, the following is a very brief summary…

On September 23rd a unique astronomical alignment of the Sun, Moon, constellation Virgo, constellation Leo, and planets Jupiter, Mars, Mercury, and Venus is going to fulfill this passage from the book of Revelation:

And a great sign appeared in heaven: a woman clothed with the sun, with the moon under her feet, and on her head a crown of twelve stars.  She was pregnant and was crying out in birth pains and the agony of giving birth.

September 24 – Very important national elections will be held in Germany.

September 29 – Yom Kippur begins at sunset, and it concludes on September 30th.  Of course September 30th will be the end of a 40 day period that began back on the day of the Great American Eclipse on August 21st.

September 29 – U.S. Treasury Secretary Steven Mnuchin says that the debt ceiling will be breached on this day if Congress does not raise it by then.

September 30 – If Congress does not pass a budget by the end of this day, there will be a government shutdown just like we witnessed in 2013.

On top of everything else, the month of September is when the Federal Reserve is scheduled to begin unwinding their 4.5 trillion dollar balance sheet…

The other big market force that could ruffle markets is clearly the Fed, which is expected to begin the untested task of unwinding its $4.5 trillion balance sheet in September.

In addition, it is very interesting to note that a large asteroid will come within 4,200 miles of our planet on October 12th…

The asteroid has not been seen since its 2012 discovery, when it sped past Earth at about one-fourth the distance from Earth to the moon. It’s been too distant and too faint to be detected over the last five years. As it starts to approach Earth this summer, large telescopes will be used to detect it and re-establish the asteroid’s precise trajectory.

So what does all of this mean?

I don’t know, but I am sure that I will receive even more criticism for putting this list together. Those of us that monitor global events and warn about where things are headed are often highly criticized. But in this day and age, we desperately need independent thinkers that are willing to challenge the system. Way too often people just go with the herd and will believe whatever the mainstream media tells them to think.

Never let someone else do your thinking for you.  Investigate things for yourself and come to your own conclusions.  Learning to think critically is one of the most important skills that you can have, and you will find that it is one of the most common traits among those that are truly “awake” to what is going on in the world.

The truth is out there, and if you diligently seek it you will eventually find it.

Delivered by The Daily Sheeple

We encourage you to share and republish our reports, analyses, breaking news and videos (Click for details).

Contributed by Michael Snyder of The Economic Collapse.

Michael Snyder is a writer, speaker and activist who writes and edits his own blogs The American Dream , The Truth and Economic Collapse Blog.