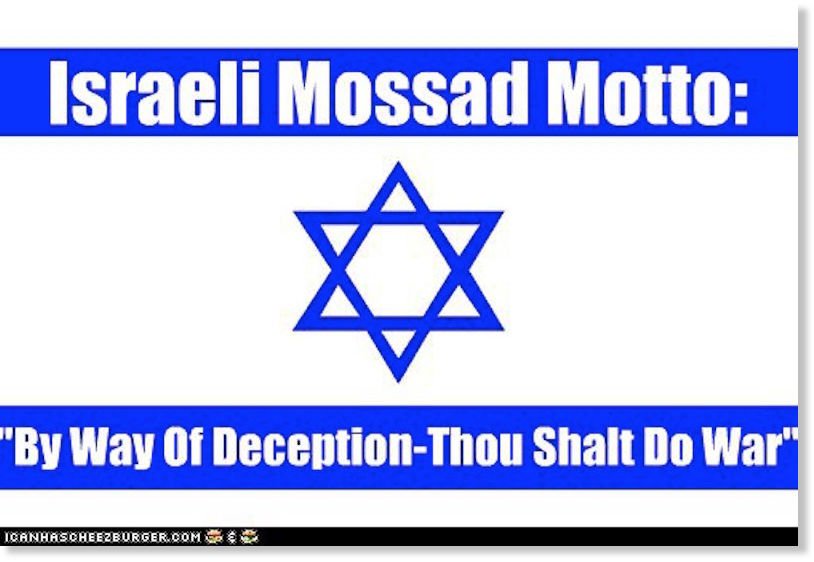 [Editor’s note: We have known for a long time that US, Israeli & Saudi officers were leading ISIS, this latest incident is just further proof of that. Ian]

Libyan authorities arrested a leader and mosque preacher of the ISIS terrorist group who later confessed to be a Mossad officer.

According to the Libyan authorities, preacher Abu Hafs’ real name is Benjamin Efraim, an Israeli national operating in one of Mossad’s special units which conduct espionage operations in Arab and Islamic countries.

The Libyan authorities said the Mossad spy has started his career in Libya by leading a 200-member ISIS-affiliated group and moved to Benghazi in disguise as a preacher.

According to them, Abu Hafs had attempted to infiltrate Egypt, adding that the group, under his command, is among the most barbaric terrorist groups which had threatened to export war to Egypt.

The report came in the backdrop of a number of reports that said ISIS Leader Abu Bakr al-Baghdadi was also a Mossad agent although no credible evidence has yet been presented to substantiate the claim.

When the terror outfit attacked Iraq and conquered Mosul some three years ago, numerous reports have surfaced the media disclosing that tens of Mossad agents are leading ISIS fighters.

The report came as speculations are increasing within the ranks of ISIS over the possible successor of Abu Bakr al-Baghdadi after the recent reports about his death.

According to last month reports, ISIS’s leader in Libya Jalalulddin al-Tunisi and ISIS’s leader in Syria Abu Mohammad al-Shamali are the main two picks to lead the terrorist group after al-Baghdadi.

Jalalulddin al-Tunisi, whose real name is Mohammad Bin Salem al-Oyoni, was born in 1982 and is a resident of the town of Masaken in Souseh province in Central Tunisia.

Al-Oyoni has also acquired the French nationality after his trip to the European country before joining terrorist groups in Tunisia in 2011-2012.

American and Iraqi sources claimed that six commanders of ISIS, including a Belgian-Algerian and a French member of the terrorist group are read to be the successor of al-Baghdadi.