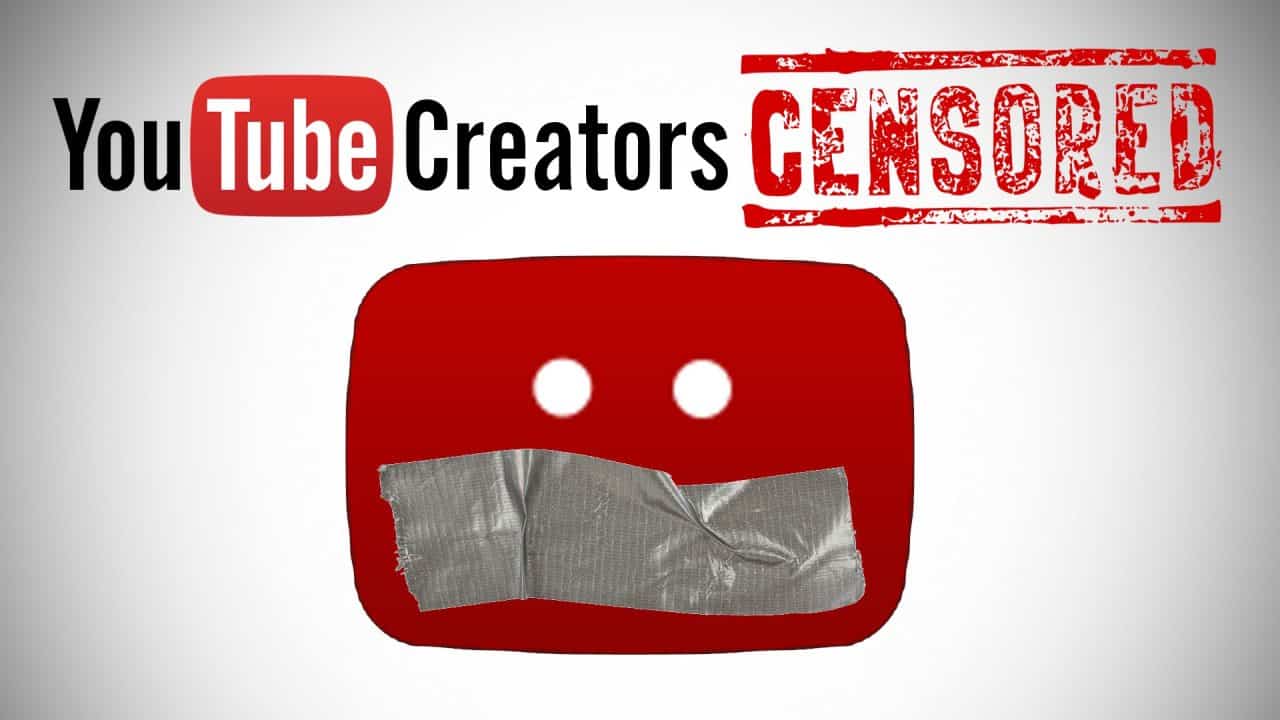 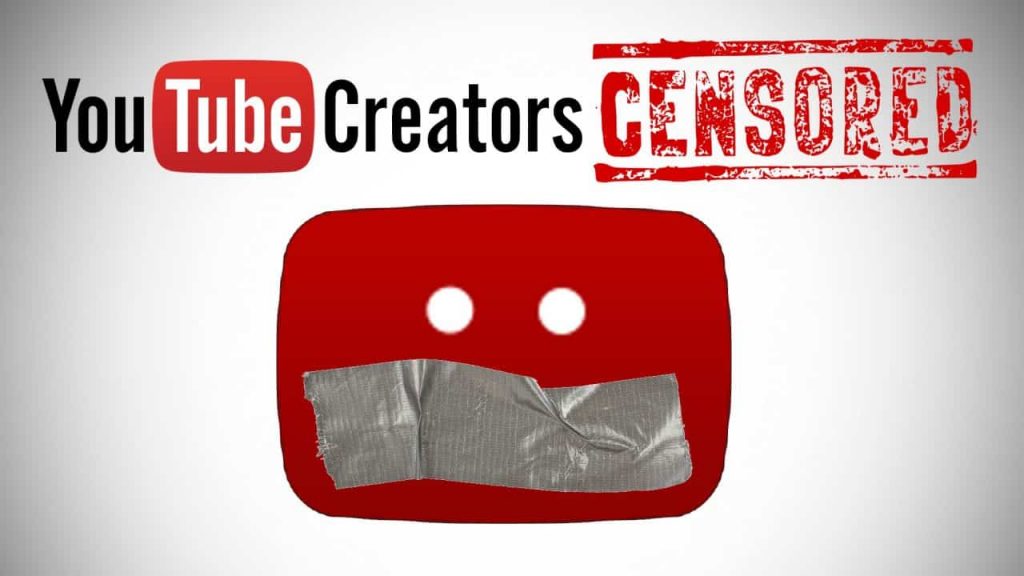 Google’s chairman is Eric Schmidt, also a member of the Trilateral Commission and a died-in-the-wool Technocrat who is bent on imposing his ideology on the entire world. His platform has become his sledge hammer. Expect censorship to increase along with howls of protest from users. ⁃ TN Editor

YouTube has announced a new system to catch and flag what it calls “controversial religious and supremacist” videos hosted on the platform. The platform plans to hide these videos from wider audiences, and demonetize them to prevent their creators from earning revenue from YouTube.

To crack down on offensive content, the company is using a combination of machine learning and volunteer “experts” to flag that needs review. It also plans to implement “tougher standards” for videos that are controversial but do not violate the site’s terms of service.

YouTube says it isn’t going to remove the borderline content entirely, but will instead place these videos in a purgatory state preventing them from being monetized or promoted. To facilitate these changes, YouTube will be artificially altering its search algorithms to prevent offensive topics from discovery.

We’ll soon be applying tougher treatment to videos that aren’t illegal but have been flagged by users as potential violations of our policies on hate speech and violent extremism. If we find that these videos don’t violate our policies but contain controversial religious or supremacist content, they will be placed in a limited state. The videos will remain on YouTube behind an interstitial, won’t be recommended, won’t be monetized, and won’t have key features including comments, suggested videos, and likes.

According to YouTube, the system, while largely automated, will mix in human reviews in the form of its already established “Trusted Flagger” volunteer program that works with over 15 institutions to deal with extremist content, including the Anti-Defamation League.

The ADL recently released a list naming members of the “alt-right” and the “alt-lite,” the latter of which included controversial YouTube personalities like Gavin McInnes, Mike Cernovich, and Brittany Pettibone. Curiously, the ADL is selective in what it chooses to label as “extremism.” It does not have violent far-left ideologies like Antifa and militant leftist organizations like Redneck Revolt on its radar.

It’s worth noting that the “Trusted Flagger” system was later transformed into the much maligned “YouTube Heroes” program, which invited the public to help moderate content. It was heavily criticized for giving social justice activists the power to manipulate the platform.

Despite the apparent focus on targeting extremism, YouTube’s announcement includes the company’s efforts to artificially promote videos through its “Creators for Change” program, which in YouTube’s own words pushes creators who are “using their voices to speak out against hate speech, xenophobia, and extremism.”

High-profile feminists, including Franchesca Ramsey, are listed as ambassadors and fellows. Notably absent is Laci Green, whose strong 1.5 million subscriber count earns her top billing as the site’s most popular feminist. Green has come under fire from social justice advocates for opening dialogue with anti-feminists.

“If a video doesn’t break YouTube’s terms of services then they absolutely SHOULD NOT be attempting to dampen the reach of the video any further,” said YouTuber Annand “Bunty King” Virk, who raised his concerns with The Daily Caller. “Who determines what’s passable and what isn’t? At what point do we finally realize that saying the right thing isn’t always about saying what people want to hear?”

“By these standards, if YouTube existed previous to the Emancipation Act, they’d be censoring videos criticizing slave owners, since being anti-slavery wasn’t popular… at all,” he added. “The popular opinion isn’t always the right opinion.”

Matt Jarbo, who goes by MundaneMatt on YouTube, shared his views with The Daily Caller on the move. “They know its almost a non-issue completely,” Jarbo said. “But due to the controversies surrounding those videos, they’ve gotten a much larger spotlight than they deserve.”

“I do not trust their ability [to automatically flag extremist content],” he said. “I think they have an algorithm in place to help combat those issues, but it’s not narrow enough to not impact the skeptical/anti-SJW content.”

YouTuber Jeff Holiday told The Daily Caller that he doesn’t worry about the policy affecting his revenue, as he’s already diversified his income with other platforms, but worries that the crackdown will affect other creators.

“The move to counter extremist content is of course a good one in theory,” Holiday said. “But the language used in their announcement does not fill me with confidence it will be restricted to legitimate extremism. I remain optimistic but wary.”

“YouTube has a clear bias given who they choose to promote for free on their site such as Francesca Ramsey who perpetually produces vastly disliked videos,” he remarked.

“That isn’t to say there is a case for them censoring controversial content. I’ve had a few videos marked advertiser unfriendly, but it hasn’t been something perpetual. But hearing they might crack down further does concern me greatly. Again, not for the income, but for the potential disincentives it may cause future creators of controversial politics.”

“I do think there are valid concerns in Google possibly funding legitimate extremist enterprises, but the fact is that people like to abuse systems, especially automated ones,” said YouTuber Chris Maldonado, who’s also known as Chris Ray Gun. “It’s really only a matter of time before this backfires in some ridiculous way.”

The curator of Undoomed, a channel that regularly makes light of social justice warriors, shared his concerns about YouTube’s new direction.

“No one can really say who’s going to be impacted by this new road map, and that’s the point isn’t it? If their policies and terms of service aren’t there to help guide creators anymore, then why even have them? So really, anyone could be at risk without even knowing it,” he said.

“I have no problem with YouTube cracking down on terrorist recruitment videos and the likes,” clarified Undoomed. “What I don’t understand is how such videos could’ve possibly been considered acceptable under the extant TOS and policies.”

“I think there is a high probably for collateral damage with this new attitude,” he said. “Some people could conceivably consider skeptics and anti-SJWs ‘extremists,’ while all we are doing is arguing for a little common sense, and of course for freedom of speech as demanded by the Constitution.”

“My suspicion is that ‘trusted flaggers’ is just a code word for the ‘usual suspects’. i.e. the same type of radical left-wing reactionaries that have reshaped Twitter into an Orwellian nightmare,” he concluded.

Ian Miles Cheong is a journalist and outspoken media critic. You can reach him through social media at @stillgray on Twitter and on Facebook.