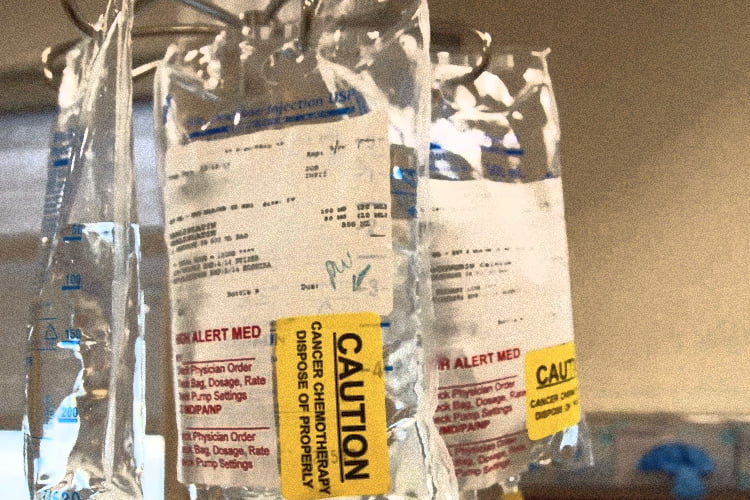 Yet another study has been published proving the link between chemotherapy and aggressive cancer promotion. Do we need any more evidence that the trillion-dollar cancer industry is completely toxic?

The article summarizes a study conducted by researchers at the Center which found that radiation and chemotherapy treatments which seek to treat cancer by killing tumor cells are actually causing cancerous tumors to grow larger and more prolific.

A team that included researchers from BIDMC have shown that the dead and dying cancer cells generated by chemotherapy and targeted cancer therapy paradoxically trigger inflammation that promotes aggressive tumor growth.

The researchers suggest that chemo and radiation cause inflammation in the body, which contributes to cancerous tumors. The “unintended” consequence of these treatments is to cause cancer, not cure it.

“In this study we demonstrate that chemotherapy-generated debris from dead and dying tumor cells can stimulate tumor growth, which has pivotal implications for the treatment of cancer patients,” said senior author Dipak Panigrahy, MD, assistant professor of pathology in the Department of Pathology. “Conventional cancer therapy designed to kill tumor cells is inherently a double-edged sword.”

With this, and another study that we recently highlighted at Mind Unleashed, titled Neoadjuvant chemotherapy induces breast cancer metastasis through a TMEM-mediated mechanism, which proved that chemotherapy caused breast cancer cells to multiply, it is mind-boggling that we still spend upwards of $107 billion on cancer each year currently.Despite years of research suggesting that chemo and radiation can cause cancers to metastasize, usually within just six months after treatment, this information has been suppressed.

Most ironically, metastatic cancer treatments may include biological therapy, radiation therapy, surgery, or a combination of these, despite the now glaring evidence that these“therapies” are carcinogenic and life-damaging.

The underlying cause of cancer, inflammation, has also been referenced in recent articles by Mind Unleashed. We talked about how this single cause is the root of most diseases – including cancer.

While a natural inflammatory process starts when chemicals are released by damaged tissues in the body – say from an injury or due to exposure to a foreign pathogen, over time, chronic inflammation can cause DNA damage and lead to cancer.

For example, people with chronic inflammatory bowel diseases, such as ulcerative colitis and Crohn disease, have an increased risk of colon cancer, but guess what? People that undergo radiation and chemotherapy cause a cycle of chronic inflammation to begin in the body almost guaranteeing that they will cause their cancer to spread.

Then there’s another study from Emory University, titled, “Imprint of Chemotherapy Linked to Inflammation in Breast Cancer Survivors.”

How about some long-term side effects from traditional chemotherapy and radiation cancer treatments? What’s listed? Inflammation.

The Canadian Cancer Society admits, too, that one side effect of chemotherapy is inflammation.

Not to beat a dead horse, but here’s another oncological study that says specifically, “Inflammation has been identified as a hallmark of cancer and may be necessary for tumorgenesis and maintenance of the cancer state.”

Many people are still convinced that cancer treatments like chemo and radiation are life-saving, but what is more likely happening is that the treatments temporarily prolong life and kill cancer cells, while eventually leading to a recurrence of the cancer.

Patients go into remission, thinking that everything is o.k., and then sure as the sun shines, the chronic inflammation caused by their treatments end up spreading the cancer stem cells to other places in the body, in some cases even causing the cancer to become systemic. This is why you will see the majority of cancers return in less than a year when chemo and radiation are the sole forms of treatment.

While chemotherapy and radiation may cause cancerous cells to shrink, these therapies are a gateway for aggressive cancerous tumors to grow. This makes cancer almost impossible to treat (even by natural methods) once it spreads to multiple other organs in the body.

The hard line truth? Chemotherapy can cause cancer to spread. Is that really a side effect we should continue paying for this “short term solution” when hundreds of other natural cancer treatments cause cancer to dissolve on its own?
Read in:
Français